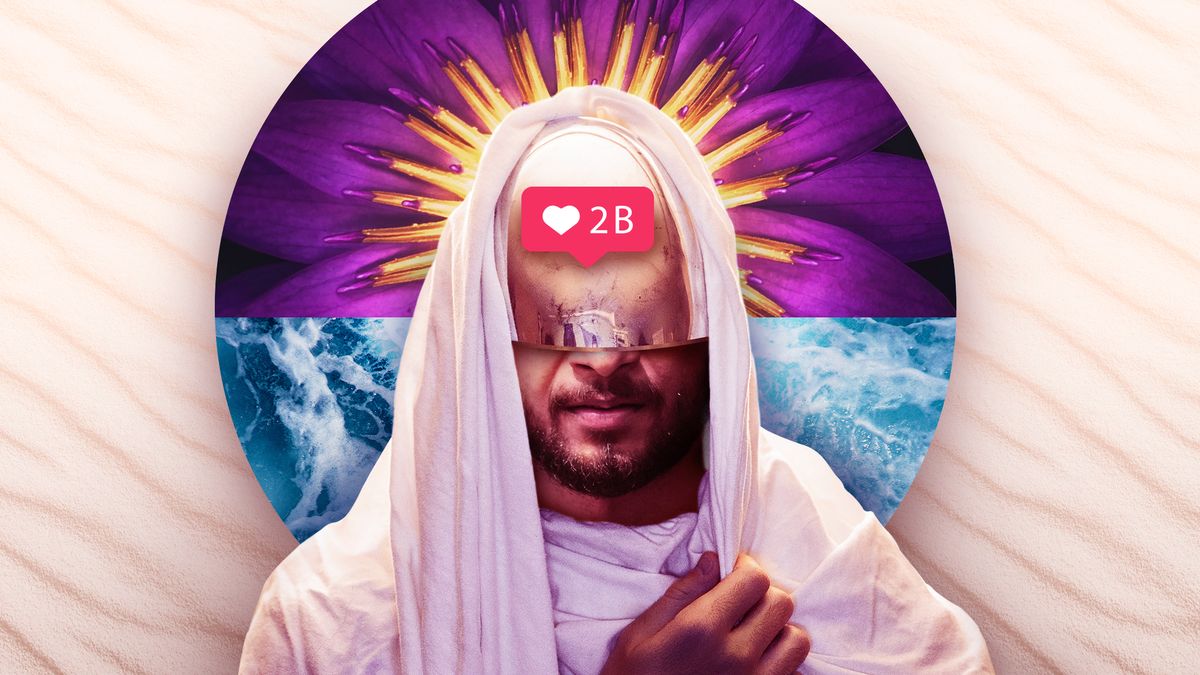 No, It's Not Some Fever Dream. Saturday's Warrior Really Happened (Eli McCann, The Beehive)

A step-by-step recap you didn't know you needed of a 1989 film called Saturday's Warrior about a premortal family who leaves fog heaven to come to Earth and face the trials of environmentalist teens and unexplained disabilities. "'We’re gonna have a hell of a time, Jimmy,' the guy with the hair says. When I was a child there was a family in my neighborhood who recorded Saturday’s Warrior onto a VHS tape when it aired on KBYU, but they hit pause for the above line so their copy wouldn’t have the word “hell” in it and one of the children in that family told me my family were sinners because we watched the unedited version. There’s Mormon, and then there’s edit-Saturday’s-Warrior-for-content Mormon."

Some Assumptions About The LDS Millionaire Looking For His Wife (Meg Walter, The Beehive)

You could meet a nice guy, or you could be the victim of a serial killer’s elaborate scheme. “We Utahns have grown accustomed to embarrassing billboards that reference Kolob or home teaching in an effort to sell real estate or cool sculpting. And billboards that yell at us about Cosmo containing porn. So the fact we’ve all noticed and are talking about The LDS Millionaire ads speaks to how weird this whole thing is and how aggressive The LDS MIllionaire’s marketing team is being. I mean, it’s no Cavalia campaign, but there are eleven billboards advertising The LDS Millionaire, and lots of mortified drivers wondering who this guy is and why he's dragging all of us into his search for a wife.”

Could this 'Bible for millennials' lead young people back to church? (Emily Hoeven, Deseret News)

Millennials have a reputation as whiny pisspants that try to apply Instagram filters over real life. Older generations are disturbed by these youngsters communication skills (what does the eggplant emoji even mean?!) and willingness to lol at the idea of organized religion. How can the devout win over these Fortnite-scrambled minds? With a millennial Bible. A company called Alabaster Co. is creating Instagram-like books based on each book of the Bible. One of the founders offers up a truly breathtaking quote: “If we’re trained to skim, because we primarily read articles on our phones ... we’re going to have a difficult time sitting down to read a chapter of the Bible. We’re going to want a very simple translation, or images with Scripture quotes on them that are easily digestible, tweetable, meme-able.” To all the older folks who just had a seizure, we apologize. Maybe this will help: “When it comes to getting people back in the pews, faith groups have to reckon with the distinction between making faith more accessible and flattening faith into another consumer product.” Is everyone above the age of 40 dead yet? If not, we have one more: “If you look at millennials and Gen Zers, we’re very visually based people. Everyone has a smartphone with a camera. Everyone is consuming visual media. We wanted to bring that to a faith-based context or brand.”

A local pisspants broke into a medical center because he wanted a gumball machine. True story. He bypassed drugs and money in favor of a giant machine filled with gum, smashing a window and stuffing his prize in the backseat of his car. Security cameras caught Bazooka Joe’s performance and left viewers with one question: who loves gum this much? Dr. Mary Tipton said, “We have patients that come all the time and they like to have maybe a gumball as a treat after they get a shot or something. In fact, we had a 16-year-old in tears yesterday because she couldn’t have a gumball after her shot and she’s been doing that for 16 years.” Sounds like somebody loves bubble gum more than our thief! Are these people unaware Costco sells a year’s supply of gum for $15?

A 14-year-old boy made the unfortunate decision of getting an Egyptian chest tattoo for $40. Discount tattoos come at a cost, and in this case it’s a class B misdemeanor of unlawful tattooing of a minor. A 20-year-old woman is being charged after tattooing the boy, his 18-year-old sister (her tattoo cost $5, which is a helluva deal), and taking them both to Maverik. Now that’s the true crime! Police questioned the woman and she told authorities she thought he was 17, not knowing it’s still illegal to tattoo a 17-year-old without a parent’s consent. Alibis are hard. So is getting outed as a Maverik lover. Hopefully everyone learns their lesson here and stops purchasing 60 oz. sodas.

A young lad gets tattooed and heads to Maverik.