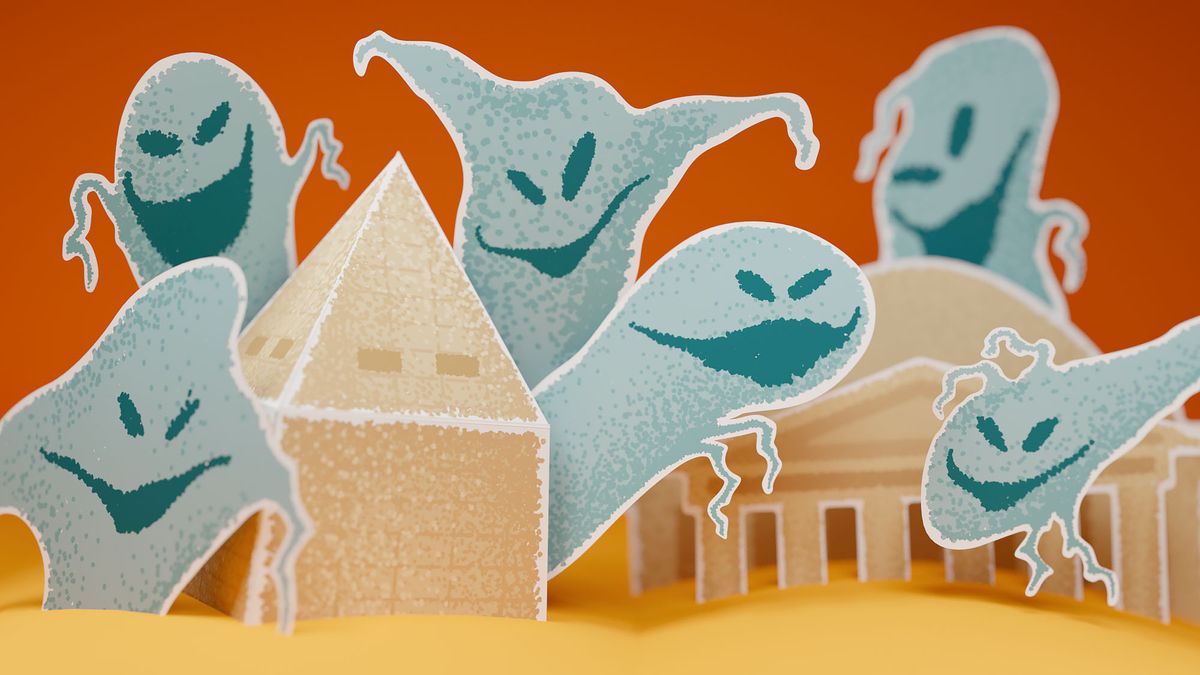 I started believing in ghosts when one nearly tackled me to the ground.

You read that right. A few years ago, I was working in Washington, D.C. and often found myself walking around the city in the early darkness after work.

One evening, I was headed toward my volunteer position at Ford’s Theater and had just left the metro at Gallery Place. Suddenly my bag was violently grabbed by someone. There was enough force to nearly knock me off my feet. I swung all my weight around, looking for my assailant. But when I looked around, nobody was there. Not only that, but there were no bushes, fences, or anything but open air around me for several yards in all directions.

I quickly turned and started walking again, feeling unsettled. As I looked around at the old buildings around me, I remembered something an old coworker had said to me years ago:

I was working in an office on the corner of South Temple and Main Street in Salt Lake City, right where all the action was. I was speaking with a coworker in front of the conference room window, which looked out over Temple Square and the Joseph Smith Memorial Building.

My coworker was going into detail about the structures that had occupied this space before our modern office building. At one point, he turned toward me and said, “Just think about all the people who have lived and died right in this very spot.” I nodded. And gulped. And proceeded to get scared whenever I worked late alone from then on.

As I walked toward my destination that night in Washington D.C., I looked around at the generations-old buildings. “Just think about all the people who have lived and died right in this very spot.” Terrifying.

After that experience, I would often feel a tug on my bag, arm, or clothing as I walked around downtown D.C. It happened about half the time when I ventured into the blocks around the White House at 1600 Pennsylvania Avenue. After each experience, I became more and more used to it.

At first, I would swing around and never find a person there. Eventually, I would simply readjust my bag or my clothing, and continue on as if nothing happened. I mean, it wasn’t that inconvenient. Eventually, it didn’t even bother me.

Sometimes I think about what I would do if I was a ghost—if I was trapped in a space where no one could see or hear me for eternity. I think the sheer isolation and boredom would lead me to act out in strange ways, like tugging on an unsuspecting pedestrian’s coat. That’s how I picture it: a bored immortal soul, doomed to stroll the streets of our nation’s capital, trying to find enjoyment and a thrill. And then they see me, hurrying along in my ill-fitting suit and work bag, and they think, “Yeah, that’ll be a laugh,” and nearly tackle me on the sidewalk next to Shake Shack.

And honestly, I hope the ghost enjoyed my performance. If my embarrassment means they get a moment of meaning, so be it. I’m good with that. I just make sure I don't think about it too hard when it’s the middle of the night, and I’m all alone in my dark, quiet room trying to sleep.