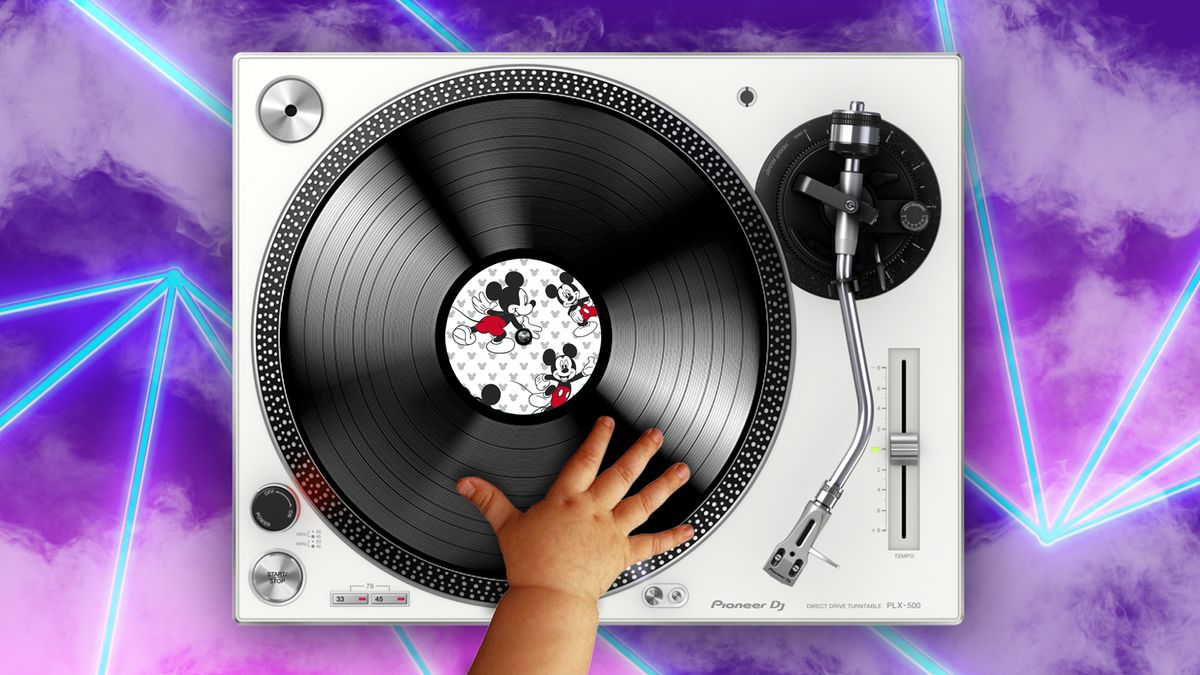 The PTA at my daughter’s elementary school planned a beginning of the year party for the kids. They sent a flyer home from Back To School Night announcing the event, whereon the function was titled “Rave Dance Party.” I regret not holding onto the flyer for evidence, but if I’m not diligent about moving papers directly from my kid’s backpack into the recycling bin, I will soon die of paper suffocation and the authorities will find me buried under a pile of fundraising announcements and math assignments.

The “rave dance party” was held in the gym. Remember how big the gym in your elementary school felt when you were in first and second grade? As an adult it’s alarming to see your kids’ school and realize that the average elementary school gym is not the size of a NASA shuttle storage facility, but the size of a hamster cage. So fifty or so small children crammed onto the tiny linoleum gym floor and a DJ, likely a kind dad volunteer, spun the hottest KIDZ BOP tracks. The 6 and 7 year olds hoola-hooped and did the limbo while parents made small talk and tried not to notice how smelly the cramped room was becoming. They served dirty sodas in Dixie cups in the adjacent cafeteria. It was the most mild party I’ve ever been to and I spent all of my college years at BYU.

Once while a student at BYU, I attended a Friday night party that was just a Rock Paper Scissors tournament. We drank Sprite and spent upward of three hours watching rock crush scissors and paper cover rock until a final coed was declared the winner.

At a different party we watched the Disney animated version of Robin Hood while some kid in the corner quoted every line until his roommates eventually begged him to stop and he sulked away to his bedroom.

Most of the “parties” I attended at BYU were food-based. Waffle parties. Crepe parties. Cake parties. Omelette parties. At these parties we ate waffles or crepes or cake or omelettes. That’s it. That’s all we did. Ate and then went home a little fatter.

The “rave dance party” was even tamer than any of those parties. My kid had a great time and I drank two Dirty Diet Cokes. We left satisfied, impressed with the PTA, and not tripping on ecstasy. That last part is important to the rest of the story.

The following Wednesday, the school principal included a paragraph in the weekly newsletter that goes out to all the parents praising the rave dance party and thanking the PTA:

I’d be lying if I told you that second email didn’t give me a good laugh, because coming up with a specific school’s definition of a “rave” is something that I'm sure has never been done before..

But then I just felt bad, when, an hour after the clarification, the principal sent a revised newsletter with a modified paragraph praising the event and thanking the PTA, this time omitting “rave” from the function name:

I felt bad because one has to surmise that the principal received a complaint, or multiple complaints from parents, about the use of the word “rave” in the name of the event. The event that already happened. The event where, as far as I know, no one dropped acid.

Is “Rave Dance Party” a good name for a children’s event? In this writer’s opinion, no, but only because it’s clunky and repetitive. Call it a rave or call it a dance party. And honestly, I prefer rave because it brings back fun memories of the late nineties, when adults would speak in hushed tones of youths in clubs with their glow sticks and pacifiers. A time when NightLine would run stories about the dangers of techno music. When the visiting police officers and DARE bikers at our school assemblies would warn us against taking party drugs, as though nine year olds living in Provo, Utah would have access to MDMA.

I haven’t heard the term “rave” used in serious conversation in at least twenty years, and I would guess the term now carries about as much weight as souping. It feels as harmless as “disco.” Had the PTA named the back to school event “Disco Dance Party” no one would assume their kids were invited to a cocaine-filled night à la Studio 54. I thought enough time had passed for rave to become a sanitized and re-appropriated term. But it seems some parent, or parents, felt differently.

Okay, fine. Maybe “rave” is still a taboo and loaded term. Maybe parents are just as concerned about raves now as they were in 1997. And I understand that all any of us want is to protect our kids. But I do not understand how complaining about the name of an event after the event’s conclusion protects anyone or serves any purpose other than to embarrass the PTA and school administration.

Do you know how much the members of the PTA make? Zero dollars. Do you know how hard it is to spend time and energy on something and make no money? Very. Last year I volunteered to help with one, and only one, PTA party. I complained about how tough it was for weeks after and am still mentioning my good deed in conversation and articles on the internet whenever possible so people know how selfless I am.

Planning and executing an event that entertains children, appeases parents, and raises money for the school seems a feat no group of mortals with jobs and children and shows on Netflix to watch should be able to accomplish. Yet the PTA at my daughter’s school did. I witnessed it.

So it bums me out that someone or multiple someones took the time and energy to criticize a slightly edgy word choice in the name of an event that already happened and where no one as far as I know was roofied when there are so many other, bigger things to care about. Can’t we all be cool? Or does life have to imitate art?

Of course, I am assuming, perhaps wrongfully, that it was an upset parent or multiple parents who complained about a slightly edgy word choice in the name of an event that already happened and where as far as I know not a single molly (tablet?) was ingested. I’d hate to make an ass out of both u and me, so let’s consider an alternative reason for the elementary school principal sending a number of emails defining a rave dance party:

It’s possible that a rave dance party flyer escaped the weak grasp of a small child leaving Back To School Night. It’s possible that the loose flyer was carried on the wind to a nearby neighborhood, where it softly landed on the front mat of a house where a man lives. This man might be an aging Gen-Xer, overcome with the ennui of approaching middle age. The existential dread may have lifted for a moment as he opened his front door and saw the word “rave” on a flyer. Warm memories of days gone by may have overtaken him as his pulse quickened. The nights spent in dark clubs with good friends are nights he thought he would never get to live again, but it appeared life was giving him one more chance to rave like he once had. In his excitement he might have scanned the rest of the flyer for a date and time while neglecting to read the text explaining the true nature of the rave dance party, ie, a party for children.

This man might have marked the date and time on his calendar. Maybe he reached to the back of his closet and pulled out his old mesh tank and leather pants. He probably ordered glow-in-the-dark-body paint and candy necklaces from Amazon. Enough to share. He might have waited with glee for the night to finally arrive, and while he might have thought it strange that the rave was scheduled to start at 5:30 pm, he might have decided not to get too hung up on the little details of the opportunity to, for just a single night, relive his youth.

He might have arrived at the elementary school, EDM blasting from his car stereo, and parked alongside a long line of minivans. He might have walked into the fully lit school and followed the signs, clearly written in the penmanship of a mom volunteer, to the rave dance party. He might have even walked into the tiny, smelly gymnasium with the dad spinning KIDZ BOPS and the parents sipping Diet Mountain Dew laced with pomegranate juice, and only then realized he had made a huge mistake, and life, in its cruel way had not afforded him the chance to rave just one more time. Frustrated and humiliated, he may have turned on his heel and ran back to his car, sped home, and typed an impassioned email to the elementary school principal whose contact information I guess he googled? Then the elementary school principal happened to see that email right after she sent the weekly newsletter and then felt compelled, out of pity for the aging Gen-Xer, to send a follow up defining a rave and then resend the newsletter? Honestly this explanation starts to fall apart the more I think about it. I said it was possible, not likely.

But it’s the explanation I prefer because it’s the explanation that let’s me believe we’re all letting the PTA, who are volunteers, and the educators, who are certainly not making enough to spend all day with our children, name their parties whatever they’d like and we’re just grateful that they’re doing such a good job and working so hard to make our kids’ school experience a good one. These people deserve nothing but...wait for it...rave reviews.