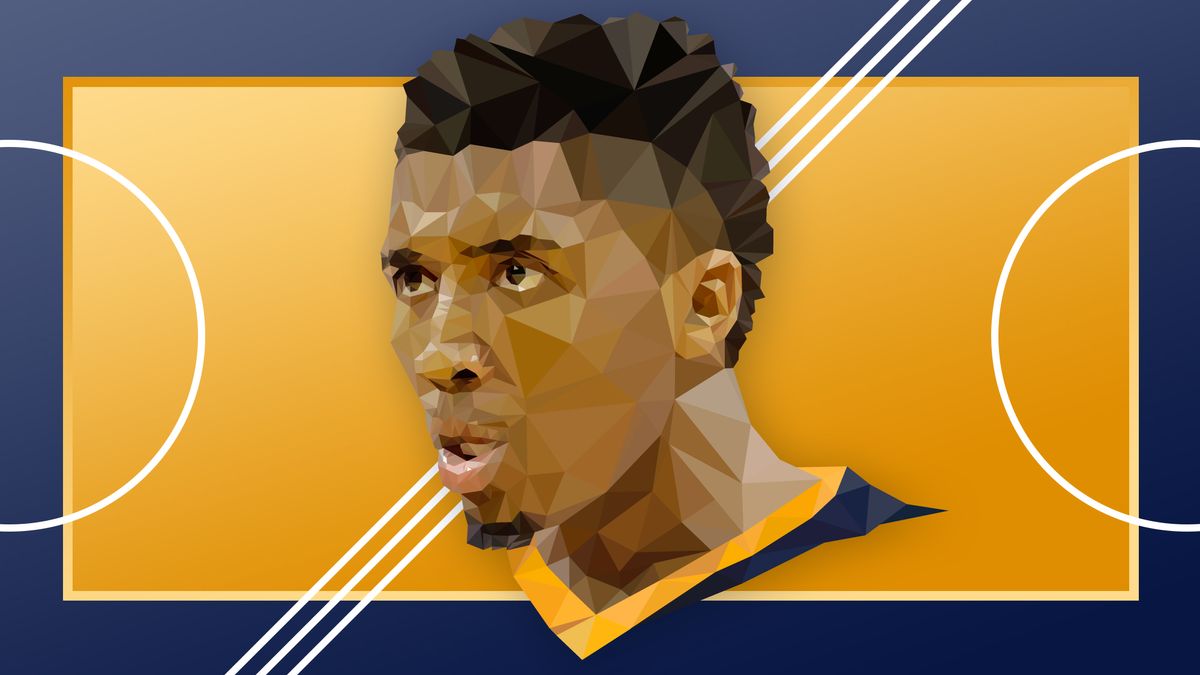 Is Donovan Mitchell good at basketball?

It’s unfathomable Utah obtained his rights for Trey Lyles and Tyler Lydon. As all mathematicians know, 2 TL’s ≠ 1 DM. In one year, Mitchell ascended from little-known Louisville dynamo to NBA star, leaving Jazz fans willing to trade their spouses, children, and houses to watch him play. When he averaged 20+ PPG during the regular season, our state gasped, “I’m in love!” and Governor Gary Herbert declared Mitchell the official owner of all our National Parks and unclaimed wild horses. He bumped that to 24+ PPG during the playoffs and Senator Orrin Hatch was so befuddled, he forgot the placement of his glasses.

By the end of his rookie season, Utah Jazz fans were eating out of his hands like a flock of championship-hungry birds. I would personally eat any edible arrangement offered and served by Mitchell, the hearty morsels would increase my athletic ability and allow me to clown Russell Westbrook any time I see fit.

Is Donovan Mitchell the best basketball player in the state of Utah?

Yes, Donovan Mitchell is the best basketball player in the state of Utah.

With apologies to Joe Ingles, Ricky Rubio, and the 14th Haws brother currently playing at BYU, the only real competitor is Rudy Gobert, the French Gumby who has made Utah his home. Gobert’s pros: can’t be scored against in the paint, catches and dunks lobs within 15 feet of the basket. Cons: sometimes loses the use of his hands on offense, less than ideal from the charity stripe. Since garnering major minutes, Gobert has transformed Utah’s defense and attitude. He is a baller, but Mitchell is an uber-baller. I chronicled Mitchell’s athleticism and dunking in an earlier Beehive piece — it’s special. Ask Lonzo Ball. Or Trevor Ariza. Or Zach Randolph. Or Nic Batum. Mitchell lives to put-down and puts-down to live.

His growth was exponentiated by an uncanny ability to consume game film and immediately utilize new concepts, turning untapped potential to plentiful bucket$$$. His three-point range caused Craig Bolerjack to froth at the mouth on multiple occasions. His pick-and-roll mastery caused David Stockton to faint four times, convinced he had seen the shifting ghost of his dad. It’s possible Mitchell’s smoothness with the basketball is what causes Gobert’s hand numbness, but we can’t be sure until confirmed by medical testing.

Though to be honest, the pickings are quite slim. Orrin Hatch is a name always bandied about, though it’s hard to call someone son when they are technically the great-great-great grandfather of everyone in the state. There’s a bunch of religious figures, Osmonds, and Beaver-native Butch Cassidy that we’ll take a hard pass on. Stockton/Malone is probably the gold standard but it doesn’t matter — Mitchell is all these figures rolled into one. He dispenses charity and happiness with biblical grace, plays drums with the musical deftness of an Osmond, possesses swagger to rival Cassidy. His basketball powers are immense and growing, and he never forgets to pay homage to those who paved the way.

The day Mitchell shows up on gameday in a brand-new Dodge minivan, Utah is 110% his.

Can Donovan Mitchell single-handedly inspire the NBA to place a Jazz home game on Christmas Day?

Christmas is usually a disappointment — family drama sparks to madness, questionable drinking leads to questionable eating, and no Jazz basketball. This year our fortunes change. Santa has packed Donovan Mitchell and Damian Lillard into a neatly-wrapped, red-and-green box with specific instructions for a December 25 delivery to Vivint Smart Home Arena. It has been 21 years since Utah played on Christmas Day and only Donovan Mitchell could change the NBA’s mind.

Before Mitchell, Santa brought garbage presents like church socks and wireless headphones that didn’t fit our ears. No more. Our dreams are now realized: Christmas Day basketball served up like succulent ham, with Mitchell consuming Blazer souls like healthy scoops of funeral potatoes. Santa had one job to do and he couldn’t even do it. Now in addition to his duties as Utah’s go-to scorer, Mitchell must shoulder the responsibility of replacing Santa. His teammates will be resting on Christmas Eve — Mitchell will dye his goatee white and crossover unsuspecting reindeer, leaving presents and broken ankles scattered in his wake. All mathematicians agree, Spida > Santa.

In addition to playing superb basketball and serving as Santa’s substitute, should Donovan Mitchell be charged with taking over Utah’s government and creating state law?

Yes, Donovan Mitchell should continue playing superb basketball and serve as Santa’s substitute, while also being charged with taking over Utah’s government and creating state law.

We currently have a group of wind-up politicians that derive energy exclusively from turnkeys installed on the lower portion of their backs. If Donovan Mitchell could be wound up, he would jump through the roof of Vivint Smart Home Arena and leave a perfect circular window into the hazy SLC sky. Channel that energy into political change and we’d live in a perfect utopia void of pollution, pornography, and eternal road construction. Would the same man who set fire to OKC in Game 6 demand I-15 rebuild projects until the end of time? No way. With his newly installed turnkey, Mitchell could time-travel back to 1847, enlist the help of Brigham Young and his somber band of pioneers, and pave the entire state of Utah in smooth gray cement. People in 2018 could drive anywhere with reckless abandon and there would be zero incidents of road rage or traffic congestion — what a world it would be.

Is Donovan Mitchell the Lord and Savior of Utah’s championship hopes?

Yes, Donovan Mitchell is the Lord and Savior of Utah’s championship hopes.

Utah’s championship drought is well-documented, taken to the brink in 1997 and 1998 before MJ pushed it back to reality. Unfortunately, the Golden State Warriors have the NBA championship on lockdown for the foreseeable future — fortunately, Donovan Mitchell is 21 and the Jazz have time to wait and grow. What can the Jazz be with Mitchell at the peak of his powers? Is it unrealistic to think the Jazz could be title contenders? As a man who just envisioned Mitchell time-traveling to 1847 and using Brigham Young as a cement foreman, I say no. Utahns understand droughts and how to survive them. We only run sprinklers at sanctioned hours. We drink water once per week during the summer, supplemented with soda and coconut syrup. We dream of championships but wake to hard nightmares of Withey, Koufus, and Fesenko. Mitchell is the way out — a league defined by stars requires the brightest to win a championship. I’ll show up at his doorstep with a carton of wax and Carlos Boozer’s hair polish if it results in a “Utah Jazz: NBA Champions” banner being raised to the rafters of Vivint Smart Home Arena.