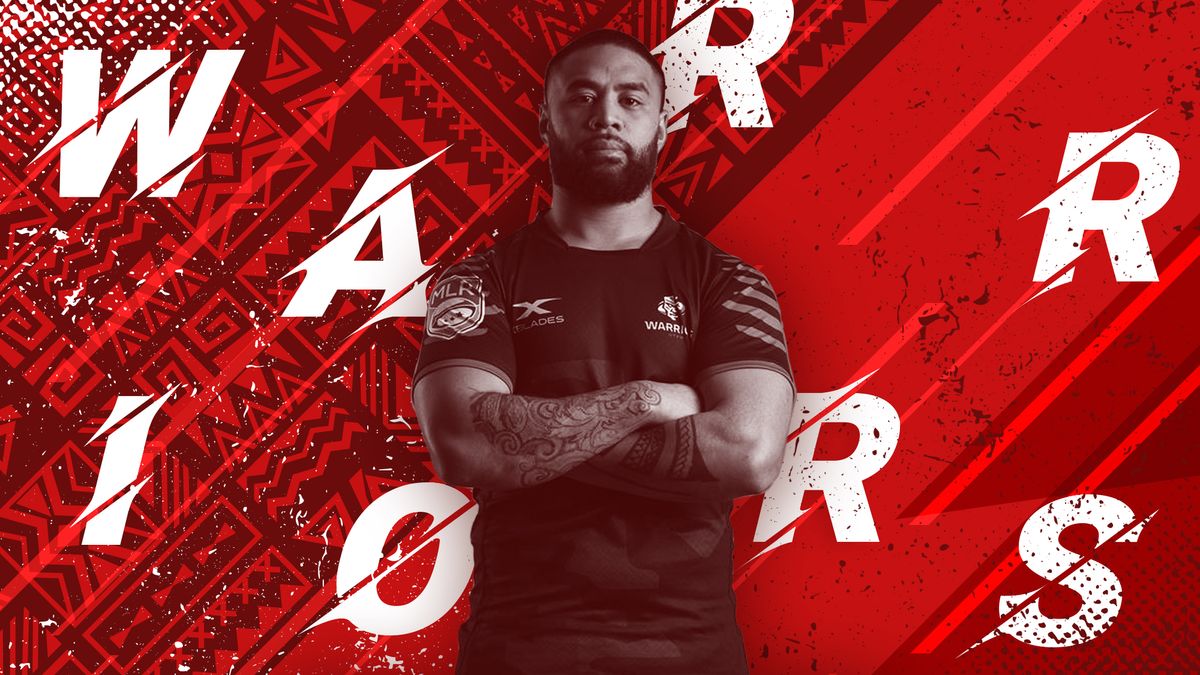 It’s said that opposites attract and for the purpose of this article, I believe it to be true. This year brought the debut of Major League Rugby, a professional rugby league consisting of seven American teams. One of those teams is the Utah Warriors, who play their home games at the brand-new Zions Bank Stadium in Herriman. The season opened on March 30 and I immediately began hearing whispers of a sport both fast and furious. I had to check it out.

Let me be very clear: I am not a man who craves physical contact. In my younger days, the most intense thing I did was play pickup basketball. That’s it. I played city league basketball and ran between the three-point lines, playing against dudes with soft bellies that would absorb me into their marshmallowy confines. At times, it was quite pleasant to drive into the lane and sink slowly into the warm, damp flesh of my competitors — no matter how hard I tried to create shooting separation, I just ended up finding a spare bit of belly to rest on until the shot clock expired. Again, this is the most physically demanding thing I’ve ever done.

Shockingly, I’ve even regressed from that point. Now I wear moisture-wicking polos and if anyone looks at me for longer than two seconds, I fall to the ground and frantically cover the frames of my prescription glasses. When offenders have offered to help me rise, I immediately fake an elbow injury to avoid even the slightest hint of human contact. Even my current behavior (the physical act of hitting keys on the keyboard) is too much, I’ve already taken six breaks to ice my fingertips and rub smelling salts beneath my nose. If I pass out mid-article due to the sheer force of typing, I apologize in advance. This is who I am.

In preparation for the game, I did some homework. And when I say homework, I mean I read this PDF that explains basic concepts of rugby. By the time I finished, I considered myself a rugby semi-expert and immediately added that skill to LinkedIn. Rugby has a dynamite vocabulary. Listen to some of these terms and let your imagination run wild: ruck, maul, hooker, scrum-half, knock-on, Number 8. Well, don’t let your imagination run wild on hookers, this is a family site and I will not condone such blasphemous thoughts. But it’s evident rugby has the best terminology in sports. What words could better describe this game — where each side attempts physical domination — than ruck and maul?

May 11, I mustered up enough courage to attend a game: Utah vs Austin Elite Rugby. On a cold, wet night, I entered Zions Bank Stadium armed with a notebook, multiple handkerchiefs to clean rain off my glasses, and an umbrella to keep my handkerchiefs dry. It was beautiful. I know this is the first time “Herriman” and “beautiful” have shared adjacent sentences, but give Herriman a break. It’s described as a fourth-class city by our state’s government and that seems incredibly rude — I think it’s only fair that the scales are balanced with a first-class training facility. Enter Zions Bank Academy, a sprawling complex built by RSL owner Dell Loy Hansen for the Real Monarchs and used by the Utah Warriors. The crown jewel is Zions Bank Stadium, a 5,000 seat outdoor venue tucked against the western mountains, overlooking the eastern valley. As the fog rolled in and rain fell through giant streams of stadium light, I took in a sports setting that was near perfect.

I used to work out at a gym and assumed that would be max exposure to beefy lads. Wrong. I arrived pre-game and walked the sidelines, a scrawny dweeb marveling at the size of other men’s legs. Even the smaller players (and that’s a relative term) sported quads and hamstrings bigger than my entire body. You would think that muscle mass would limit quickness but no, everyone was approximately 4x faster than me. Nobody wore pads. I briefly imagined the task of a rugby man — here, tackle this 220-pound human barreling full speed towards you, no it’s not a mid-size sedan, merely a top-tier athlete who wants to destroy your body and soul — and thought, “I’m good.”

The match began and after the fiftieth monster bashing, I understood why everyone on the sidelines needed multiple ice packs. At halftime I took two of the packs and covered my eyes, hoping to reduce the swelling that came from witnessing the violent force and volume of contact. Watching enormous, non-padded humans smash one another has its moments, both good and bad. Sometimes it was an electric adrenaline rush, repeat collisions forming a breathtaking spectacle. One particular goal line stood out, bodies hurling against each other with thick, meaty thuds. And then one of those collisions would result in immense harm — the Warriors’ Jared Whippy would be stretchered off in the second half with a leg injury — and I would think, “How does any team field a full roster over the course of a season?” I still don’t know the answer to that question.

Rugby people get mad about American football comparisons, but please bear with this poor, uneducated rugby man. I grew up on a steady diet of Nebraska Cornhuskers triple-option football, the quarterback deciding between three choices: keep, fullback dive, tailback pitch. Rugby is the triple-option stretched to infinity. When things get humming, there’s a long diagonal line of players keeping or pitching. For an option man like myself, it’s nirvana. It led to the game’s most exciting moments, when one person would break a tackle and screech into open field, the crowd roaring approval. Watching Utah and Austin trade laterals back and forth reminded me of a simpler time, when Nebraska mauled opponents and scoffed at the forward pass. Rugby takes it a step further — forward passes are illegal, replaced by tight, crisp backward pitching. I’m here for it, drown me in laterals and I’ll die a happy man.

In the end, the Warriors beat Austin 41-22. Things got tight in the second half before Utah pulled away, scoring the final 14 points of the night. It was Utah’s first league win of the season. The night was a terrifying yet stimulating experience — continuous enough to hold my attention, jumping between fast and physical with a moment’s notice. Some of the mauls were so fierce I would stand and shout, “Ruck me sideways!” which I’m pretty sure is the correct usage. I was such a good rugby man that when several people in my section told me to ruck myself with my umbrella, I beamed with happiness and accepted their words with immense pride.

I’m still amazed that no one wears pads. I could show up, try to play in knight’s armour, and be decimated in seconds. I would be dead but at least the metal plating would make my quads look bigger. Utah Warriors rugby has ascended to Herriman’s number one attraction, beating out the Cafe Rio dining experience by leaps and bounds. And with Herriman a rugby town and me a newfound rugby man, I can legally be considered a citizen of Herriman. So I call upon my fellow Herrimanians: do not stand by as second-rate politicians call us fourth-class citizens. I dare those hoity-toity government officials to show up at a Warriors home game and say “fourth-class” to our faces, we will revolt and break them into tiny pieces of suit and old parchment.

(Editor’s note: The Utah Warriors wrapped up their season on June 30 with a 34-21 playoff loss to the Glendale Raptors, finishing the regular season at 3-6.)