Baking For the End of the World 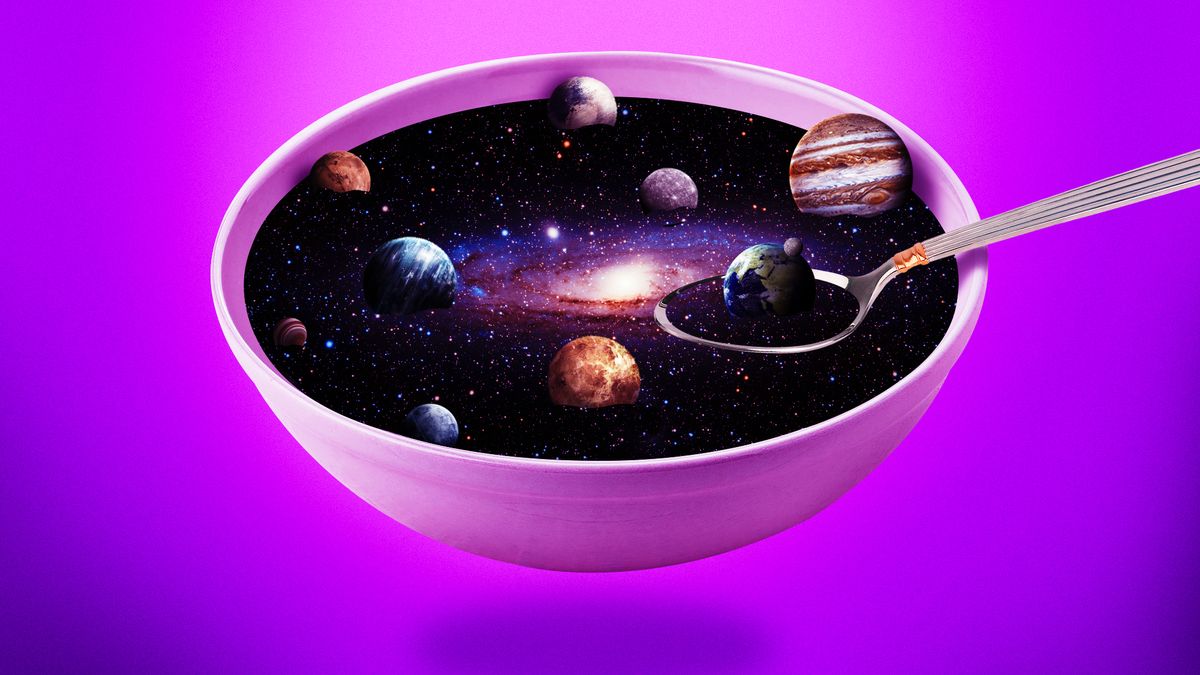 An hour after my house stopped shaking, I turned on The Great British Baking Show. I couldn’t not.

I felt a little embarrassed because let’s be honest, this show is not Fleabag. Last time my husband caught me watching it, he asked (not with judgment but simply confusion) “This again? Isn’t it...sort of the same thing over and over?”

Yes, I told him, yes it is. And yet for some reason this reality talent show is one I come back to time and time again.

It is the show I watch when things get bad. Up until this week, I didn’t understand why.

Growing up, the most magical spot in our home was the kitchen counter where the baked goods sat. More often than not, I would come home from school to find a tupperware full of Jubilee Jumbles, maybe a foil-wrapped loaf of banana bread. It appeared there as manna from heaven; a steady comfort against the tumult of teenage years.

I remember waking up on Sundays to the ear splitting sound of my mom’s wheat grinder. She baked from her food storage, turning a bucket of inedible grains into chunky loaves of homemade bread we would devour as soon as they came out of the oven, slathering them with thick pats of butter and homemade jam.

Here I must admit that I don’t really know how to bake. Is this a skill that died with my generation? Will I be motivated to learn when I have more mouths to feed? Whatever the reason, my baking is essentially limited to a single oatmeal chocolate chip recipe.

I know this recipe by heart. I know, at all times  whether I have the ingredients to make my cookies or not, and if I don’t I feel a slight panic until I can get to the grocery store and restock my baking bin.

Every time I watch The Great British Baking Show, I lament my lack of variety in the baking department. I vow that this is the month I will finally attempt the Victoria sandwich. Maybe a Bakewell tart? Maybe a treacle tart, which I learned is a real thing and not just from Harry Potter!

When I watch this show, I usually end up making my cookies. While they’re no swiss roll, they scratch the itch for something homemade.

I first started watching The Great British Baking Show when I was working full time from home and feeling intensely, unexpectedly lonely.

I thought I would boycott it once Mary Berry was gone, but after I gave birth to my first son three months ago, I started back up again. The show was a comfort during 3 AM feedings, emotional nourishment I needed while figuring out how to feed a tiny human.

I have tried watching other shows that mimic its format. Making It has Amy Poehler and Nick Offerman judging Etsy-certified crafters. Next In Fashion stars Tan France and Alexa Chung judging talented fashion designers’ sartorial skills. These are big names! Entertainers I love, and yet none of their shows can touch the charm of The Great British.

The problem with these others is they’re too subjective -- who can really say whether one treehouse or red carpet look is “better” than another? When I watch them, I crave the certainty of TGBBS. I may not know how to bake, but I know that if you “oondeprove” your bread it will come out flat. If you “ovewehk” the layers of your pastry, it’ll be ruined. There is a consistency and predictability within baking that evens the playing field for its contestants. Sure, each brings their own talent and creative flair. But at the end of the day, the success of your bake is determined by whether you know the rules of baking or not.

The world of TGBBS is where I want to live: creative, but controlled. There are stakes, which seem very high, but are in fact as underwhelming as Paul Hollywood saying, “It’s a shame.”

Failure on this show is not demeaning, it will not ruin your life or send the internet trolls to your Twitter. It is a reality show that presents the world as I wish it was.

My isolation began in a tiny hospital room where I was rocketed into a motherhood I tried but could never have prepared for. It continued with a doctor’s order of 12 weeks crowd-free, to fight the worst flu season in decades.

We stayed home and washed our hands. We welcomed many generous friends who brought dinner, but never gathered with more than 10 people. I soaked in my healthy son, loving him more than I thought possible while simultaneously descending into the dark place I go to when I am home for too long alone.

I knew what isolation would be like for me; I’d found it years ago when I first was working from home. When I first became acquainted with Mary and Paul.

My husband and I counted down the days until we could take our boy outside, and then the news came that instead of us leaving quarantine, the whole world would be joining us at home. We tried to laugh at the irony - the exact day we’d set as our “George can meet the world” day was the day the first mandates went into place.

I made a rare escape to the grocery store to see firsthand what was filling my feed -- empty shelves and manic shoppers. Scarcity in the flesh.

Do you know what the winner of The Great British Baking Show gets? I remember wondering as I watched the first season finale.

“Maybe their own bakery?” I mused.

Both of us were stunned, perhaps even appalled to see that the winner of this 12-week talent show is rewarded a cake plate.

That’s it! A measly little cake plate! It did not (still doesn’t) compute, because we are too American.

But that’s the charm of this show -- the purity of it. Forget semi-professional crafters, or certified fashion designers. TGBBS elevates amateurs, who bake for nothing more than the joy it brings to them and their people. It’s the full time engineer who brings his rulers and mathematically-planned bakes to the tent. The 20-year-old cool kid who spends nights and weekends baking for his mates at uni. These contestants span every age and style and situation, but they speak the shared language of baking -- a language I recognize.

When I think back to my mom’s homemade bread, it did not take the place of our Grandma Sycamore’s store bought loaf. We did not desecrate it with PBJ. Mom’s bread was a different food group entirely. Looking back at it now, her bread feels like a symbol of abundance, of time and effort and love.

I watch The Great British Baking Show for the same reason the bakers go on it -- because baking is a love language, and I first learned it at home.

After the earthquake, we had the conversation I’m guessing (hoping?) a few others had: looks like we should have stocked up more on our food storage. Is it too late now?

It’s caused us to think about necessity and abundance. We’ve tried not to let the panic drive us to start hoarding, while also feeling acutely aware that if something truly devastating hit, we would not be as prepared as we’d like to be.

During the whole of our isolation, we’ve eaten treats for comfort -- chocolate or Cheez-Its, cheap thrills that usually make us feel worse in the long run. The other day we realized we were even running low on these fixes.

“We could make cookies,” I suggested, then wondered immediately, but is that really a good use of two eggs?

If the world ends, will I be the fool who spent her last stick of butter on oatmeal chocolate chip cookies?

I let the question sit in my mind for a couple days, not wanting to answer it. By the time Friday rolled around, we were exhausted. There had been too much time at home, too little social interaction, too much worry over how to raise a child in this new world.

And so I flipped on my favorite end-time TV show, needing an escape into the world as I wish it was. Where there is risk but also order. Where everyone has each other’s back. Where even the worst that can happen is really not so bad at all.

I pulled out my flour, grabbed two eggs from the fridge, and started baking for the end of the world.