Ben Won’t Get A Cat

By The Beehive
Features Strangerville Live 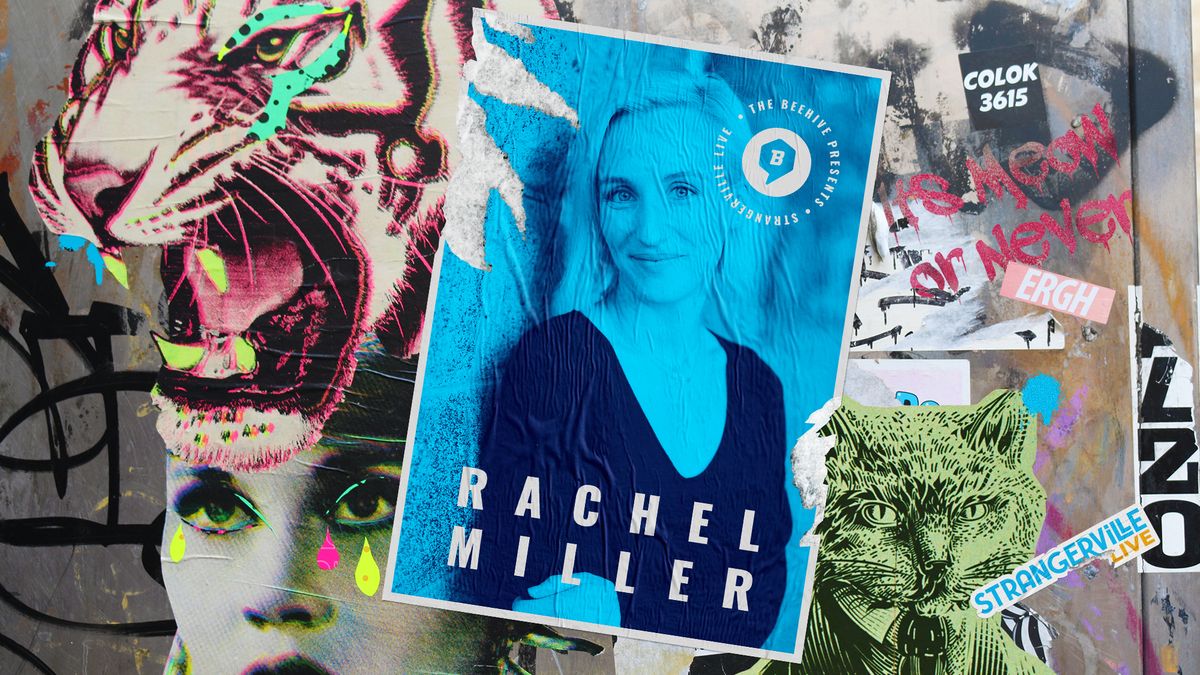 Rachel Miller told her story at Strangerville Live, a storytelling event hosted by The Beehive, earlier this year. A written version is included below.

I grew up with a dog, several cats, a chinchilla, lizard, and a frog. I really like animals and I always assumed I would get a dog or cat, or both, when I was a real grown-up.

My husband Ben had a fish one time, and that was about all he ever wanted pet-wise.

We knew we had this disagreement looming in our future, and when we bought a house a few years ago the possibility of a pet became more real. I decided it was time for me to start pushing Ben towards pet ownership. I thought a cat would be a good stepping stone for Ben, because having a cat is basically like having half of a dog: half the size, half the work, half the emotional investment, half the fun.

I knew Ben was going to be really grouchy about getting a cat, but I knew he would come around. I knew I could trick him into getting a cat; he would be all mad at first, but in the end he would love it. I knew this because I did years of scholarly research on BuzzFeed about men who change their minds about wanting cats. For example, this article called “19 Dads Who Didn’t Want A Cat And Came Around Real Fast.” Look at this dad! He didn’t want a cat and now he’s showing her YouTube videos! BuzzFeed would never lie to me!

The perfect opportunity to ease Ben into cat ownership came when my cousin asked us to watch his cats for a weekend. My cousin told me that one of the cats, who I will call Nice Cat, was very playful and friendly. The other cat, who I will call Jerk Cat, would leave us alone unless we tried to interact with it in any way, and then it would try to kill us. I thought, this is perfect! Nice Cat will show Ben how fun and sweet cats are, and Jerk Cat will just hide and be low-maintenance and out of the way. Win-win. Pretty soon I knew Ben would be just like that guy from the BuzzFeed listicle “15 Boyfriends Who Really Didn’t Want A Cat But Caved In No Time.” Look at this boyfriend! He didn’t want a cat and now they’re playing Nintendo together!

My cousin dropped off the cats and sure enough, Jerk Cat disappeared under the couch and Nice Cat played with my kids. Everything was going as planned.

I was relieved because this was my only chance to get Ben on the cat train. We’d had some bad experiences with cats in the recent past. A few weeks after we moved into our house, we started smelling a smell. And at first we thought it was just an old house smell. Just a really bad musty old house smell. And then one day Ben was following a pipe into our basement that went into the crawlspace. Our crawlspace is a pretty good size and has a dirt floor, and all over the dirt floor, from the surface to about five inches deep, Ben found tons and tons of moldy cat poop.

I was pregnant at the time, and cat poop can be really toxic if you’re pregnant, so tragically I could not help him clean up the poop. He called his friend and they spent an entire Saturday cleaning out the crawl space. There was so much cat poop that there wasn’t enough space for it in our garbage can. It took us two or three weeks of taking the trash out to get rid of it. And then the smell didn’t go away, so we ended up hiring a professional cleaning service to re-clean the crawlspace. Ben’s whole cat crap cleanup adventure ended up being basically pointless. But it was still really fun for him and a great life experience.

Anyway, for some reason Ben was in an anti-cat mood, and he was inexplicably really mad at me for offering to watch my cousin’s cats. But of course this weekend would go perfectly and by the end Ben would be like this husband, from the BuzzFeed article “18 Husbands Who Were Wrong About Not Wanting a Cat.” Look at this husband! He said he didn’t want a cat and now he’s giving her rides through the house on a beach towel!

Nice Cat and Jerk Cat were both great while the kids were awake, but later in the evening they started exploring our house. To me they were acting like perfectly normal cats, smelling the rug, jumping onto the furniture, walking…around. But every time the cats moved Ben had a full-body spasm. He thought it was so gross that they would walk on the table, and at one point they jumped on the couch next to him and he yelled, “They just don’t listen!” Like, Ben, have you ever heard of a cat before? Not listening is kind of their thing.

At this point I started to wonder if maybe Ben wasn’t going to end up in a Buzzfeed article about “22 Dads Who Fell In Love With The Cats They Never Wanted.” (Look at this dad! He thought he didn’t want a cat but now he takes his cat for walks on a cat leash!) It seemed impossible, but Ben was not finding these cats charming.

I finally decided to trap the cats in the basement so Ben could get some sleep and I could avoid couple’s therapy. Our basement has a narrow doorway at the foot of the stairs, but it doesn’t have a door. So I brought down all the cat supplies, grabbed an old blanket and some tape, and started constructing a barrier. It took some time because I kept knocking down one side as I worked on the other, but I finally got the blanket over the doorway. Then I took a baby-gate and put that at the bottom of the blanket. My theory was that if the cats tried to get through they would run into the solid baby gate and assume the whole barrier was solid. It was a great plan! Fool-proof, even. I finally got the blanket and the kiddie gate up. The Cat Barrier was built, but I still had to find the cats and get them into the basement.

Nice Cat was easy to find, and I got him downstairs and into the basement, no problem. But Jerk Cat was hiding under the couch, hissing at me. He was really big and muscly and I knew he was not going to come quietly.

Luckily, I have some experience dealing with jerk cats. My parents have a jerk cat, and with their cat I’ve developed a technique to get her to go where I want her to go.

What you do is grab the cat around the middle and hold it a couple of inches above the ground so their feet still reach the floor. Then, it’s kind of like playing Mario Kart—you direct the cat where you want and it has to walk on the floor to keep up with you, and its feet are so busy walking that it can’t scratch you. I finally extracted Jerk Cat from his hiding place and I started Mario-Karting him towards the stairs. I got him down the stairs just fine, but I knew I wasn’t going to be able to pin him with just one hand and open up the blanket to put him in the basement. So I asked Ben for help. Ben didn’t have to touch the cat, or even look at the cat. I just needed him to open the blanket.

Ben came down the stairs and opened the blanket, and I lifted up Jerk Cat to put him through, and in those few seconds when he was in the air he made his move. He flipped around, shredded my arm and leg, and with his claws out he scrambled over both of us and ran back upstairs again.

In all the commotion we had knocked over the well-constructed basement barrier, and Nice Cat had also escaped. Ben and I went back upstairs, and in the kitchen I noticed pools of dark liquid on the floor and realized Jerk Cat had scratched Ben’s toe so badly he was leaving bloody footprints all through the house. Nothing in my years of research on Buzzfeed had prepared me for anything like this.

So we gave up on locking the cats in the basement, and instead we just barricaded ourselves in the bedroom. All night the cats raced down our hallway, ran all over the kitchen and living room, and Ben cowered in fear.

My cat dreams were officially crushed. We are not getting a cat. I will have to write a BuzzFeed article called “One Husband Who Said He Didn’t Want A Cat And Still Doesn’t.” It will be a shocking exposé.

But the good news is, now I can start working on my plan to make Ben like dogs. I have high hopes.

Love Is For The Byrds: A BYU Film Recap No One Asked For