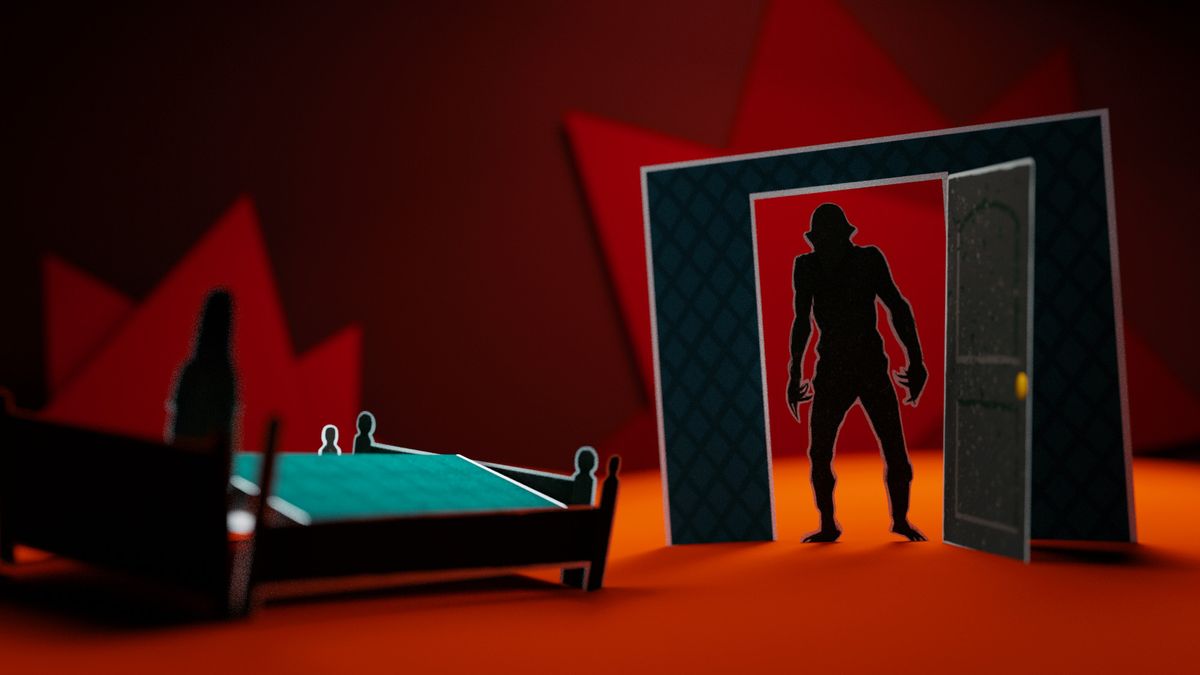 In the spring of 2016 we moved into a new house in Davis County, Utah. My husband and I both grew up in northern Utah and we were excited to be back—we had been living out of state for eight years while he was in school and training. When we bought the new house we were living in Wisconsin. My husband was working 80-100 hours a week and I was at home with our six young children. Neither one of us could fly out to look at houses, so we hired a realtor and she would do video tours with me. We found a house that we were really excited about and made an offer. The house was only 5 years old but we were already the third owners.

We bought the house without ever having stepped inside.

The house was warm and beautiful—an hour's drive from my family and just a short 15 minutes from my husband’s. We made friends quickly and figured it would be our forever home. In July, I got sick with pneumonia. I had never had it before and was miserable—it took about a month until I started feeling normal again. It was around this time when I started seeing the figure.

The first night it happened, I was fully awake, sitting up in my bed. The tall, dark figure was in my bedroom, blocking the doorway. I started screaming, my husband who was next to me woke up and the figure disappeared. I stopped screaming and tried to explain the unexplainable.

Sometimes I would be mostly asleep. Sometimes it was in my dreams. Other times, I was fully awake. The tall, dark figure was always in my doorway. He didn’t move, he didn’t even have a face. I would scream, but I didn’t know I was screaming. I even screamed when it would happen in my sleep—my husband would have to shake me to wake me up. I’d heard stories where people are so scared that they couldn’t scream, but I couldn’t do anything but scream. I couldn’t speak, couldn’t ask my husband for help, couldn’t get out of bed. It was the darkest, most evil feeling I have ever felt. And then the figure would disappear. But the feeling never did.

Because of the dark figure I was seeing, we decided to have my husband dedicate our house with a blessing. The figure stopped showing up. I was extremely relieved and things were getting back to normal. However, over the next 3 years, while we lived in this house, my health was inconsistent and not what it should be for a woman in her early thirties. I started having very heavy periods, to the point I couldn't leave the house. I met with my ob-gyn and he decided I should have a hysterectomy. We were done having kids, so we decided this would be the best choice. It was a rough recovery, but everything went well.

When I was 4 years old, I had my tonsils and adenoids removed. But at 32, I started getting sick frequently with strep. One time while at an appointment with my primary care doctor, he told me my tonsils didn't look great. I told him I don't have tonsils and he suggested otherwise and that I go see an ENT. I made an appointment and told this new doctor what my other doctor had said. He scoffed and said they don't actually grow back. And then he looked in my mouth. My tonsils had not in fact grown back, but my adenoids had, and they did not look good. I would have to have them removed. That was another successful surgery with a difficult recovery. I had several young kids at the time and was increasingly frustrated with my body. I didn't have time for this.

A few months later, I found a lump in my left breast. It was about the size of a quarter and hard as a rock. My heart sunk and I felt sick to my stomach. I immediately called my husband, who is also an ob-gyn, and let him know. He scheduled me the next day for an ultrasound. The ultrasound then turned into a mammogram and biopsy, and it didn't look great. A few days later we got the diagnosis of stage 2b Invasive Ductal Carcinoma. At 32 years old, I had breast cancer that had spread to my lymph nodes. My genetic testing was negative. I had no risk factors, other than being alive. Yet, there I was with breast cancer and an unknown future.

While I was sick, I would often wonder why my body was failing me. Did it have anything to do with the dark figure? Had something happened here, on this land in the thousands of years before us? Was this a burial ground, was there a battle here, or some other reason we are not wanted here?

Towards the end of my chemo treatments, my husband received a new job opportunity an hour north and closer to my family. We moved 10 months after my diagnosis, and a month after I finished my cancer treatments. I have been healthy ever since and remission is going great. I don't know if my health issues had anything to do with the dark energy that was in that house.

Recently my husband and I were discussing the old house and our experiences there, and our oldest son—who is 16, overheard something I had said about dark figures. He told us he had always been too scared to tell us, but while we lived in that house, a dark figure would stand over his bed at night. It would lean over his face and just stare. He hadn't heard the details of my experience and he described the same figure I saw. He said there was no face. He said eventually it would go away. He couldn't scream as I could, he couldn't even talk about it the next day. He would just hide under his blankets when it came, and then one day it just stopped.

RHOSLC Season 2, Episode 5: The One Where Whitney Earns Her Paycheck