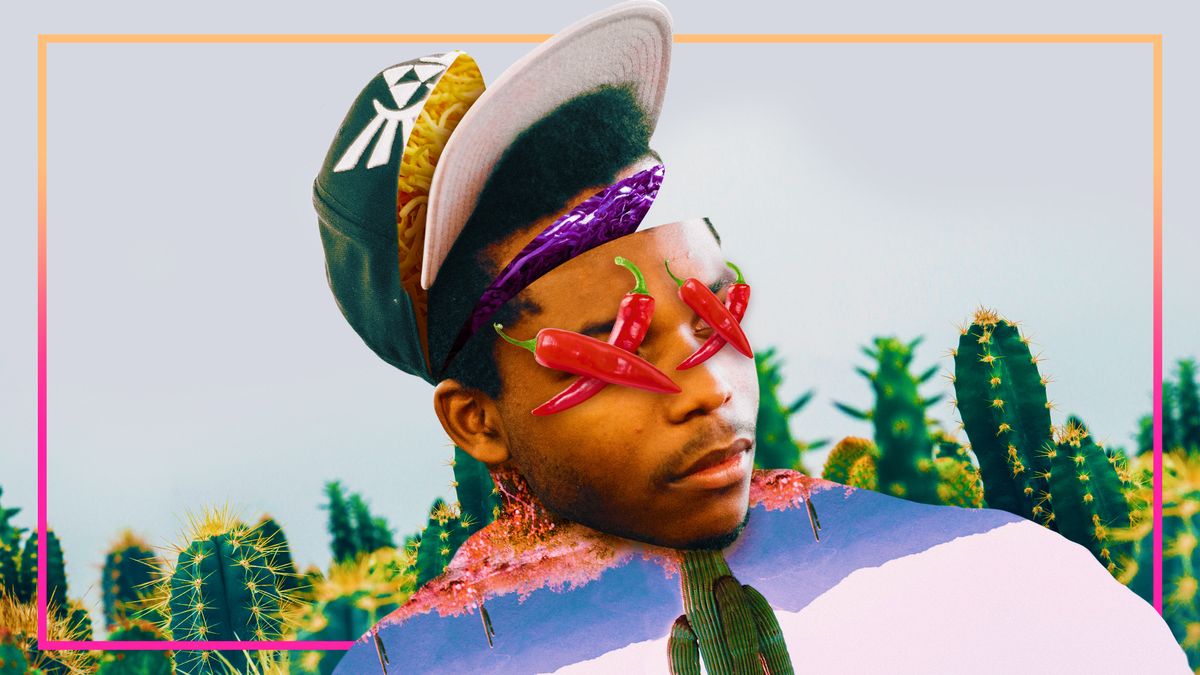 “Who the hell makes their pork sweet?” Such are the brazen words of a Yelp reviewer who is tanking the ratings of my local Cafe Rio.

I wanted to ignore his question, or better yet go back to a time before I’d seen it. But alas I couldn’t ignore it, not this time. Because it was the last domino in a chain of events that caused me, in my 30th year of life, to finally confront the question: does Cafe Rio taste good?

I was a teenager living in Provo at the height of Rio Fever. When the lines were out the door and new locations were popping up all along I-15; when my friends and I collected stamp cards in our Roxy wallets, gorging ourselves on heaping salads and smeary burritos in hopes of earning a FREE MEAL!

Even as I grew older and the hype faded, Cafe Rio remained a go-to. It was a crowd pleaser when you had a table of 11 college friends, a comfort after you botched your Physical Science final. When I didn’t know what I would major in or how to be an adult, at least I knew my Cafe Rio order.

When I graduated college and moved to LA, I had to work harder for my Rio. Fellow transplants and I would make frequent pilgrimages outside the city, driving 45 minutes to the Cafe Rio in Manhattan Beach. We lived amidst hundreds of pretentious foodie spots, where we’d eat and afterward say, “Eh, I give it a 6.” But never did we question the deliciousness of Rio.

So strong was my conviction for Cafe Rio, I became evangelical. I began taking new friends and co-workers there, hyping it beforehand as a Utah export that was gonna blow their minds. When their collective reaction was, “Meh,” or worse, “I prefer Chipotle,” I felt a flood of confusion I would quickly squash. Their mouths must be broken, I told myself. It’s not Rio, it’s them. I tried to go on as I had before, but the seeds of doubt had been sown.

I clung to denial for as long as I could. When a friend mentioned getting food poisoning at Rio, I called it a fluke. When my parents casually mentioned having grabbed lunch at Costa Vida (!), I did my best not to panic. But then some friends from home came to town and I offered to order us takeout. I looked up my local Cafe Rio in Irvine, CA, on Yelp and that’s when I finally had to face the truth: my local Cafe Rio has 2.5 stars.

Had my whole life been a lie?

I pored over the reviews, trying to understand. Some cited long waits, some were clearly outliers, one asked the offensive question about why pork would be sweet.

I wanted to write them off as simply the opinion of snobby Californians, so I began Yelping Cafe Rios across Utah for validation. But I discovered, to my horror, that the ratings are the same: an average of 2.5 measly little stars.

The reviews are rife with anger and betrayal.

Many pine for the Rio of yesteryear.

Things were not looking good in California or Utah. My crisis deepened as I wondered, did Cafe Rio ever taste good?

I was nearing despair, about to give up on Rio forever when a voice not unlike Rafiki’s told me to look…harder. I obeyed that voice and indeed began to see a silver lining in many of the one-star reviews.

Lisa, whose cashier was eating an ice cream cone, still manages to love the Barbacoa.

Jimmy, who had actual rain gutter gunk in is food, still thinks it’s out of this world.

Chris is so loyal it took EIGHT botched orders before he lost it!

It seems people don’t eat at Rio because it is “good,” we eat there in spite of the fact that maybe it isn’t. Why?

I took the question to my Facebook page, where an absurd number of commenters seemed to agree: it’s not great, but I can’t quit.

The more I think about it, the more simple the answer seems: no matter how bad the service or cleanliness or even the food gets, where else would we go? Nowhere else has sweet pork.

Nowhere else offers the sweet taste of our Utah home. The Beehive State; the State of Deseret; the home of the honeybee. Its nectarous protein is ours to love or hate, but we will not abandon our State Meat.

We cannot quit it because we still remember Rio Fever. When being neighbors with the people who started it gave you bragging rights, when copycat recipes popped up on every blog claiming to have found the secret ingredient (Dr. Pepper!), when the success of Cafe Rio was your first teenage source of Utah pride.

We can’t abandon Cafe Rio because it is a common language, like Latin or Emoji. Amidst all the Facebook comments, one friend wrote, “I’ll meet you at Rio for lunch this week!” This is a dear friend who I first met at BYU. Later we were roommates in Los Angeles, where she introduced me to my husband.

We met at the Costa Mesa location (it has ½ star more than Irvine) and both ordered salads. Alas, we realized a moment too late that the Romaine ban was in effect, and watched in horror as the line cook dumped tongs-full of Iceberg onto our precious pork.

As we took our first bites she commented, “it’s like a pile of water in my food.” We forced it down, catching up rapid-fire like old friends do. We talked past roommates, holiday plans, how neither of us still knows how to be an adult. We’d been meaning to get together for ages, but it was Rio that made it happen.

So does Cafe Rio taste good? Who cares. It is the home of Deseret Pork.