Did you ever hear the tragedy of The Rise of Skywalker? 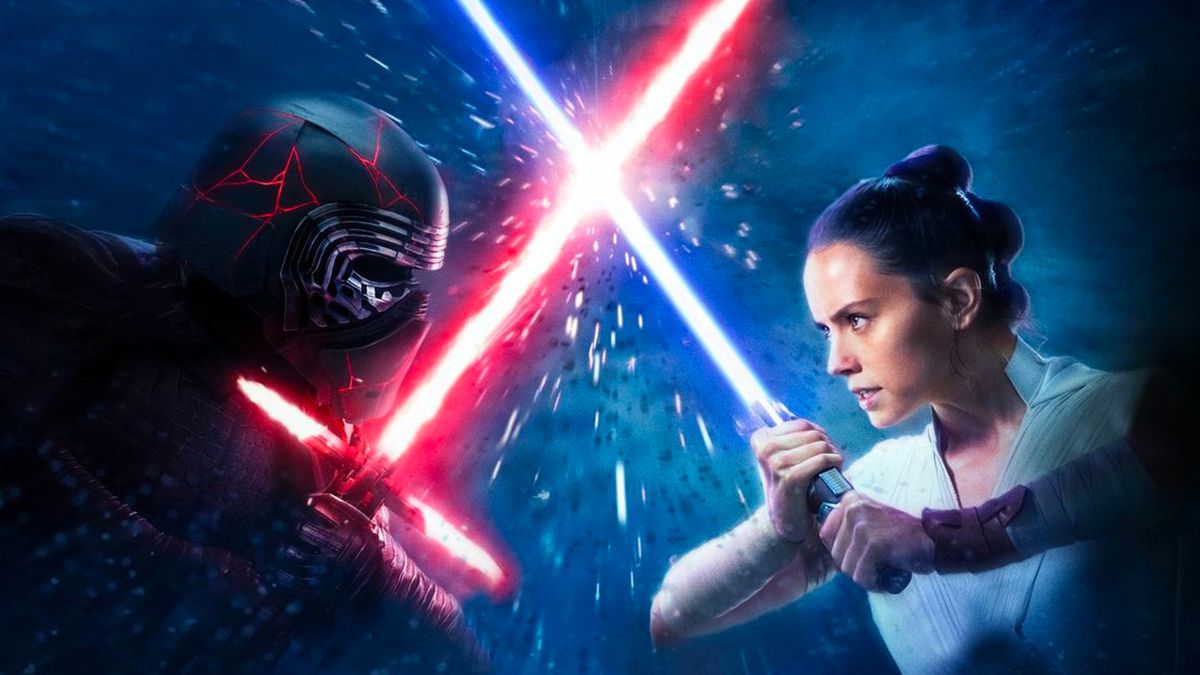 There’s a certain poetry to the fact that one of the first thoughts I had while reading the Rise of Skywalker opening scrawl was I have a bad feeling about this. Turns out that feeling was one of approximately two and a half feelings I experienced during the entire two and a half hours of the final film in the Skywalker saga, the other being consuming fury.

When I finally left the theater, I walked with the dazed stumbling of a person who had just seen something die. Twenty years earlier, I left a similar theater after watching The Phantom Menace, that time with the pleasure of a child who had just felt something come to life.

It was 1999 and I was seven years old when an employee working the window at Taco Bell pissed me off by giving me a poster for The Phantom Menace in my meal instead of the plush chihuahua toy as advertised. My parents wouldn’t turn the car around to bring them to justice, so I was left moping in the backseat with the picture of Qui-Gon and Anakin clutched in my fists, my goopy burrito making a puddle of beans in my lap. Begrudgingly, I got curious, and soon after, my parents bought us tickets.

That summer the neighbor boy and I talked for hours under the trees that divided our yards about podracing, Darth Maul, and the galactic sea monsters that, like fanged nesting dolls, swallowed each other up one by one. I loved Queen Amidala. I remember sneaking my mom’s lipstick out of the master bathroom just to draw a single stripe down my bottom lip and spend a few moments looking at it in the mirror before hastily rubbing it off with the back of my hand. I think The Phantom Menace was the first time I remember realizing women were allowed to be both beautiful and part of the action.

Since that summer, every film in the saga has become a kind of friend, and I’ve become a geek of the acutest kind. I feel happy goosebumps every time I watch the end of Return of the Jedi. I’ve wept through Revenge of the Sith an embarrassing number of times. The scene in The Last Jedi where Kylo Ren fights Luke is one of the sickest in the saga. TROS, however, is a jarring anomaly.

Aside from Cats and 47 Meters Down — the same film where Mandy Moore fabricates an entire fever dream trick-ending to erase the trauma of being trapped in a shark cage surrounded by bad CGI with teeth — I have never had such a viscerally terrible reaction to a film I bought tickets to. I think I might have been having a fever dream, idk. My back was a little sore by the time it ended because my neck and my spine were craned so far forward in an attempt to make a single molecule in me connect with and make sense of anything happening on the screen. I might have sworn out loud once or twice, I can’t remember.

This film is, in short, far worse than it should have been, and to a young fan who grew up loving the slow burning moments that made each trilogy’s resolution so satisfying, it was akin to a crime, an entertaining but aggressively meaningless crime, one that almost manages to make every other film in the series look worse if you interpret it as the culminating, canonical end of a nine-film saga, which I don’t, as I swiftly cut it out of my life, blocked its number, and unfollowed it on all socials the second I left the Megaplex.

What J.J. Abrams and Disney Inc. did with TROS was pack it full of flashy fan service moments that, like stray fireworks above a dry brush hillside in the heat of July, distract from the reality that everything below them is on fire. Reintroducing the most powerful villain in the Skywalker saga in the very last film of this trilogy with no previous hint or reason why he would come back and a whole lot of familial ties we’ve never previously fleshed out was frustrating and nonsensical.

As a fan who was introduced to Star Wars through the prequels, I was initially stoked at the news that Palpatine was back. He’s a significantly better villain than the mustache-twirling caricature of the Empire that appeared without reason and the human loogie in a golden bathrobe we got in The Last Jedi. As a writer and a fan of good storytelling, however, watching the way they threw Palpatine into the series like a cheap trick felt deeply unearned. I had no emotional connection to it. It was as though J.J. realized that The Force Awakens wasn’t giving us a good enough villain and The Last Jedi wasn’t leading us to an exciting or compelling ending with said villain, so he just stuffed his own trilogy into one film, completely disregarding the work being done in the others. This film probably would have worked had it been expanded into an entire sequel trilogy with Palpatine’s return being one crux of the plot, but it wasn’t and it doesn’t.

Another of the biggest issues with this film is its treatment of Rey, the first woman to really lead a Star Wars film. The Rey we saw in The Last Jedi was fascinating, because she came from nothing, found belonging in a world that repeatedly oppresses and overlooks those who come from nothing, and still had a very tangible connection to both the dark side and the light side, which made her both compelling and a great foil to Ben, who spent the entire series grappling with the dual legacies of his family and where he fit within them. In The Rise of Skywalker, J.J. Abrams blew that arc like Alderaan in a way that was predictable and without any respect to Rey or Ben’s story.

This film is littered with plot holes and things that don’t feel earned. When Hux was revealed to be the spy, I laughed out loud. I think it was closest emotion to joy I felt during the whole film. When Chewie was “murdered” by Rey, I felt like a lifeless husk--everything was so rushed, I didn’t have time to feel anything. Finn, who was framed as a critical protagonist in the first film with an interesting arc, who had a deep love for both Poe and Rey, was pushed to the background and bounced like a ping pong ball from potential love interest to potential love interest, most of which were treated as disposable by the end of the last film. Finn’s story, like many others, didn’t get the resolution it deserved.

The scenes with Carrie Fisher (may she rest in peace) were not as poignant as I think they were supposed to feel because they felt like they were awkwardly forced into this film. When Rey was killed by Palpatine, I felt nothing. When Ben kissed Rey, I felt trepidation-filled butterflies that were confused about whether or not they should flutter because of how hot Adam Driver was as Ben or shell up in a cocoon and disintegrate in embarrassment (Rogue One managed to do a scene like this exceptionally well without a kiss, and the kiss in this just felt, again, unearned). When Rey went to Tatooine, the first time I think we’ve even seen a planet from the classic films in this saga, and decided to call herself Rey Skywalker, my eyes made like BB-8 and hard rolled into the dark recesses of my head.

Aside from those things, there wasn’t much of this film I liked, and in spite of the Twitter reactions I’ve seen from people arguing that “anybody who hated this movie walked into it ready to hate it,” I walked into it excited to get the final film of a saga I love, a saga I’ve loved since I was a kid in elementary school. Instead I got a hodgepodge of fan theories and headcanon patched together without respect to Rian Johnson’s work, the story, or the entire saga.

People have blamed The Rise of Skywalker’s failings on The Last Jedi, but I don’t think you can you look at the failings (or the wins) of The Last Jedi without giving responsibility to the previous films. The entire prequel series, especially Revenge of the Sith, reinforced the idea that the Jedi were not all good, that the Jedi’s strict adherence to tired tradition and law enabled what Anakin became. When Order 66 is given, it cuts you, because as crappy as Anakin’s lines are and as abysmally bad as Attack of the Clones is, you see a boy who had goodness and potential corrupted and destroyed by politics and the people in whose care he was placed. When he turns on his own, it’s a moment that is as dreadful as it feels earned.

Without that same origin story, a lot of what happens in The Force Awakens makes the First Order feel less compelling and the Force feel more so. The Last Jedi uses Luke and Rey to explore questions the prequels were already touching on. It tells us there is no such thing as someone being completely good or completely bad, because each character is a flawed mix of both. Seeing things in black and white is what led to the destruction of the Jedi, and it’s what The Last Jedi attempts to strip the series and the fans of: adherence to tradition. This film isn’t perfect. I don’t think much of Finn/Roses’s story works particularly well in this film among other things, but if I had to tell you what I think is one of the biggest weak points in the The Last Jedi it’s that it’s working with the weak points in The Force Awakens, namely a film we’ve already seen before and no great villains outside of Kylo Ren to give these films the right tension and urgency.

Almost every connection to The Last Jedi in The Rise of Skywalker felt contrived, and it was very clear to me that J.J. Abrams and friends were acting as though it had never existed. By doing that, much of what made the sequel series compelling was eliminated, and the issues the prequels were opening up to us were treated as inconsequential. And yes, as a Star Wars fan, that upset me.

Star Wars isn’t Citizen Kane. The films are hokey, and it’s part of what makes them so fun to watch. I’d also be lying if I said I haven’t felt like an idiot about how upsetting this film — a fictional film — was to me, realizing that on a scale from diet water to mass annihilation, the creative choices of the Star Wars writers tilts toward the left.

That said, it’s a meaningful story about choice, love, and change, and it deserved a better conclusion, especially from a trilogy that was starting to explore new territory and include more faces. It’s safe to say the film suffered because Disney tried too hard to please too many people to protect their bottom line. In a way, you could say The Rise of Skywalker is the Anakin of its saga, because the institutions and people that were trusted to take care of it failed it.

During the holidays, TROS was the politics I avoided bringing up during family dinner. I’ve already watched and then rewatched the entire Mandalorian series so I can feel something for the franchise besides abject disgust. At the moment, the idea of another Star Wars film with Disney’s name on it sends shivers down my spine. Mostly, I’m an angry girl with a soggy burrito in her lap all over again, trying to make do with getting the opposite of what she wanted.