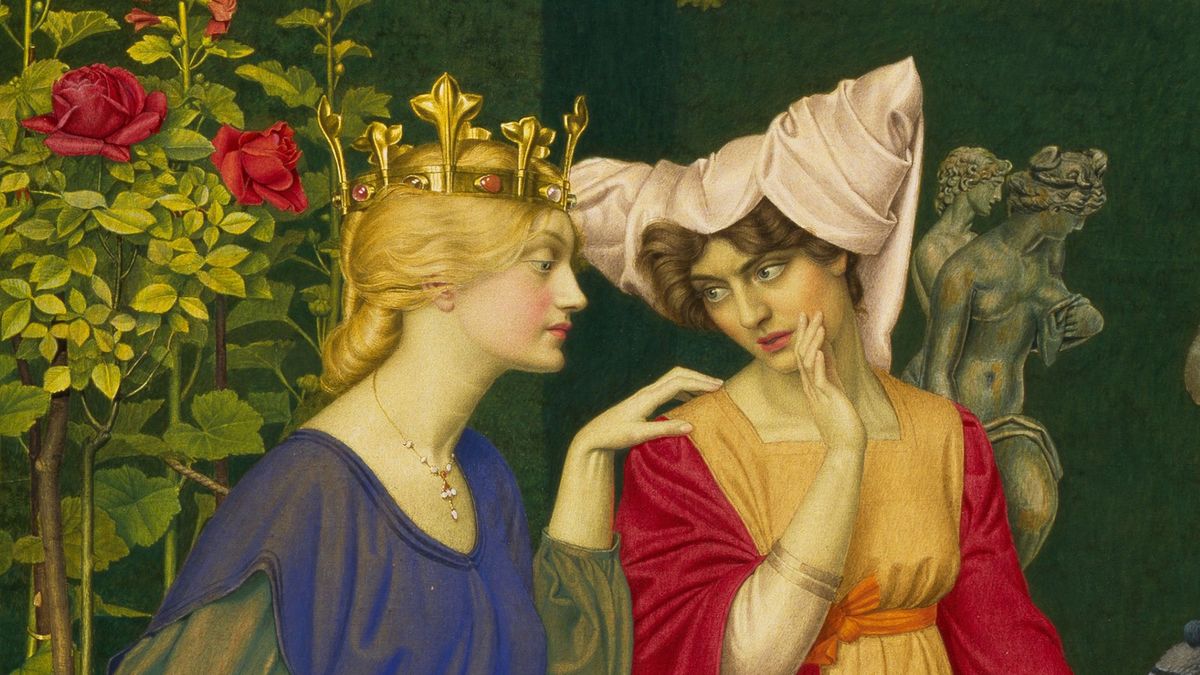 “Did you hear Steve Martin is Mormon?”

I must have been told that, in question form, fifteen times a year by fifteen different people during the entirety of the 1990s.

It started right after the first Father of the Bride movie came out, a film that, if turned into a lightbulb, would most definitely be called “Hue White.”

He wasn’t the only clean-cut celebrity to be so labeled, albeit through unverifiable rumors spread by my Utah Mormon community. Tom Hanks. Angela Lansbury. Hell, even Mandy Moore was baptized at eight, or so I was told by a friend who was very moved by A Walk to Remember.

“She doesn’t go anymore but she still wears a CTR ring and knows it’s all true.”

We didn’t have the internet then. No quick Wikipedia search was available to undermine our confident whisperings. Not that Wikipedia would have deterred us anyway.

“It’s, like, not super well known and he is really private about it so I’m not surprised you can’t find any information on the web,” I can imagine someone saying in 1995. “But my cousin lives in Las Vegas and she told me Gladys Knight totally invited Puff Daddy to church once and now he goes every week but he wears a disguise so people won’t recognize him.”

When I was ten my friend Jackie’s mom told my mom that someone in her sister’s ward recently visited Graceland and had an amazing experience in Elvis’s house. Apparently just as the tour group was leaving Elvis’s bedroom the tour guide quietly pulled this woman aside and said “I don’t know why, but I just felt impressed to tell you that when Elvis died they found a Book of Mormon on his nightstand with a bookmark at page 422.” We then looked in our own copies.

HE WAS IN THE MIDDLE OF 3 NEPHI.

We rode that high for a year.

“My dad said his friend who’s in the Air Force heard that Bill Clinton has a monthly phone call with the prophet to get advice.” My friend Damion told me this as we walked home from school. We were nine. Bill Clinton was in his first year of office.

“That doesn’t surprise me,” I said, not flexing a single muscle in my face. “I think most presidents do that.”

Damion nodded without asking for my source on this. We were rarely asked to cite our sources on these things.

Conversations about which celebrities were rumored to be meeting with missionaries occupied much of my childhood. I rarely saw even the smallest inklings of dissent when someone made a claim. Why would I or my Mormon friends protest any of this completely unverified news? We wanted it to be true, just like we wanted Santa to be real. What good would skepticism do here? Maybe we couldn’t say with certainty that Bob Saget was once a bishop. But we also couldn’t say with certainty he wasn’t once a bishop.

Eventually it became not the 90s. We grew up. The world changed.  Possibly because of the internet, or because cynical Mormons began to poke fun at this practice, it seemed that at least the most outrageous of the rumors became less common.

And then I sort of forgot about this part of my childhood.

“Did you hear Mitt Romney hasn’t even gone to church since about 2005?”

I was so informed a few years ago at a dinner party. I had recently stepped away from my religion and my Utah friends who had left the church suddenly started saying stuff like that to me. They brought up well-known church members and through attenuated citations claimed these people were living a different life privately than the one proud Mormons knew publicly.

“My classmate’s cousin is a bartender and she has seen David Archuleta, Larry King’s wife, and several of the Huntsmans at Beerhive.”

This was a little jarring at first, the way the implausible or at least unsupported rumors were so recklessly shared. But before long I settled into this new world, rarely caught off guard by whisperings of Mormon celebrity scandal.

It wasn’t really very difficult to get used to this sort of thing. These conversations felt familiar, even if I wasn’t totally sure of the reason. Then one day it hit me why it all felt so familiar. It was so obvious once I saw it. It hit me like a ton of bricks. That distorted sound of violins screeching up a three-octave scale in a horror movie blared through my head as the camera did that thing where it zoomed in on my face while zooming out on the background.

This was all so familiar because this was my childhood happening in reverse.

This new group was undoing the stake-claiming I had participated in in the 90s, using the exact same means and methods.

Except we were drunk grownups now!

Once I saw it, I couldn’t unsee it. Employing the same quietly gleeful suppositioning that had been introduced to me as a child, these new friends swapped rumors about faith crises of notable Mormons, regularly.

“My friend said his brother went to a party at Sundance and he saw Donny Osmond drinking champagne.”

“Who’s surprised?” I heard another person respond. “Marie Osmond left the church like twenty years ago but just hasn’t publicly announced it because she doesn’t want to lose her fan base.”

What I always assumed was totally one-sided gossip by eager Utah Mormons was actually a quiet competition. Warriors were being claimed in this fantasy football-esque religious war. Celebrities young and old. Politicians. Philanthropists. No one was off limits.

As I looked back over the decades I realized this battle had always been active.

Tom Hanks, confirmed non-Mormon, called church members who supported Prop 8 “un-American” in 2008 and Sean Penn implied the same a few months later at the Academy Awards when he won Best Actor for portraying Harvey Milk on the silver screen. We active Mormons were horrified at the time.

Two notable victories for the disaffected.

But as the gentiles and heathens successfully identified their spokespersons in the early 2000s and 2010s, the Saints became more deliberate, and fact-based, in their campaigning. “I’m a Mormon” ads popped up on my social media feeds, featuring D-list celebrities demonstrating it’s possible to do genealogy and be cool.

The war raged on. Our state’s faithful continued to tag known celebrities, like Ken Jennings, while the others undermined the claims and invited Chelsea Handler* (*rumored to have grown up Mormon) to speak at an Equality Utah fundraiser.

No one is officially keeping score, but the points feel about even.

It’s easy to get caught up in it, really. The excitement of possibility. The veiled intrigue. The competition of it all. But occasionally I take a step back from all the madness, scratch my head, and wonder why do we do this?

As kids, I guess there was something comforting about implausible stories of shared faith. It felt less lonely, if not validating.

Well if John Travolta is possibly Mormon then we must not be that obscure and odd.

It’s only natural we would want companionship in our faith departure journeys as well.

I’m not doing this by myself. The second set of footprints in the sand belong to Aaron Eckhart.

That’s just a theory. When I think hard enough about it I guess I’m not really sure why, exactly, rumors about Sandra Bullock’s Mormon faith made us feel more confident in our own upbringings in 1994. Why we implicitly valued her supposed judgment, sometimes more than our own. Why Ryan Gosling not going to church anymore makes us feel more at peace about our similar decisions.

I guess a lot of brands do this. Find a spokesperson—a celebrity—to endorse their product. It somehow makes the product seem more legitimate. Like something a person is justified in buying. Why should a bunch of 90s kids in the suburbs of Salt Lake City or a group of wine-guzzling adults attending a book club in the Avenues today be exempt from that practice?

In his 2018 book Calypso, David Sedaris writes about waking up the day after the 2016 presidential election. He was deflated because of the results. He was in Portland, Oregon that morning, lying in bed and wondering whether the sky had fallen—whether life was still going on. Had the election effectively amounted to the end of the world?

Then he thought of Cher, a celebrity he believed shared his politics based, presumably, on past statements. Surely she was upset that morning, too. She felt the same way he did. And this comforted him.

“Staring at the ceiling, wide-awake,” he writes, “I suddenly think of Cher and realize that what I’m feeling, she’s feeling as well. So are millions of other people, of course . . . . Oddly, it’s this woman I’ve never met or even seen in person who brings me comfort. The next morning I wander the city in a daze, my eyes bloodshot from lack of sleep, thinking, I’m not alone. I’ve got Cher.”

Maybe here in Utah we don’t have the market cornered on the tendency to hope that someone well-known shares an opinion with us on something we care about.

David Sedaris is comforted by the idea that Cher agrees with him.

An environmentalist in New Hampshire feels validating solidarity with Téa Leoni who is worried about climate change.

Someone, somewhere, cares that Oprah and Dolly Parton want kids to read.

I guess we’re all doing the same thing—claiming warriors in our most treasured ideological battles. I mean, that’s at least half the purpose of Twitter.

We’re not alone. We all have someone.

In a perfect world, we’d all have each other. A group of people with different beliefs and experiences, validating one another instead of relying on a stranger in Hollywood to do that for us.

That shouldn’t be so hard for us to do. We are kind of all the same, even if we are trying to prove we’re different. Whichever group you belong to, really—passing around all of these rumors and unverified claims, highlighting opinions of known names, it all happens for basically the same reason: we do this because it feels good to hope there’s someone who thinks what we believe matters. That there’s someone who thinks we matter.

The experience of lighting up at the thought that, say, Robin Williams might have had the same opinion about religion as us is universally relatable. Why couldn’t it also be unifying?

Call me naïve, but I actually believe that in Utah we can get to that place. Someday.

That will require us to get in the habit of caring more about the people we actually know, different as we might be, and caring less about, say, whether a stranger was reading holy scripture when he died.

That will take time, of course. And probably some humility.

Until then, we all have Jewel.