Do we need to add Kim Kardashian to our legal team? 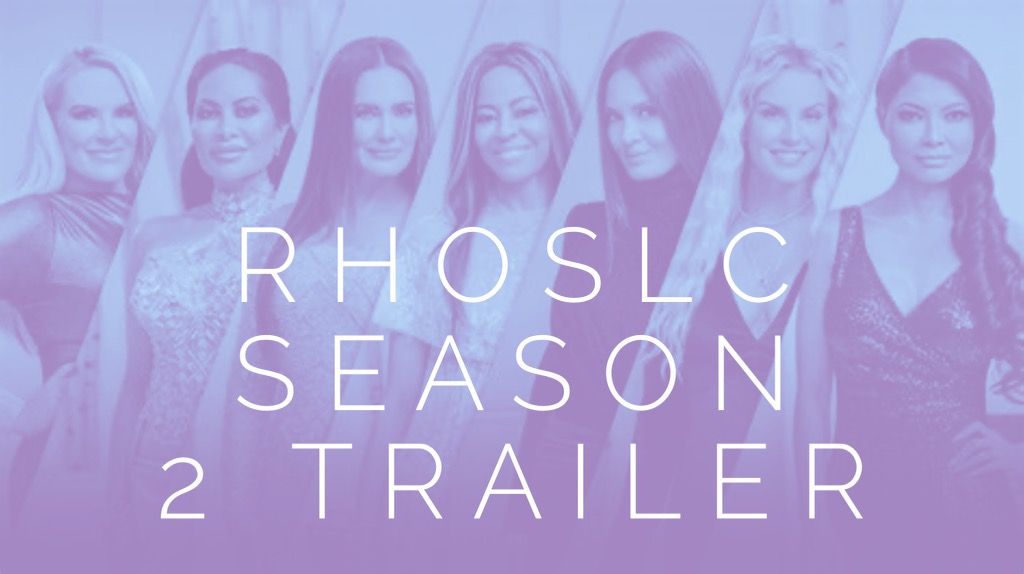 These last couple of weeks, as we’ve tried to live our lives under a thick cloud of smoke among sky-rocketing Delta variant case counts, things have felt a little hopeless here along the Wasatch Front.

But, for the briefest of moments, a ray of metaphorical sunshine shone upon Deseret when Bravo dropped The Real Housewives Of Salt Lake City Season 2 trailer, bringing hope and joy into our lives again.

Let’s take a minute and just sit with the dopamine now rushing through our system. Doesn’t it feel good?

Look, there’s just no way this season is anything other than absolute fire.

And I don’t mean literal fire, though it appears we will get some of that:

I mean fire in what I think is how the kids mean it. Lit. Spectacular. Can’t-miss-television.

Television that includes the mother of Fresh Wolf doing the worm in her living room:

Television that answers the question, “What insane outerwear will Brooks Marks wear today?”

And television that features luxury vehicles in the tackiest colors imaginable.

The McLaren is driven by new cast member Jennie Nguyen, who Bravo hired presumably to replace Jen when Jen goes to prison.

They’ve even given Jennie Jen’s look, like this is a soap opera where they can just switch out actors for any given character. I know this happens because I spent the summer of 2003 getting VERY into Days Of Our Lives, where one actor played a troubled teen and the next day a completely different actor played the same troubled teen. This was around the time Zenon: Girl Of The 21st Century and her friend Chloe were major characters on the show. That’s neither here nor there, but you should know it's a foundational part of who I am.

Though we don’t get a ton from Jennie in this trailer, she makes every single second count.

She’s seen here “throwing down” as Heather describes it,

And seen here talking with her husband about having a fourth child:

He wants one and she doesn’t.

So he suggests finding a sister wife. Believe it or not, this is not the most upsetting husband-wife interaction of the trailer.

The most upsetting husband-wife interaction of the trailer is Whitney and Justin mud-slapping each other in the living room. It’s an image so upsetting that I refuse to include it here. The still photo looks like it belongs on OnlyFans and my grandma reads these recaps so I just can’t do it. If you want to see it THAT badly, watch the trailer again.

Speaking of spousal relations, we need to talk about Billy, the only person in the cast who looks like he lived through the same 2020 I did:

I think Mary must have been living on another planet during that time and that’s where she picked up this look:

Except for the hat, which she bought at the Haunted Mansion gift shop in December when it’s all Nightmare Before Christmas. Maybe there was a Disneyland cast trip that didn’t air?

If the trailer is to be trusted, this season will finally dig into the allegations that Mary isn’t so much a pastor as a cult leader.

Which, I mean, yeah. Do one google. It could not be more clear that this woman is nefarious AT BEST. But that won’t be the most salacious storyline of the season.

No, that title belongs to Jen Shah and her indictment, which is, without a doubt, the most exciting thing to happen in my lifetime.

For a summary of the charges, listen to our Hive Mind episode. The TL;DR is she allegedly created a company that she claimed sold “business coaching,” but really just sold the names of vulnerable people to scammers, thereby stealing a lot of old people's money. It's gross.

Since Jen’s arrest we’ve been left with some unanswered questions, like:

Where is Coach Shah in all of this?

Will he finally decide he’s had enough of the SHAHnanigans? (Sorry).

And which of Jen’s “friends” are sticking by her side?

Heather states she will always be Jen’s friend.

And I just think that if my friend were accused of defrauding the elderly, I would maybe think twice before declaring my devotion to her in front of millions on national television.

Whitney, however, has no such hesitation, and is so on Jen’s side that she accuses Meredith of ratting Jen out to the feds:

Again, I think it’s worth remembering Jen has been accused of defrauding the elderly. And if any of these women knew anything about that, THEY ALL SHOULD HAVE REPORTED JEN TO THE FEDS.

But Jen feels otherwise and “throws down,” to borrow a term.

I’ll meet you back here and on the podcast feed then.