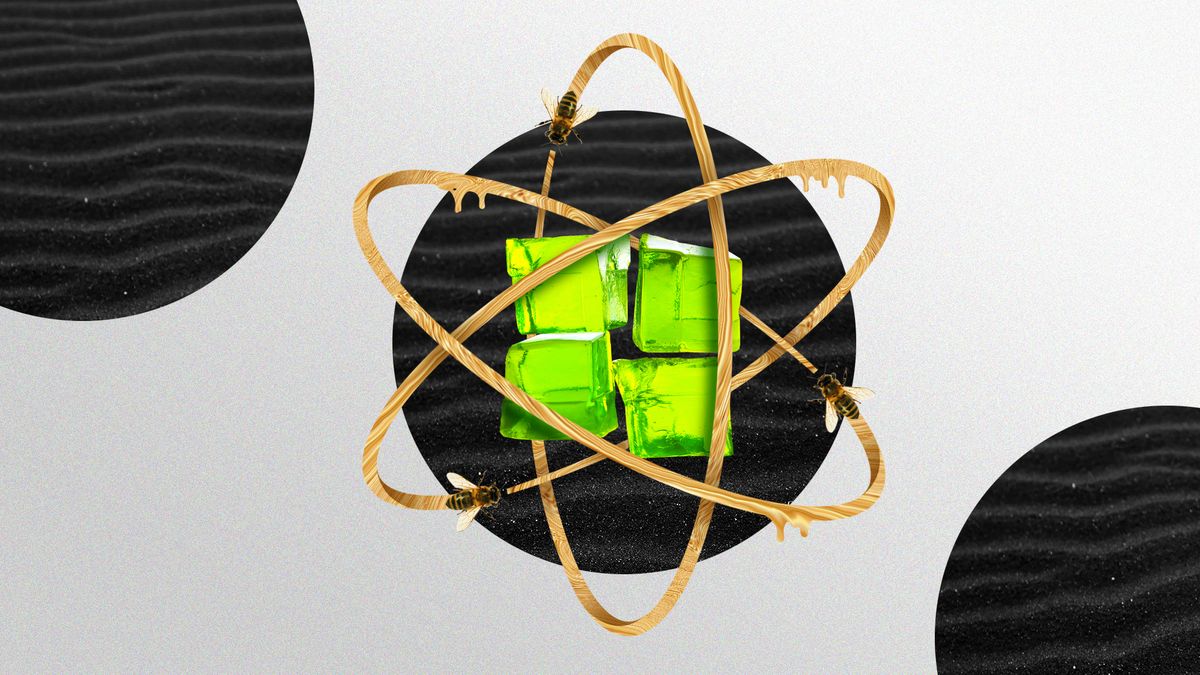 The second recap of television’s most scintillating show. “‘How do you see yourself versus the other girls?’ Colin asks Megan. ‘Do you think you have a chance?’ If ever there were an encapsulation of BYU dating, it’s a boy who hasn’t put much effort or money into a date and is also dating twenty people at a time asking a girl if she thinks she’s good enough to date him.”

Do you know what we need more of? Uranium. I’ve always said this. There are days I’m sitting around lapping up Monster Energy and injecting Chip cookie dough directly into my veins, and I think to myself, “Utah needs more radioactive material that grows increasingly hazardous over time.” How could this be a bad idea? Thankfully our politicians agree, putting down their Monsters long enough to vote in favor of grabbing all depleted uranium in sight. Sen. Daniel Hemmert (R-Orem) nuked all naysayers with simple logic: “We are not, to my knowledge, dropping dead like flies from exposure. This is the right thing to do. This is the responsible thing to do.” Yes, the right and responsible thing to do is to create radioactive waste in the first place, import it to Tooele, and tell the citizens of Utah they haven’t dropped dead like flies yet, so why would they?

In with uranium, out with medical waste. Stericycle (a company that informed nobody about the amount of emissions coming from its North Salt Lake incinerator) has announced plans to bounce from Utah, passing on Tooele as a new incineration site. Poor Tooele: you dodge one bullet and it’s replaced with depleted uranium. Activists rejoiced by quoting Leonard Cohen, citing Stericycle’s “troubling history” and “Tooele County’s ongoing hazardous waste activity” as grounds for dismissal. HOW DOES ANYONE LIVE IN TOOELE? The entire area is swathed in nuclear waste and the best restaurant is Carl’s Jr. It’s also relatively close to Wendover, a city more hazardous than 1000 nukes. On the bright side, Tooele WILL NOT allow medical waste to mingle with uranium, they do have standards thank you very much.

The bones of a wimpy dino were found in central Utah and now we have an answer to the question, “Would a human stand a chance if forced to fight a dinosaur?” Granted, most of us would be quickly destroyed by the five foot, 170 pound Moros intrepidus (these dino names, man) but I guarantee The Rock could beat it up. He eats 2.3 pounds of cod per day! The Rock I mean, not the dino, though if given the opportunity to indulge in some fine seafood all dinosaurs would gladly accept. Paleontologist Lindsay Zanno uncovered the bones at Cedar Mountain Formation, “We've been hunting in this area for 10 years, and these are the only bones of this animal we've ever recovered.” Umm, people search for dinosaur bones and don’t grow bored after one day? How is that not the story?

Chris and Meg talk about the latest wildlife shenanigans and the proper way to hunt zombie deer.