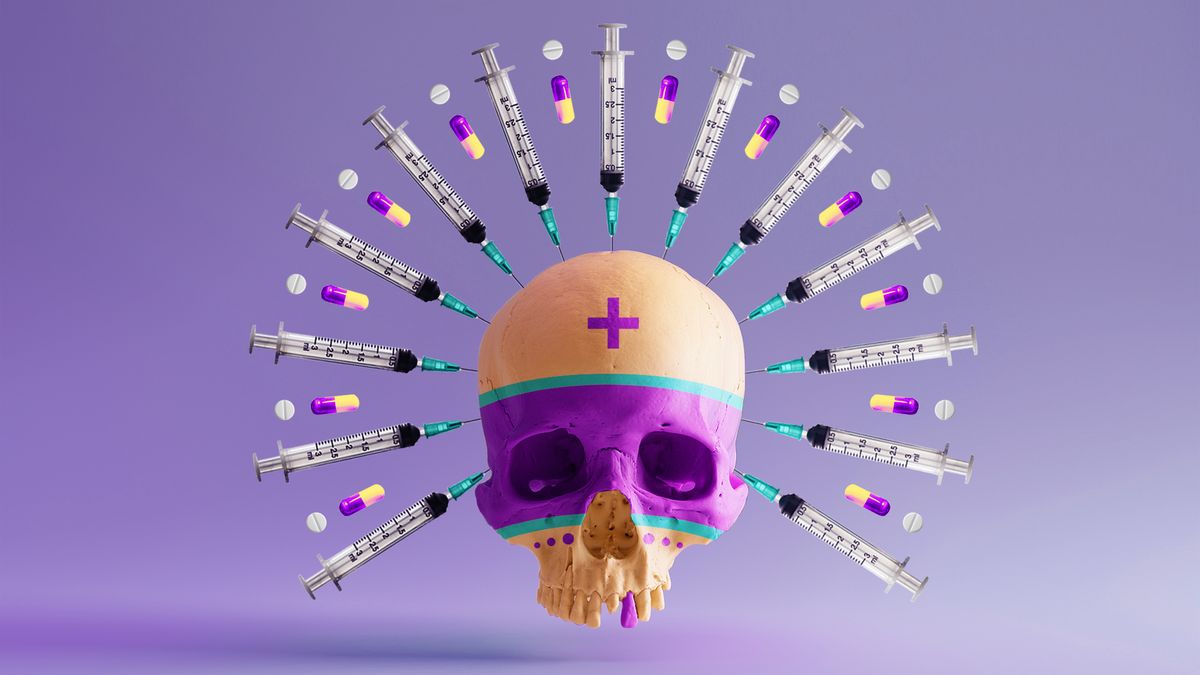 This is Part 2 in a three part series on Utah's haunted hospitals. Check out part 1 about Salt Lake Regional Medical Center.

Utah State Hospital in Provo was formerly know as Utah State Mental Hospital, and before that, Territorial Insane Asylum. WOOF. That name, amirite? It demonstrates just how misunderstood and mistreated those who suffer from mental illness historically have been, and at times, still are.

I spoke with Jon Hübner, who worked as a psychiatric tech at Utah State Hospital. He says,  “I think it’s impossible to describe the profundity of suffering that can exist because of mental illness. And whether or not that leaves an impression on a building I don’t know, but there are forms of internal torture that we can’t even comprehend that people have experienced, so I don’t know if that changes a place.”

The following stories, shared with me by health care professionals who worked in current and former facilities for the treatment of psychiatric patients, suggest that indeed, it leaves an impression and changes a place.

Hübner worked in the youth building of Utah State Hospital, often during night shifts. His first night on the job, a kind, older woman offered Hübner some advice.”Don’t be afraid of the shadow people,” she said. “If you see them they won’t hurt you.” Hübner found the advice odd and unnerving, but figured she must have a reason for saying it. A month or so later he realized he hadn’t seen the kind woman since that first night. Hübner says, “I asked one of the night staff where she was, and she told me she had died. She died at work. In the break room.” So, be afraid of the shadow people?

Hübner remembers the youth building as being very creepy, and being told by the powers that be there were certain areas he should not go in. He describes the mood of the space as a miasma, a word, I'll admit, I had to google. “I didn’t enjoy being in there. I felt unsettled when I was in there,” he says.

Celia Navejar, who worked as a Social Worker and Psychiatric Technician in the hospital for over fifteen years, shares similar sentiments about that particular part of campus. Navejar would sometimes need to visit the basement where patients' belongings were stored. She says, "It was such a deep uneasiness and weird feeling to be there, I’d beg some other staff would go with me. I didn’t dare to say much about it because it was my duty to [go there]. I still remember the torment I went through whenever I had to be in that place by myself.” Navejar reports seeing a crudely made restraining chair – think electric chair without the electricity – which had been made by one patient and used on other patients, stored in the basement. Technically that’s not paranormal, but YIKES.

Karl Jensen worked as a therapist at Utah State Hospital in the 70’s and 80’s. One of his patients reported repeat occurrences of a black figure following her into the restroom, jumping to the top of a stall, then leaping from stall to stall, like Moaning Myrtle and Spider Man had a large, ghoulish child. Jensen wrote the patient’s reports off as delirium. He was working in a mental hospital, after all. When a second patient reported similar sightings, Jensen assumed it was a story the two patients had fabricated together, for whatever reason. It was only after a nurse witnessed the shadow stall jumper and asked to be transferred to a different hospital did Jensen begin to believe an actual sinister being may have been haunting the ladies’ room. However, once the nurse transferred hospitals, the shadow figure was never seen again.

Jensen had another patient who would become "possessed" by some demon figure every couple of months. The patient would ransack her room and pick up her bed, WHICH WAS BOLTED TO THE FLOOR. She would barricade herself into her room so none of the doctors, nurses or security could get in. Then she would rip her clothes off, rip her hair out, and try to escape by running full speed into the wall. So that's fun.

In 2007, Emily Argyle worked in the IHC Nuclear Medicine Pharmacy. Part of her job was delivering medications to different medical facilities around the valley. One of these facilities was an old psychiatric hospital on the west side of Salt Lake that had been turned into a heart medication research facility called Utah Artificial Heart Institute. There's not much information available about the institute or what goes on inside. The only way I was able to learn the name was to look at animal testing registration sites.

Argyle explains animal testing was a major part of the facility’s operations from what she observed during her visits. The place smelled of blood. Sheep and pig carcasses hung in the doorways of labs. “It was literally a horror movie,” Argyle says, and explains going there was such a horrific experience she and her coworkers would argue over who had to make the drug deliveries. She lost the fight one morning and made her way to the lab at 6 am.

Argyle entered at the basement level and waited for the elevator that would take her to the third floor. While she waited she heard a rattling sound she had trouble identifying. “I turned to my right and the doorway that led to the hall had a padlock on it that was locked and vigorously shaking as if someone had a hand on it and was pulling it back and forth and rattling it against the door, trying to break the lock,” Argyle says. She cursed, loudly, and ran up the stairs as fast as she could, searching for someone to tell. But the only other person in the building at that early hour was a janitor who spoke no english and was unable to understand her expletives or her report of the sighting. Argyle dropped off the medication, took the stairs back down to the basement, and ran past the door, anxious to get out. “And then I stopped myself and I turned around. I was like, I have to go back and check this out,” she says. “And sure enough, as I went back, the lock began to shake against the door.” Argyle watched the padlock violently shake, listening for any indication someone might be running a vacuum, moving heavy objects, or doing anything that would cause the padlock to move. “I probably sat there for twenty seconds staring at it, trying desperately to grasp some kind of logic. I’d never had anything paranormal happen before that. And I had nothing. So I turned around and I ran and I left the hospital,” she says.

Argyle now works in mental health and says she believes people’s energies and locales are inexplicably tied. “I think that it was a human’s energy. There was a spirit stuck there,” she says of the encounter in the institute. “I think you can do a lot to clear energy and to clear even the energy of your own body and your own mind, but I think that historically [mentally ill] populations were treated in unbelievably unethical ways, and I think that a lot of the energy toward the patients and a lot of the energy patients were dealing with internally, I think a lot of that really sticks around unless it were to be cleared.”