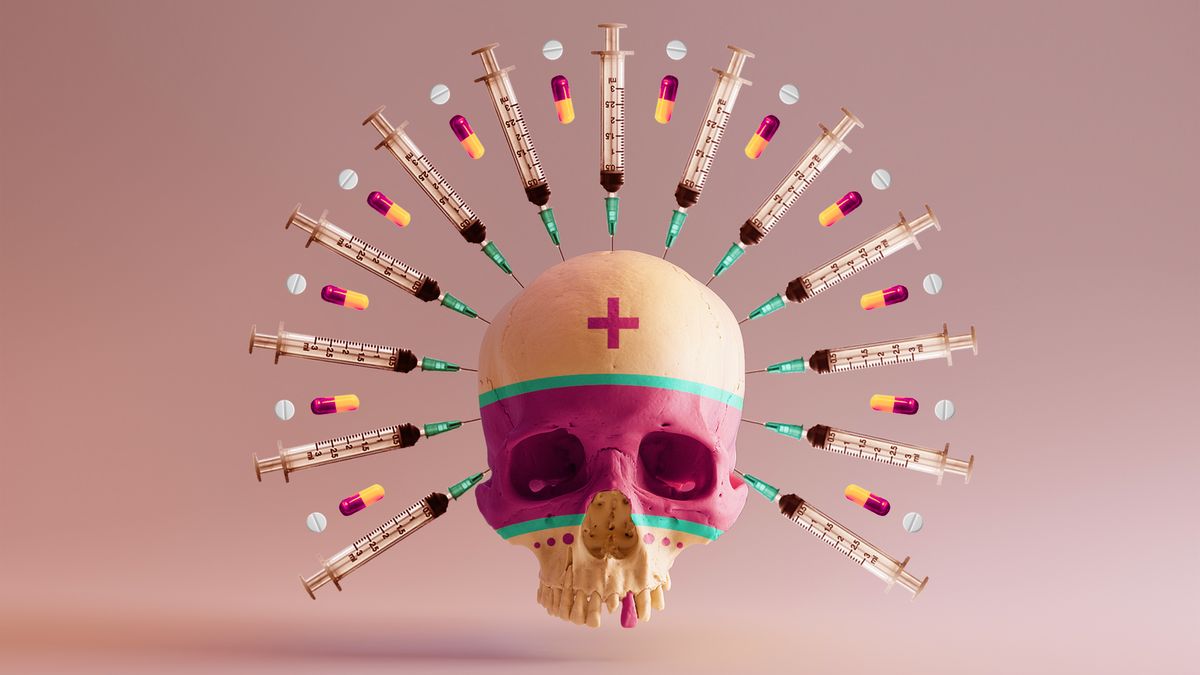 A little background on Salt Lake Regional Medical Center: The facility was formerly known as Holy Cross Hospital and run by The Sisters of the Holy Cross, a group of Catholic nuns. Legend has it two nuns committed suicide at the hospital. One jumped from the highest floor of the cathedral and landed in the rose garden. The other killed herself in the west wing. Both nuns are said to haunt the premises. One is nice, the other is pissed. The nice one just kind of wanders around, the other more malicious nun actively tries to hurt people. Also, at one point a shady priest lived on the campus, and is rumored to have abused the sisters.

Brenna Williams worked the graveyard shift at the Salt Lake Regional Medical Center emergency room. The emergency room is relatively small compared to other ER’s in Salt Lake, and some nights not a single patient would visit. So Williams spent a lot of time sitting and waiting. During one especially slow night, around 4 AM, Williams saw through the ER entrance a light go on in the west building. The west building was supposed to be completely vacant, and there was no reason for anyone to be in it. Through the window Williams saw a man in a black cloak and a woman with long, dark hair pacing back and forth. “I swear the woman turned and looked at me,”  Williams says. “I thought, that is the priest and a nun right there,” she adds, explaining their attire suggested they were spirits from a century prior.

Amy Bridge worked at Salt Lake Regional Medical Center as Director of Medical Records. At the time the hospital had an east wing which housed records, and had previously housed the nuns who ran the hospital. Bridge describes the building as, “Alice in Wonderland-ish,” with ceilings of varying heights and mismatched additions. In the very back was a room full of boxes, a heavy layer of dust, and a single string-pull lightbulb in the middle of the ceiling. The staff rule was to never go looking for a medical record alone, because no one wants to be murdered at the hand of a ghost nun, I assume. So Bridge escorted an employee who needed a certain document from the room. On their way, they shut and locked all the doors to empty rooms. Then, “we went to the end of the hallway, went into that creepy room to look for records, then shut the door and were walking back down the hallway, walked past one of the empty rooms we had already been in, and it sounded like someone inside the room had taken both hands and slammed them against the door,” Bridge says. “It wasn’t like a little shutter that you would hear if someone opened a door elsewhere, or there was a draft or the AC came on or something like that.” The sound was made by a physical being slamming his or her hands against the door. The two terrified colleagues called security, who proceeded to investigate the area in case the women had been followed. After a lengthy investigation, security and hospital administration found no evidence of anyone entering or exiting the area.

In her role as Director of Medical Records, Bridge worked closely with hospital employees who cleaned equipment, including the equipment used in the morgue. Since Salt Lake Regional Medical Center is affiliated with the University of Utah Medical School as a teaching facility, students sometimes attended lectures in the hospital. Ahead of those lectures, the hospital would receive frozen body parts to be stored in the morgue refrigerator until needed for a lesson. It was one employee’s responsibility to thaw the body parts prior to each lab. The night before a lab, he removed the frozen corpse bits (I didn’t dare ask which specific bits, cause gross) from the refrigerator and set them on a counter to thaw. At the end of his shift he visited the morgue to check on the progress of the thaw. But the body parts were no longer on the counter. They had been moved back into the refrigerator. The only other person who had a key to the morgue was the security guard, and he assumed security had pulled an obnoxious prank. So the annoyed employee called the guard and told him the joke was not appreciated. But the security guard on staff denied having moved the parts. Unconvinced, the employee admonished the guard not to move the human bits again because doing so would prevent them from thawing in time. He placed the body parts back on the counter, and decided to work late just to make sure the thaw progressed. He came back a few hours later and found, once again, the body parts were no longer on the counter but back in the fridge. So he called the security guard, and together they determined something more sinister was afoot. The guard and the employee reviewed the security tapes and discovered not a single person had entered or exited the area in the previous few hours.

A former COO of Salt Lake Regional Medical Center heard a number of employees on his staff talk about seeing a small ghost child on an elevator. He mentioned this with the same amount of drama one might mention a quirk in a vending machine. "A ghost child on the elevator?" I asked, mouth agape. "Yeah, just a small child in the corner," he replied, and he might as well have said "Button B6 actually gives you a Snickers instead of a pack of lifesavers." This guy is not easy to rattle. So it's remarkable that some of his spooky experiences, both his own and his employees', have stood out as worth sharing.

For one of the COO's colleagues, the elevator was extra suspicious, if an elevator can get more suspicious than transporting ghost kids. The colleague, the Hospital CNO at the time, told the COO that often when he was near the elevator, having not pushed any button to summon its arrival, the elevator doors would randomly open revealing no one inside. The COO and the CNO had just returned from a business trip, and as the CNO finished telling the COO how strange the elevator seemed to act around him, the CNO said to the elevator, “Did you miss me?” Then they saw the dial above the doors move, indicating the elevator was descending from the third floor. It reached the main floor where they stood, the doors opened, and no one was inside. Not even the ghost kid. Neither the COO nor the CNO had pushed any buttons.

One day the COO walked by the hospital cath lab and noticed cardboard covering a small window in the door. He asked the woman who ran the lab why the cardboard was there, and she told him her story. She was walking through the hospital tunnel that connects one wing to another when she got a creepy feeling, and a woman walked past her going in the opposite direction. A while later, on the walk back to her office, the creepy feeling returned, and the same woman walked by her again, moving in the opposite direction. Once back in the cath lab, she looked through the small door window and saw the same woman, who only a short time ago had been headed to the opposite end of the hospital, walk past the lab. That night the woman who ran the cath lab nearly died in a car accident.

The COO was told of another tunnel incident by a couple who visited the facility for an event when The Sisters of the Holy Cross still ran the hospital. The husband and wife were walking through the tunnel, the husband pushing his wife in a wheelchair. The slight slope in the tunnel caused the husband to lose control and let go of the wheelchair. A nun stepped in just in time to prevent the wheelchair and the woman in it from rolling away. Later, the husband wanted to thank the helpful nun and asked one of the other sisters where he could find her. The sister asked him to describe the helper nun, and he told her she had been in a habit. The sister replied, “We don’t wear habits anymore.”

Everyone I interviewed about Salt Lake Regional mentioned the notoriously haunted tunnel. Bridge says the only time she felt truly creeped out working at the hospital, including the time SHE WAS NEARLY ATTACKED BY A GHOST, was when she walked through the tunnel, especially when she walked by the morgue. “It’s a heightened place of...activity,” she says. Williams describes water dripping down the walls of the tunnel, and abandoned beds strewn in the corners. “People saw ghosts in the tunnels and heard screaming,” she says. Even my midwife during my last appointment said “Oh yeah, that tunnel is super creepy,” after I asked her about it. I am for sure her weirdest patient.

I needed to see this tunnel. So I went exploring. Like a real journalist.

My husband and I showed up on a Saturday afternoon, and just walked right on down to the basement tunnel. Which seems weird? No one asked who we were or what we were doing in the basement of the hospital? Near the morgue? But I am very pregnant and people tend not to question very pregnant ladies.

Though I had been warned by multiple people multiple times just how creepy this place was, I was expecting a mildly weird vibe in a small tunnel. What we found was a nightmare corridor that would make Satan say, “Hard pass. I’ll walk around.”

It's a long tunnel, but full of turns, so you can never see more than a few steps ahead.

Holes large enough for multiple mole people to live in dot the sheetrock.

Some unidentifiable liquid runs down the walls.

Parts of the walls are green?

And the sound of a boiler adds a comforting hiss to the already petrifying Hellscape:

With every step we took through the tunnel that I swear was 10 miles long, I grew more grateful that I had decided to bring a 6’3 man with me and taken the tour in the middle of a sunny day. When we reached the end, my husband asked if I was ready to walk back through to get to our car. I immediately opened the door to outside and began taking the long way around campus. I wasn’t about to push my luck. One stroll through the tunnel was enough for me. I didn't want to see a cloaked ghost priest or get jinxed into a car accident by a bored, specter nun.

While we hadn’t seen a ghost, it would not have been a surprise if we had. But maybe ghosts, like the rest of society, tend to leave pregnant women alone.