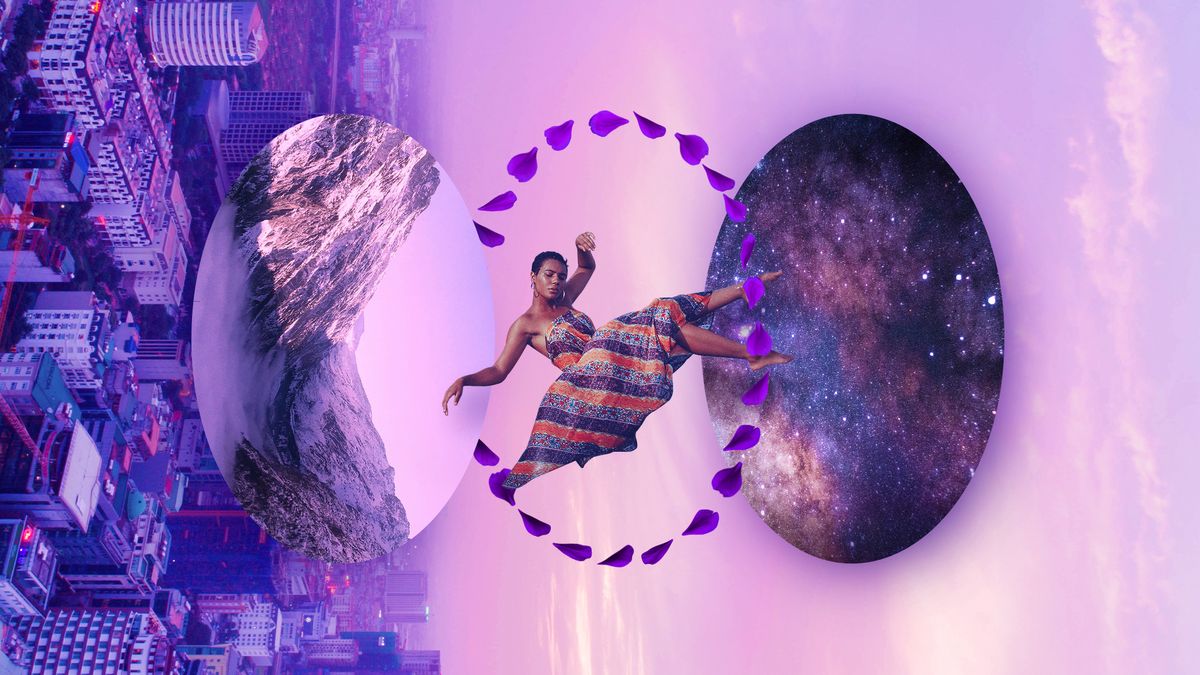 And maybe they were right. Maybe the zebra-striped Nike sports bra was a complete encapsulation of the person I was, or the person I could become. Surely the giver of the gift knew me better than I knew myself. Because at the confusing age of 17 I had little to no sense of who I was. And I was eager to adopt any personality that might stick. As any adolescent can tell you, the easiest way to adopt or at least fake a persona is a new outfit. Which accounted for the low ride cargo pant phase, the platform sketchers phase, the butterfly clip phase, and the chunky asymmetrical layered hair phase, a la Natalie Umbreglia in the Torn video. None of these had felt quite right but the fads of the day and the cool girls in school had persuaded me to try each look for six month periods. It was the don’t knock it until you try it and while you try it know that you will have crippling self consciousness but keep trying it anyway model with which I was living my life. And so the zebra-striped Nike sports bra was next on the Can Meg Pull Off This Look game show segment in my mind. I had never won before, but I wasn’t about to stop playing.

Since it was January 1 the gym was lousy with visitors on the first and last day of keeping their resolutions. “Posers,” I thought to myself because the confidence I lacked in my attire I made up for in my confidence that I could out-perform anyone else in the gym that day. I was no January only gym attender. I was a long time early morning treadmill user, fighting my expanding teenage body with hundreds of early morning miles logged. I was fast, too. I could reach a seven or sometimes eight on the ten speed treadmill for minutes at a time.

I weaved through to posers to get to the only available treadmill. It was a treadmill in the back row. The back row was filled with patrons you could tell already regretted signing a year-long contract with Gold’s Gym. These people wouldn’t make it a week. On the treadmill to my left was a middle-aged man with a sloppy grey beard, wearing workout attire that clearly doubled as gardening attire, jogging at a measured pace. To my right was a woman in faded yoga pants, letting the treadmill do most of the walking for her while she sipped long sips from her soft plastic water bottle. They both gave a slight smile and nod as gym strangers do while I fiddled with my machine’s settings and then reluctantly removed the oversized hoodie. I felt Beard’s eyes and Yoga pants’ eyes and the eyes of a few others in the very crowded gym zoom in on the loud print and bare stomach I had just unveiled for the first time.

I started my run at a modest speed. I tried to watch one of the ten tvs tuned to various channels, but I had already seen the Law and Order episode that was playing on TNT. And it wasn’t worth watching when I already knew the bartender had murdered his sister in law.  Every other monitor showed a different football game, none of which I cared to watch. So my eyes wandered the giant warehouse-sized space until I caught my reflection in the mirror-lined weight rack wall. I watched my blond hair bounce and my deltoids flex every time I moved my arms. I was impressed with my own form, and surprised to see that I was, in fact, pulling off the zebra-striped Nike sports bra. I was settling in nicely and quickly to this new persona, and began to believe with conviction that I was the wearer of tight animal print sports bras after all. I looked good as a zebra prancing through my proverbial savannah. And I felt good. So I upped the speed and gazed again at mirror me hitting my stride.

I was at speed six. I had more to give. So I adjusted the speed again. And then again.

I was at an eight, taking long, confident, leaping strides, watching the zebra stripes blur in the mirror. I was escaping any and all sub-Saharan predators and I was doing it with style. This was it. This was me. The existential crisis that is adolescence was over. This was who I could and would be moving forward. I would wear this tight, animal print bra a lot. I would buy more tight, animal print bras and wear them a lot. I would look amazing in the mirror every time. And I would get faster. But why wait? I knew I could get faster right then. And I knew the new me, the me comfortable in her many tight, animal-print bras, would never hesitate to reach her full potential.

So I took it to a nine. I was flying. Beardy and slow leggings lady were watching. People from around every corner of the very crowded gym were watching. I welcomed their gaze. Why should such a magnificent sight, this elite athlete in a sexy little number, this proud creature from the African plains, this confident teen who had finally found herself, not be admired? I smiled a slight, proud smile at my reflection, a specimen of sleek muscle and astounding beauty. So wrapped up in admiring myself was I that I didn’t notice my stride was falling ever so slightly behind the pacing of the rapid tread. My foot clipped the edge where the tread meets the plastic of the machine base.

Had I been running at a speed of four or five, this would have been startling but an easy correction. Had I been running at a six or seven, this would have been a close call but an ultimate save. But I was not running at a 4,5, 6,7, or even an 8. I was running at a 9. So when my foot clipped the side there was no time to recover before the tread pulled me down and with a loud thud I hit the floor. All the rest of the eyeballs in the very crowded gym joined those eyeballs that had already been watching, and grew wide at the sight of me laying sprawled at the foot of the treadmill, my torso pressed against the still moving tread, my legs up against the treadmill directly behind mine.

What happened next can only be defined as a lapse in brain function. If this were a testimony in a court of law and I were the defendant, the jury would absolutely acquit by reason of insanity. My defense attorney wouldn’t even have to make a closing argument. He would just roll a tape of the next two minutes. And then he’d say, “Ladies and gentlemen of the jury, your honor, I rest my case.” And then the jury foreman would say, “We don’t need to deliberate your honor, this woman is clearly out of her mind. Put her somewhere where she will no longer be a danger to herself for a very long time.”

My point is, I have no explanation for why I did what I did. I can only tell you what I did.

Blushing, I got off the floor. I put one foot on the left side of the treadmill, the other foot on the right side of the treadmill. Beardy and leggings lady didn’t even pretend to not be staring with concern. I didn’t meet their wide eyes with mine. Instead I focused on the task at hand – getting back on the treadmill and continuing my impressive workout as though two hundred people had not just watched my brush with death.

And for the second time in sixty seconds, my body made another loud thud as it hit the ground, torso pressed against the still moving tread, legs pressed up against the treadmill directly behind me, 400 eyeballs looking at a fallen zebra.

I stayed down this time. With my nose on the floor, I wondered if I concentrated hard enough the earth beneath me would open up and swallow me whole. I tried it. It didn’t work.

I knew I had to get up before someone called an ambulance or cut out the middleman and called a mortician. EMTs and funeral home employees are busy people and I didn’t want to waste their time, so I rose slowly. I tried to avoid meeting anyone’s’ eyes, but Beardy caught mine. “Slow down, speedy!” he said. What a useful tip! As I nodded in response, I felt my face burn a shade of crimson I had not known physiologically possible up until that point.

Wanna know what’s black and white and red all over? A 17 year old wearing a tight, zebra-print Nike sports bra falling off a treadmill in a crowded gym twice in one minute.

I wore a T-shirt to the gym the next day.

Listen to the audio version of this story told live on stage at The Beehive Presents: Strangerville Live.