Fun with Andy and Bravo: A 'Real Housewives' Primer 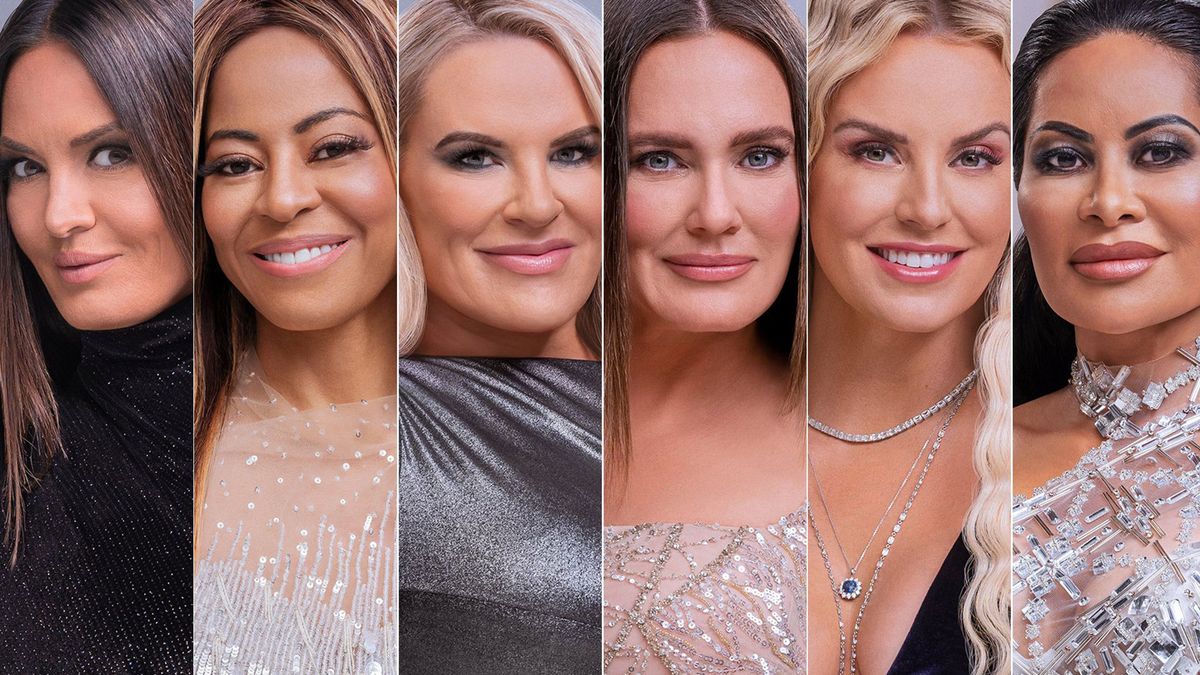 Tonight America will meet the newest Real Housewives — capitalized because a Housewife is not merely a housewife. And in recent years, they are rarely housewives at all. The newest inductees to Bravolebrity status will be our very own from Salt Lake City. We’ll meet them bronzed, big-bosomed, beautiful, and probably a bit in-the-headlights as they are coronated for all of cable TV to pick apart, bit by Botoxed bit.

Those with ties to Utah may be feeling a throat-closing sense of curiosity and doom about seeing our beloved Wasatch Front also picked apart. The first trailer for this newest franchise set in Salt Lake City highlighted the enormous boob job in the room: religion.

As a Housewives historian, I was pretty shocked by the “Mormon Mormon Mormon” of it all. At least that’s what the trailer sounded like to my Mormon ears, which have been trained by a 250-year-long persecution complex to hear the faintest whisper in the wind of “Utah,” “Mormon,” or “Yoda was modeled after Spencer W. Kimball.”

Two pillars of my personhood are my devotion to my faith, The Church of Jesus Christ of Latter-day Saints, and my other faith — the Church of Andy Cohen. I have been deeply involved in the Housewives universe since I met “OG of the OC” Vicki Gunvalson in the Orange County gated community of Coto de Caza almost 15 years ago. Since then there’s been over 100 Housewives I’ve grown to . . . appreciate? . . . through their tantrums, divorces, facelifts, drunken fights, bankruptcies, and baptisms by fire and water.

A trash-television connoisseur since practically infancy, I was no stranger to the outer darkness of mid-aughts cable TV. There I was—cycling through the TV Guide channel on loop when I saw something shiny that caught my greedy little eyes— The Real Housewives of Orange County.

In 2006 America was watching Desperate Housewives and the 35-year-old-looking teenagers of The OC. Bravo and then vice president of original programming, Andy Cohen, capitalized on bringing the twain as one flesh. And fleshy it was. Bedazzled by sky tops. The first time I heard Vicki Gulvanson scream about “A LITTLE FAMILY VAN” was the point of no return.

The Real Housewives of New York City was the next franchise to debut in 2008. I love each of these franchises like my children. Exceptional, memorable, and dysfunctional in their own special ways. While the Orange County Housewives have their stucco, Cheesecake Factory-like McMansions and shiny facades aplenty, the New York Housewives are their own kind of nutty with an East Coast sensibility.

You know those things you think of when you’re in your head that make you laugh aloud and look insane? For me, the rolling loop of those kinds of things are all snippets of RHONY episodes like “Please don’t let it be about Tom.” “It’s about Tom.” And the wind blowing Sonja Morgan’s dog’s ashes back into her face (RIP).

The Real Housewives of Atlanta was next — a cast of Black women who are arguably the most beautiful, most talented, and most intentionally funny of all the Housewives. From their midst rose queen Nene Leakes, and songwriter (she wrote “No Scrubs!”)/sex toy company founder Kandi Burruss.

There was a brief stint in D.C., a franchise that was canceled after one season partially because a cast member snuck into a White House party?? Another canceled city was Miami, which I actually enjoyed a lot.

Beverly Hills has been the third longest-running franchise. Out of its womb was born the garbage fire that is Vanderpump Rules, a dirty fountain from which I also partake. A lot of people, especially newbies to the Housewives, are really into RHOBH and it’s early seasons are *chef’s kiss,* but because some of the cast members are actually kind of famous and have reputations to protect, it often doesn’t sink as low as I like my Housewives to go.

The Real Housewives of Potomac and Dallas both premiered in 2016 and were the last new franchises before Salt Lake City. I’m gonna breeze over Dallas because I must use my word count to implore you to watch The Real Housewives of Potomac. Its fifth season is currently airing on Bravo and it’s the only show on television I am willing to watch live like a dummy because it’s so good.

I would like to declare this the best show on television right now. It has everything you want in a Housewives franchise: beauty, very little grace, humor, bonkers fashion, quippy one-liners, cheating husbands, entrepreneurial women with businesses that all sound like fronts for tax evasion — and what sets this one apart is that I would actually maybe want to hang out with these gorgeous broads. It has just the right amount of escapism and what-the-shit-ism. Jump right in this season and then go back and take in every episode you can.

I don’t say the whole “cinematic universe” bit lightly. There’s a whole economy built around the Housewives. Podcasts, dedicated Instagram and Twitter accounts, blogs, Bravocon, and more. Especially throughout this uniquely terrible 2020, these shows have brought me so much joy and have been a balm for whatever hell this year has been.

When the trailer for RHOSLC first premiered and The Beehive started engaging with the content, I noticed a lot of comments about how people were curious, but could never watch The Real Housewives. Although I am obligated by modern politeness conventions to say I respect that opinion, I think it’s a bad one.

Because one: I’m sensitive and these Housewives are like family to me. Distant relatives I want to check up on via their Instagram accounts and do not want to see in real life, but are family nonetheless.

Two: Because being above watching reality TV is the type of self-seriousness we could all use a bit less of.

And three: I feel a level of protectiveness for these women. There are so few places in culture for women over 40 and especially 50, and there has been a very weird, very unique place carved out on Bravo for women of a mature age — despite their lack of wrinkles on their faces or decolletage — to be brazenly themselves. Often it’s at their expense, and I think they’re (mostly) aware of that, but it also gives women a platform to make their own money, which is still a thing rare enough to be of note.

Housewives is the perfect title because it’s a play on words at this point. Going through my embarrassingly intact backlog of Housewives knowledge, many or even most Housewives are single. Many come from previous marriages where their ex-husbands held very large pursestrings, and these stupid shows have allowed them financial and personal autonomy not often afforded divorced women, especially those who spend their prime career-building ages raising families.

If you plan to watch The Real Housewives of Salt Lake City thinking you’re just there to mock the women and their (probably bad) choices, might I offer a suggestion. Along with curiosity and wanting to see all the familiar filming locations, think of it as a Tennessee Williams play or some sort of Shakespeare tragedy. There’s family intrigue. There’s humor. There’s certainly drama most network television shows can’t write. Because it really is real.

Truth is stranger than fiction, and although many little plot points on these shows are produced, this is a certain kind of reality that is unique to our time and place when we have a former reality TV star who won't leave the White House and a version of our own lives being transmitted via our social media accounts.

We will cringe together at all the Mormon references and misinterpreted cultural signals. Seeing our people so out there will be disorienting, especially for Utahns who are used to our regular flag bearers of Mitt Romney, Robert Redford, and a whole network of Instagram influencers. There will surely be times this season where we will bury our heads and yell at our televisions, “What Am I Watching?!” But that’s the fun of it. Let’s watch together.

We're Coming To The Beehive State. Come On!

Skinwalker Ranch- My Date With The Paranormal