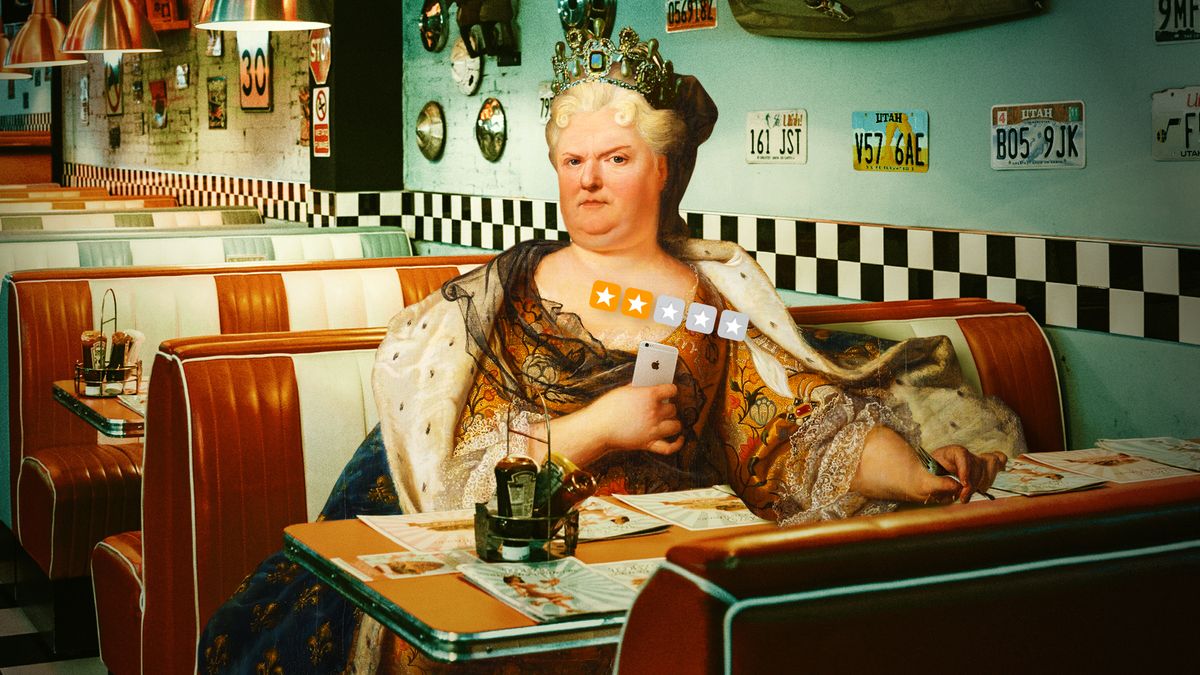 Anecdotal evidence suggests that in this 2020 remote work landscape, residents of other states are selling their homes and heading to Utah for a lower cost of living, abundance of employment opportunities, access to our many state and national parks, and World’s Greatest Snow.

If you number among those making the pilgrimage to Utah, let me be the first to welcome you. I hope our lovely Deseret exceeds your expectations, and I thank you for choosing this place, which is The Place.

I just have one request whether you come here to stay or simply stop by:

Our Yelp, which I like to use for its intended purpose–determining what to order at a given restaurant and where to get my oil changed–is a mess full of reviews from unreliable narrators thanks to out-of-staters who love to tell us how exotic and sophisticated they are and how lucky we are to have their presence in our fly-over state.

Like the Californians who flex their Mexican food palate:

And the East-coasters who seem to believe all pizza should be New York pizza:

And also Southerners who cannot believe anyone north of the Mason-Dixon line is capable of operating a smoker.

And the coastal citizens with their sushi opinions:

Look. I get it. Things are different here than they are in your hometown. Tacos taste a little different. The pizza isn’t made with water from a Park Slope artesian well. I'm sure the ribs in Texas are better.  I understand how frustrating it is when you’re expecting something you know and love, but what you get is something that isn't quite it. I remember finding a “Mexican” place in Latvia after a year of missing chips and salsa, and thinking I was finally going to get a taste of home. When the “tacos” turned out to be Ortega shells with Swiss cheese inside, I actually started crying right there at the table in front of a group of other missionaries. I don’t believe you’ll experience anything so dramatic as you sample our local goods and services, but I can forgive getting a bad review or two out of your system. You’re homesick. It happens.

What I can’t forgive are pages of negative reviews written by the same user who has a clear disdain for Utah, every business that operates therein, and every customer who frequents those businesses, even after living here for years, which is what I found when I ran across this review of City Creek:

The review is accompanied by a followup, because her first review was flagged, probably by a Utah defender like me.

There’s just so much here and I understand very little of it.

Does she understand that lingerie is not necessary in the making of babies?

Is there a Yelp deep statem  review-pulling conspiracy? Why have none of my Instagram friends posted about this?

Is it possible to lift your hand with a 3 carat diamond on your finger?

After googling “No Bounce to the Ounce,” I clicked the user profile and found 75 reviews, all disparaging Utah in one way or another.

One review detailed a verbal altercation with a pharmacist, another complained Nordstrom lacked certain designer handbags, still another stated she didn't like Takashi because too many men had taken her there on dates.

Although “I-FINALLY-HAD-SEX trophy” is a pretty good burn, this review hurts my feelings. All her reviews hurt my feelings– there are just so many of them and none of them are fair and I feel like if she just gave Utah a chance she would find things to like about this place.

There's one guy though who I think will never be persuaded to visit Utah again, and honestly, based on this review of the Cinemark Sugarhouse, that's on him:

To recap, this guy and his daughter flew into Salt Lake City airport, grabbed their luggage even though they had a connecting flight, took an Uber to the opposite end of the city passing five other movie theaters along the way to Sugarhouse Cinemark, the city’s smallest theater,

where they were told that bags are not allowed in the auditorium, a pretty reasonable policy IMO, and then asked if the teens running the place could “make accommodations” for the luggage.

How do I know teens were running the Cinemark Sugarhouse? Two reasons:

But the age of the employees is irrelevant to the no-bags-allowed rule. Any employee would be doing the right thing by keeping corporate policy and forbidding random bags (!!!) from entering the theater. Yet this man, in what I assume was a state of jet lag once arriving at his destination, made it a priority to leave my beloved theater, the one where I saw CATS!, a one star review, and mess up the rating algorithm forever.

Not the Utahns who need Yelp to find the best dry cleaner or turkey sandwich or whatever. Not those passing through looking for the best local options. And certainly, not you, the new transplant, as you discover the many hidden gems of Utah's food, service, and recreational industries.  So if you can’t say something nice, get off my Yelp.