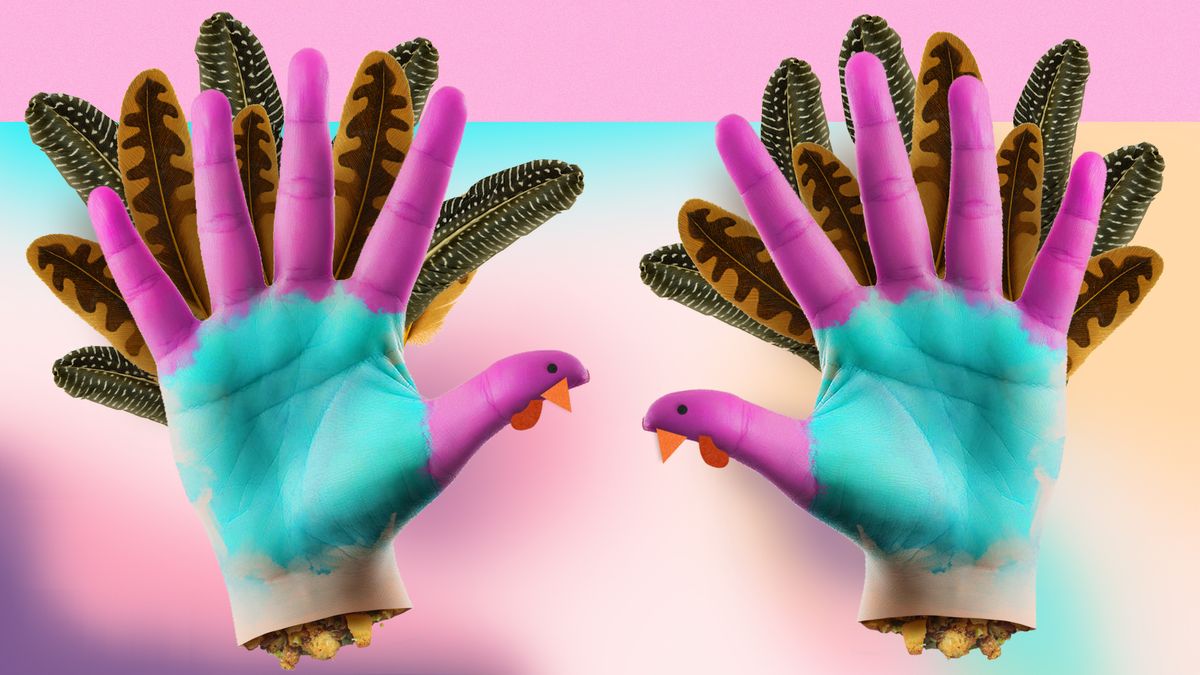 In honor of Thanksgiving, we at The Beehive present what we’re most thankful for this November.

I’m thankful for the opportunity I have to drive from Salt Lake to Lehi during major I-15 renovations. I like to start every day with an adrenaline rush, and driving 85 mph on a freeway where lanes only sometimes exist offers adrenaline in spades. I appreciate the way some lanes stop without warning and new lanes begin right in the middle of where the last lane should have been. This is especially fun while exiting the freeway. I also appreciate the current makeshift median, which appears to be constructed of chicken wire and lawn tarp. One stray pebble could send the whole thing toppling, and there’s nothing more thrilling than wondering if it will be my body pulled from the wreckage when the whole thing inevitably falls apart.

I’m thankful for the high volume of children who reside in our state. This is not a joke. Living in a place with lots of kids makes having your own kids less stressful. There’s a lot of pressure when your kid is the only one in the grocery store, airplane, DMV, or whatever. But visit any Target along the Wasatch Front, take any flight from Salt Lake International Airport, or begrudgingly go to any Utah DMV location (likely after months of putting it off), and there are sure to be at least nine other children present, and chances are, at least one of those kids is going to be behaving worse than yours. And even if your kid is being a jerk, everyone else in the Target, plane, or DMV is very accustomed to the shenanigans of children, and most have been the parents to their own children who were at times, jerks.

And I’m thankful for Utah’s seasons. I mean, I could do without the inversion months, but I believe their existence makes the arrival of spring that much more joyous. Lately I’m particularly grateful for autumn. We live in Sugarhouse, the land of old, problematic trees. Outside our house we have a tree that is like that kid who is really late to hit puberty, but then suddenly shows up senior year of high school with broad shoulders and a full beard. This tree’s leaves stay green right up until late November when the temperature dips low enough, and all in one day the leaves turn yellow and drop to to the ground. Without even a slight breeze, the tree rains leaves for a full 24 hours. The tree is at least 50 years old and the aftermath requires days of raking. This year we filled an entire yard waste can and 16 outside garbage bags. It’s a real pain, but oh my gosh, breathtaking. A stunning, magical surprise every year.

Thanksgiving weekend is the greatest time of the year.

In general, the only things I care about in life are football and food — this weekend is when everyone else follows suit. The entire holiday is built around eating pie and watching three NFL games. Nobody cares about family time or giving presents to little kids. We don’t dress in couples costumes or pretend to love parades. There are no roadside fireworks emitting huge clouds of black smoke. The rules for enjoying Thanksgiving are simple: pour gravy on everything and give thanks for football.

For the first time in eight years, BYU-Utah will play Thanksgiving weekend. Our best college football rivalry is back to being played on rivalry week, when Utahns are hopped up on whipped cream-covered jello and itching for a passive-aggressive fight. Most people prefer the high stakes of Michigan-Ohio State and Auburn-Alabama — we’ll settle for a meaningless game between neighbor enemies, played in the freezing cold.

Utah opened as 13.5 point favorites and I can’t tell if the line is a touchdown high or low. Probably low, considering Utah sits on BYU’s soul and locks it in the basement everytime the Cougars show signs of life. BYU owned the rivalry through 2001 but has won only three times since. Three. There is great bitterness that Utah was chosen by the Pac-12, a move BYU countered with self-banishment to the lonely wilderness of independence. As of now, there is a fair-sized gap between both programs — Utah has clinched the Pac-12 South and will play for the conference title, while BYU needed a win last week over New Mexico State to become bowl eligible.

As with anything in life, I have no idea what will happen in this game. I don’t really care. Football is ugly in many ways, but beautiful in the way it creates the unexpected. Maybe BYU ends their seven-game losing streak to Utah and Provo drowns in chocolate milk. Maybe Utah squashes BYU and Provo buries their Cougar Tails in solemn, tearful ceremony. Again, I don’t really care. Thanksgiving is here, and football is here, and rivalry weekend is about to get real. I’m ready.

Growing up, I spent countless hours throwing a baseball as hard as I could against the side of our family’s cinder block garage. If a better way of spending time existed, the world did a great job of keeping it secret. I thought “cinder block ball” was the official pastime of every boy in Spanish Fork, Utah. I thought it was normal to spend that much time alone, dreaming of the day I’d be able to put the Beehive State and the circumstances of my life in the rearview mirror.

Last week I saw that old cinder block garage. My mind drifted back to that angry kid, tears streaming down his face as he attempted to escape reality by throwing a baseball until his arm went numb. I’m thankful for him. I’m thankful he didn’t give up. I hope he’d be proud of the man he is today. I hope he’d forgive me for the regrets, pain, and heartache I’ve created along the way. I hope he’d appreciate the way I love Brooke and I hope he’d feel the overwhelming happiness our four children bring to life.

I hope he wouldn’t be too mad he lives just a few minutes from that garage. It turns out Utah was too special to shake. It’s become more than a beautiful land filled with kind, earnest, and flawed folks trying their best to make it a better place – it’s become a personal reminder of a boy’s journey to a better and happier life. It’s finally become home, and for that I couldn’t be more thankful.

This year I’m grateful to be an invisible member of The Beehive team. The one who tells Clint to cut 90% of every article he writes and stays up all night collaborating on increasingly ridiculous campaign slogans until our slack channel dissolves into “We’re such a great team!” typed over and over until one of us cracks.

I’m also the one who encourages Clint to tackle beautiful, difficult, stories of love and loss and the terrifying unknown, only to spend entire weekends sobbing and editing, gutted by his ability to craft perfect, heartbreaking sentences. (I also cry-edited my way through his Garth Brooks piece, but for COMPLETELY DIFFERENT REASONS.)

Maybe you’ve noticed fewer adverbs in Meg’s articles? No? Me neither, despite seven months of gentle, unrelenting requests to knock it off with the “ly” words, she continues to modify the hell out of everything. And you know what? It’s fine. She gets away with it because she told me what eyeliner to buy (Marc Jacobs), doesn’t think ASMR is a sex thing (wrong), and hunts ghost nuns in a hospital basement while 8 months pregnant (hero, hilarious, and $50 her baby’s haunted).

Oh, and do you know Josh, our graphic designer? Because I don’t. But I’ve heard he’s perfect and lovely and we’d be lost without him.

I’m thankful for my job and brilliant, hilarious coworkers who saw me, a raging feminist poet with the sense of humor of a 14-year-old boy, and said, “Fine. Just don’t give her a podcast.”