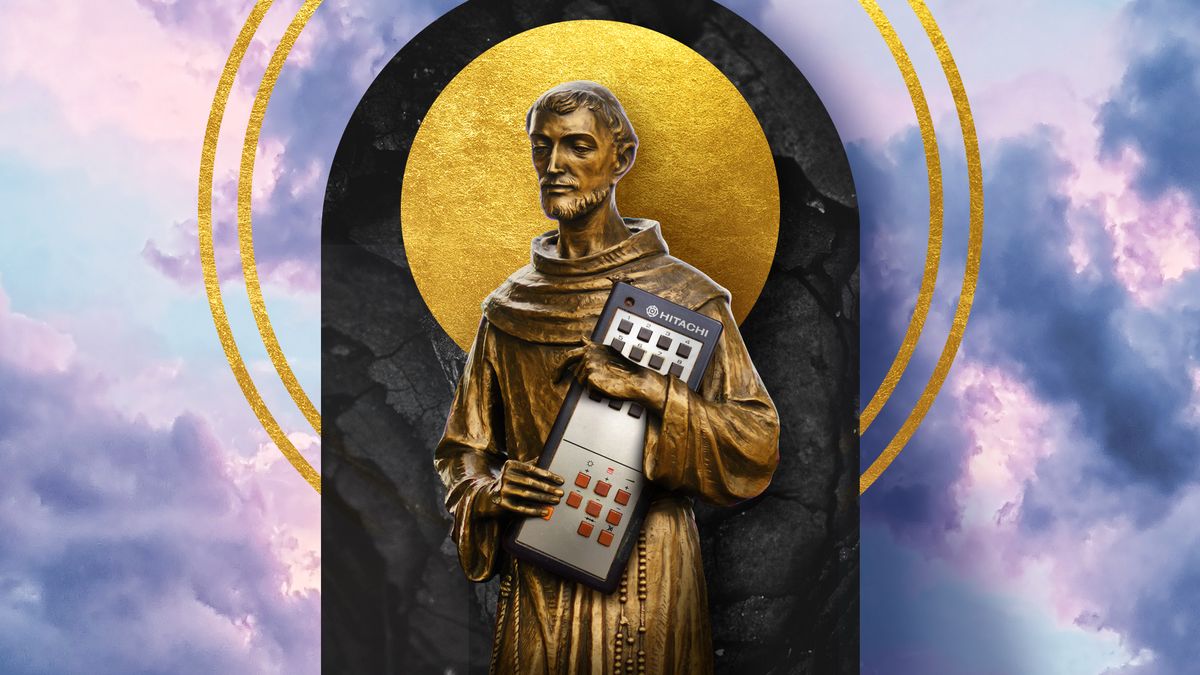 Like many Utahns, I was raised in a home where I was taught an explicit, detailed conception of the afterlife. One in which life continued forever after you die, and the quality of that eternal life was dependent on the choices you made while living on earth. Depending on how good or not good you were, you would be sent to live forever in one of four places, each with their own requirements for getting in and different amounts of joy and happiness once you were there.

For the most part, having a belief system that laid out the purpose of this life–the requirements for getting into heaven and a vision for what eternal life would look like–brought a sense of peace and comfort. It was nice having a list of things I needed to do and of things I couldn’t do, and knowing that if I followed those rules I wouldn’t end up spending eons upon eons hanging out with the people who were sent to Hell. Like all the murderers and the cast of Jersey Shore. As a person with an anxiety disorder, having answers and knowing what to expect is often the antidote.

There was just one problem. The idea of eternity has always terrified me more than the possibility of a not eternity. And not just because of the possibility of eternal life could potentially mean being forever damned, but even the idea of living eternally in a perfect paradise with unending happiness and unlimited knowledge and potential seemed terrible to me. Forever is terrifying.

I was taught that as perfected beings in heaven, we wouldn’t need to eat or sleep and we would forever be surrounded by our families and loved ones. To some people that may sound literally perfect, but don’t they know the best parts of any day are the eating and the sleeping? And I sure love my family, but two days with them at Thanksgiving already feels like eternity, and you want me to do eternity eternity with them? That’s a hard maybe from me.

I think a large contribution to this fear comes from the fact that I just cannot wrap my head around the concept of forever. Forever feels incomprehensible. Nothing on earth lasts, so we don’t have a concrete example on which to base our understanding. Food goes bad if left in the fridge long enough, most relationships die, even The Land Before Time franchise came to an end.

Now, I don’t think I’m unique in this fear. In fact, I know I’m not because I conducted a very scientific survey and asked exactly one of my friends for her thoughts on the subject, and she too indicated she had a crippling fear of eternity. So much so that she couldn’t look up at the night sky when she was younger because space just kept going and going. It hurt her brain so much to think about the never-endingness of it all that it left her crying in a curled-up ball telling her family through tears that she didn’t want to live forever. There is even a name for the fear of eternity: apeirophobia. A quick google search confirms this phobia plagues the religious and the non-religious alike, and for most, there isn’t a clear way to mitigate this existential terror.

The fact that someone created a television comedy exploring these themes and more is proof enough to me we are in the Golden Age of Television™. I have obsessively watched every episode of the NBC hit The Good Place more than once, texting my family after each one to laugh at things like butthole spiders and penis bees and to talk through the questions the show encourages us to contemplate.

For those of you who haven’t watched it, there are hella spoilers coming so either go binge all four seasons now (I’ll wait) or press on, and I’ll try to sum up this multi-layered show as best I can.

The Good Place focuses on a group of six individuals consisting of Michael, a demon who designs torture scenarios in the Bad Place; Janet, a non-human, Siri-type character who has all the knowledge of the universe; and four humans, Eleanor, Chidi, Jason, and Tahani who have died and all ended up in the Bad Place as they lived less than exemplary earth lives, and therefore, didn’t earn enough points to get into the Good Place. These six characters eventually team up to form Team Cockroach to confront and challenge the very system that landed the humans in the Bad Place.

We come to learn that no one has actually gotten into the Good Place in 500 years as life on earth has become too complicated, with each decision humans make having unforeseen and unintended consequences. People could not live a life, no matter how hard they tried, that would reward them with enough points to be offered a spot in the Good Place. Ultimately, this rag-tag group of saviors of human-kind convince everyone in charge to adjust the afterlife system in a way that would allow humans to accumulate additional points after they die and be given as many chances as necessary to become better humans. Ultimately providing everyone the chance, no matter how they lived their life on earth, to be allowed an opportunity to end up in the Good Place.

In the final few episodes of the series, all members of Team Cockroach are finally granted entrance into the real Good Place. Upon arrival, it seems as if it is everything you could possibly imagine. There are Ring Pops that if eaten help you fully understand the meaning of Twin Peaks, and doors that when walked through allow you to visit any time or place, real or imagined. In a nutshell, it slaps.

Unfortunately, it doesn’t take long for the new arrivals to realize not everything about the Good Place is, well, good. Eleanor and Chidi meet up with Hypatia “Patty” of Alexandria, one of the only ancient philosophers who actually got into the Good Place. (Aristotle didn’t make it since he supported slavery, and Socrates was too annoying. Apparently he was a real loud chewer). Patty tells them that “On paper this is paradise. All your desires and needs are met. But it’s infinite, and when perfection goes on forever, you become this glassy-eyed mush person...You get here and you realize that anything’s possible and you do everything. And then you’re done. But you still have infinity left.” Everyone has become happiness zombies.

The solution Team Cockroach comes up with is to give the people in the Good Place an out, if they want it. They are provided a final door that when walked through will end their time in the universe forever. What exactly happens to you when you walk through this door is a mystery, but they’re told it will be peaceful. After this plan is announced to the inhabitants of the Good Place, they break out into a loud, raucous applause. The idea of finality infused a sense of purpose into their existence once again. The final episode shows half of Team Cockroach choosing to walk through that final door after they completed and accomplished all they wanted to, when the time was right. The goodbyes are heartbreaking. And also undeniably beautiful.

A number of years ago I began to confront the beliefs I was taught as a child in a way that ultimately resulted in me dismantling the structure that held these beliefs, brick by brick, until there was almost nothing left. I had to then rebuild this structure from the ground up, intentionally choosing which bricks to keep (love all the people) and which bricks to toss (coffee is bad). Most of the beliefs about the afterlife ended up in the “maybe, but I really don’t know” pile. This process was heartbreaking. And also beautiful.

All the panic and fear I had about knowing I was going to live forever morphed into panic and fear about not knowing anything about anything at all, on top of my fear of forever. Even when all the answers to life’s big questions fell apart around me, I was still deeply invested in security and certainty which makes being uncertain that much more earth-shattering. Over the course of the following few years, I kept searching for answers and the best I could do for most questions was “I don’t know.” To be honest, I still don’t know. What has changed is that  I’ve largely stopped looking for answers.

Don’t get me wrong, this is all still very much a work in progress. And I still have significant anxiety and my go-to state of being will always be one that searches for answers and revels in certainty. But as I’ve forced myself to get more comfortable with feeling like I don’t know, I’ve regained some of my childlike wonder and curiosity. And as strange as it might sound, my life feels more playful and there’s more room to be surprised.

I know how dark this sounds. How depressing this feels. Goodbyes and endings are forking hard. The unpredictability of life often leaves us feeling foundationless. But when we look for it, there’s beauty and sweetness in all that too.

Embracing finality as a fact of life, understanding there will be a lifetime of goodbyes, and being uncertain about so many of life’s biggest questions has made my experiences, my relationships, and each phase of my life more meaningful. This may (or may not) be all I get. An experience I really love could end at any time, so I enjoy every moment while I can. Holding things close to my heart, creating space for the fact they might not last forever, embracing uncertainty rather than running from it, and learning to let go when the time comes has made me a kinder, gentler, more loving and vulnerable human. I can’t know for sure, but I hope that’s enough to get me into the Good Place. That is, if there is one.

A Fight That Did Indeed Happen