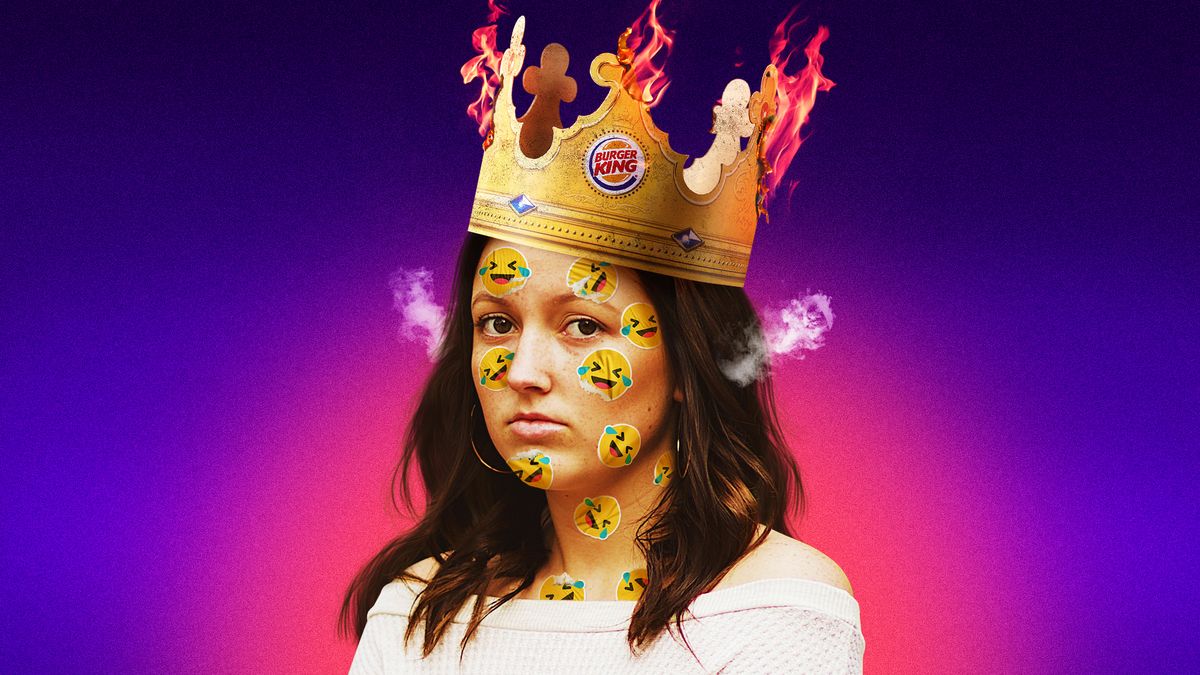 I want to talk to you about my struggles with hot girls.

I’m not talking about girls like you and me. Most of us can pull something together with enough mascara. I’m talking about girls who are so hot they post selfies with unrelated captions. Who are super into fitness because their body is naturally perfect. Girls who casually model, who have no pores. You know the girl I mean.

I have some anger toward these girls, which is problematic as someone who identifies as a feminist, because I’m supposed to have space in my heart for all women. I’m supposed to see past their deceitful exteriors into the essence of who they are.

It’s also unfair because I know they didn’t choose this. Being born hot is every bit as random as having facial warts. I know it’s not their fault they’re trapped in perfect bodies, it’s just that I’m sure hot girls’ lives are easier than mine, and I’m mad at them for that.

If you live in Utah, you’re well acquainted with the hot girl, since there are more here per capita than anywhere in the world.

I grew up in Utah County and went to BYU so I would say I spent a lot of my formative years surrounded by very hot girls. After high school and into college I watched them get married, or “snatched” as people liked to say. As though they were being abducted into marriage.

I wanted so badly to be snatched! To be plucked up by some handsome tall guy with an internship at Bain. But that didn’t happen.

Also I was super bitter.

It came to a point where I thought, I need to make peace with the hot girl, and the peace I made was, well, I’m funnier. Forget coming to accept myself for who I was– that would have been too much work. The peace I made was to simply find a way in which I was better.

I graduated college and I moved to Los Angeles to work in advertising. I moved away from the land of hot girls and into the land of models and actresses.

I moved to LA to work as a copywriter in an advertising agency. If you’ve seen the TV show Mad Men, it was just like that only with different outfits. For about two of those years I worked on Burger King. Here it should be mentioned that I’ve never eaten Burger King, at least not on purpose. I’m sure I’ve had it once in some dire road trip situation, but I’ve never driven myself to Burger King to order a Whopper. I’ve just spent years of my life telling other people they should definitely eat one, because obviously Whoppers are fire-grilled and delicious!

One of my assignments while working on Burger King was to write the kids’ commercials for BK’s international market.

In the hierarchy of commercials, this assignment ranked very low. There were lots of strange client mandates, like each one had to have a Mom, a Dad, a son, and a daughter. We were required to feature the kid’s meal toys but we couldn’t show the food. We had to tell a story but couldn’t use dialogue, and we had to make that story work in :30, :20, and :10 second spots.

I suppose the thinking was to dumb them down enough that they could play in multiple countries and if there were different languages or foods it would be fine? But the result was a sort of mimed, slapstick, silent-film commercial.

They were bad. But one in particular was worse than the others. The premise my partner and I had come up with was this: we open on a family eating Burger King around the dinner table (because that happens). Everyone’s super happy! The food we’re not seeing is delicious! The daughter pulls out her Kid’s Meal toy, and there’s a magical bling sound, and we see Mom has transformed into the toy. The son decides he wants to try, so he pulls out his kids meal toy, looks at Dad and sure enough– Dad transforms too! I think the Mom became a figure skater and the dad a superhero, because gender roles.

So that was the concept. The client signed off on it and we went into casting. We spent days auditioning a lot of good actors, and a lot of beautiful people, and after ignoring our recommendations entirely, the client took one look at the headshots and picked the four most beautiful people to be our cast.

The woman they picked to play the mom was super hot, but she wasn’t very friendly. You know in The Little Mermaid when Ursula turns into a human? That was her vibe– standoffish with evil eyebrows. I’m sure a nicer person (or a guy) would have been like, “oh she’s probably just shy.” But I was used to the models and actresses I’d worked with being quite gracious about the fact they were being paid to be hot, and she wasn’t.

I was admittedly biased against her from the beginning, but I kept it professional. When we went to shoot her transformation scene, it all went  fine technically – the daughter pulled out her toy, we whip-panned to Mom – surprise, she’s in a miniskirt! Her legs look great! The only problem was that the kids were supposed to giggle when their mom transformed, and they didn’t.

For me, this was great news  because it was proof that she wasn’t funny! The problem was, without their laughter the spot wouldn’t work. I mean they’d smiled. They’d tried to laugh! But there wasn’t any audible laughter, and again because neanderthals had to understand these commercials, that was not okay.

The sound guy turned to me with a brilliant idea. He said, “Let’s take the kids and record them laughing. We’ll get the audio separately and put it in in post so it looks like they laughed during the original take.” Done! He grabbed me, the two kids, and the Mom-model, and took us into a spare bedroom in the house where we were shooting. He got the kids seated and then turned to the model and I and said, “Okay, so you guys are gonna take turns trying to make the kids laugh, and I’ll record it.”

It was like the universe had engineered a perfect test for my theory that I was funnier than hot girls. And I realized in that moment how much I had never wanted to put this theory to the test.

The sound guy got all his equipment set up, lowered his mic, told everyone to be really quiet, hit record and gave me the signal. And I panicked.

I was like okay, kids. Make the kids laugh! What do kids think is funny?

I stood there racking my brain and nothing was coming, and they were all staring at me waiting to laugh and so I leaned down to the kids’ eye level and made a silly face.

The kids did not laugh. (Which was fair.)

The sound guy then turned to the model and told her to give it a try. She told some knock-knock joke or something that wasn’t funny either, thank heaven!

The kids did not laugh. Their silence was deafening. The sound guy gave me a patronizing look and I could tell even the kids felt bad for me. If you’ve never experienced kids feeling bad for you, I am here to tell you it’s peak shame.

Now the model was up again. A quick side note here to mention that since she was done shooting, she’d changed into a black v-neck t-shirt and super shiny black spandex pants. I should also mention that after she’d bombed her first joke she’d started to look a bit nervous. And I was starting to soften towards her. I was like, See! We’re both just trying to hustle, we’re in this together! Girls support girls!

But now as I looked at her, I saw this glint come into her eye. And her eyebrows went evil again. And somehow I knew that this was the moment where our paths diverged.

She stood up and turned around with her back to the kids, then looked over her shoulder at them and grinned. And then she proceeded to shake her butt.

She shook her butt. Right in their faces! Except her butt didn’t even shake!

And you already know the next part, which is that the kids laughed. They laughed and laughed, they were doubled over laughing – even the sound guy was laughing! Through laughter he yelled, “Cut! We got it!”

And everyone was just overjoyed except for me. Because what is left for the rest of us? Not only was she super hot, and being paid to be super hot, she was beloved by children. She had used her hotness to be funny, which is cheating.

I left the set that day really wanting to put it behind me. I thought, that was one time, one girl, that was not a conclusive test of my theory.

But then I had to spend the next month in the edit bay working on the :30, :20, and :10 versions of our spot, which meant I had to listen to those kids laughing over, and over, and over.

And it’s weird, but I became strangely grateful for that experience, because it forced me to accept that this is a losing battle. And that no matter how angry it makes me, or how much I want to change it, no power in the world can stand up to the butt of a really hot girl.

How Do I Love Thee: A Very Unnecessary Recap Of A BYU Film From 1965