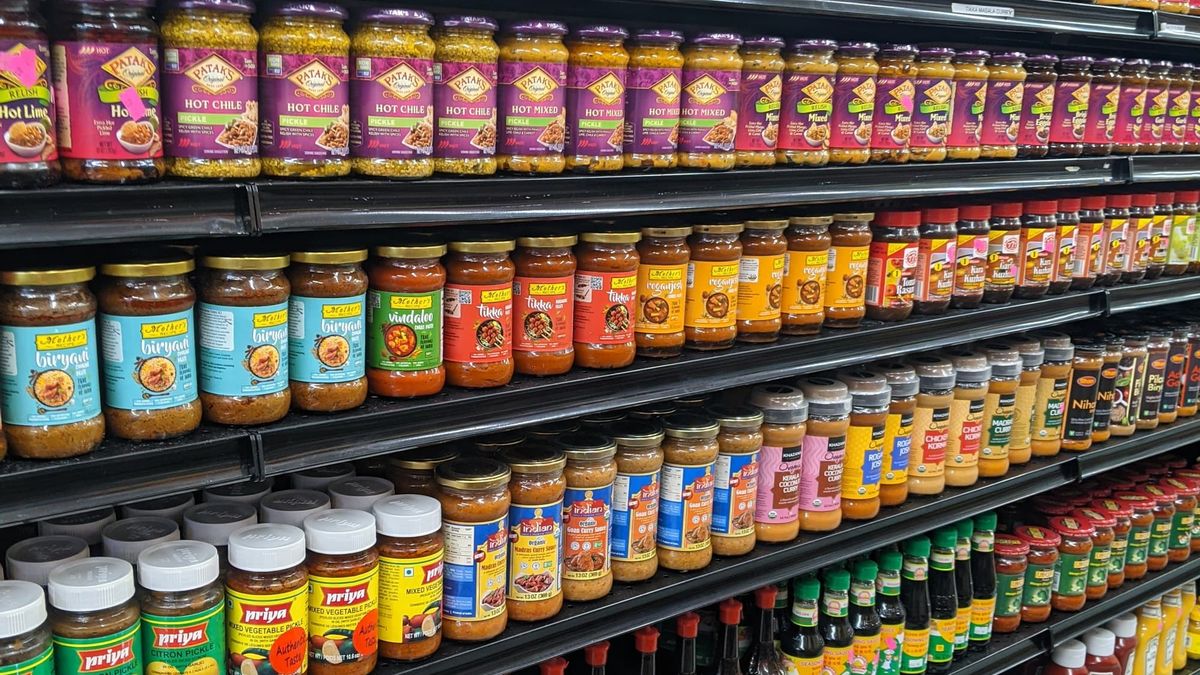 As a Utah-based foodie, I have been trying to find acceptable words for The Washington Post columnist Gene Weingarten’s steaming hot take on being a picky eater that appeared on August 19. “What the frigging heck was he thinking?” might have been where I started. “Who in the everlasting hills does he think he is?”

If you haven’t had a chance to absorb his greasy spill of a think piece, I might not recommend the reading, but you should at least be aware that it exists in this, the year of our Lord two thousand twenty-one. This man, a food writer, Pulitzer Prize winner, and self-described owner of “an unusually sophisticated palate, broadly eclectic tastes …, and a huge appreciation for culinary inventiveness” woke up last Thursday and for some reason decided he was going to expose his entire posterior. This grown man thought it would be cute and witty to list off the foods he is too good to have to eat, like Old Bay seasoning, hazelnuts … oh, yeah, and Indian food. The first version of Weingarten’s column made it past copy editors and, one would assume, multiple pairs of other human eyes, and still somehow came out into the world proclaiming the foodways of an entire subcontinent “the only ethnic cuisine in the world insanely based entirely on one spice.”

It was meant to be funny; the New York Post is rolling its eyes at the fact that the wOkE MoB cAN’t TaKE a j0Ke!!. It was not funny. It was embarrassing in its ignorance and audacity. Top Chef judge Padma Lakshmi quickly fired back to tersely educate this dudebro—who somehow made it out of the seventh grade without balancing multiple flavors in his mouth—about the fact that ridiculing an entire food culture is a tried-and-true racist and anti-immigrant shaming tactic with a long history in the United States and the West.

Weingarten has since tweeted an apology. Well; first, he went to a fancy D.C. restaurant to try a nice Indian dish again so he could smugly report to Lakshmi that it was “still swimming with the herbs & spices I most despise.” But then someone maybe possibly connected to his continued employment talked him into being a tiny bit more self-reflective and his Twitter photo is currently a poop emoji. Desi Twitter has produced some excellent clapbacks, and the fun has spilled over to other markets as journalist Jose DelReal has reminded us that pumpkin spice is “famously the only spice in North American cuisine.”

But let’s move beyond dietary dum-dums acting like incarnate versions of 1960s junior league recipe collections with plastic spiral bindings. Indian food in its broadest sense—Indian, Pakistani and Bangladeshi food, and the food of the Desi diaspora—is a culinary treasure that is only beginning to be appreciated on our spice-deprived quarter of the globe. But it isn’t the 1960s and this isn’t your momma’s junior league and there is a great amount of absolutely divine subcontinental food available right here, right now, in our lovely Deseret.

Yousuf Khanani runs Qaderi Sweetz N Spicez, a South Asian grocery and eatery with locations in West Valley and Salt Lake City. The West Valley location has been selling more than one spice for 25 years; the Salt Lake location at 1700 South and State Street has been open for 10. I asked Khanani how he’d respond to Weingarten’s one-spice comment. “It’s a total misconception. There are thousands of spices.” I looked over my shoulder and yes, there were thousands, literally right there where I could easily have gathered them into an armful that “would smell so sweet.”

Khanani told me that cuisines in India and Pakistan differ drastically by region. “There are so many cultures. It’s maybe the most diverse nation in the world, and each region has its own cuisine.” Celebrity chefs are not the figures they are in the West. Food is more homestyle, he says, and everyone learns from their own friends and family members.

If you’re a newcomer to Indian cuisine, Khanani suggests a few favorite dishes that he thinks will be very accessible and widely enjoyed: nihari is a slow-cooked stew of beef, mutton, goat or chicken, flavored with bone marrow and pipli, a spice also known as long pepper, which was one of the original reasons that Europeans tried so hard to make it to the East Indies. Biryani is a rice dish that originated with Indian Muslims and is now beloved around the world. It can be made with chicken or other meats, or can be found in vegetarian versions. In a subcontinent full of religious and cultural diversity, there is a variation of almost every classic dish for every dietary need. If you ask nicely, you can probably even get a non-spicy version perfect for Utah folks and very small toddlers.

If you’re still a little unsure of what else the Indian restaurant scene has for you in these parts, look no further than the heart-warming advice of your beloved Uncle Guy. This Uncle Guy:

Guy Fieri’s Diners, Drive-Ins and Dives visited the Beehive State and profiled the West Valley City location of Curry Pizza, which, as the name suggests, puts CURRY on PIZZA. I know that Gene Weingarten can’t handle more than two ingredients at a time on his pizza; he told us so, bless his heart, but I promise you it really works here. For the heat-averse, the large butter chicken pizza is the place to start. A rich, slightly sweet sauce based on clarified butter takes the place of an Italian pizza sauce, and then tikka chicken, red onions, and cilantro top it off. To sneak a vegetable or two into your life, might I suggest the lean green curry, which is topped with broccoli, spinach, green olives, and jalapenos if you like them, and I like to order mine with paneer, the firm home-style cheese that fills the protein requirement for many a vegetarian Indian dish. You can’t go wrong at Curry Pizza, assuming that you’re not a giant man-baby who likes to taunt your readers with how refined you are for liking anchovies when you can’t even stomach a dat-gummed saag paneer.‌‌

Finally, you don’t even need to schlep back to D.C. for nice sit-down Indian fare. Utah County’s Bombay House and India Palace have been making foodies out of timid fresh-faced first dates for years. In Salt Lake, there are quite a few options, but a personal favorite is the long-time local establishment Star of India, which currently resides in the Ramada Inn at Redwood and North Temple. They’re still not back to full in-house service, but are open for take out and “take-in.” You can order ahead or once you arrive and they’ll package your dinner to go but let you eat it in their spacious dining room, keeping social distance from other patrons where you want it. One of Khanani’s recommendations for the Desi dinner beginner is especially good here: Shajahani biryani is a tasty, savory chicken-rice dish that comes in a generous portion accompanied by cooling cucumber yogurt condiment called raita. Order it mild for the tender ones in your party or heat it up for the brave. We also really enjoyed the vegetarian chile paneer, but any of the “curry” dishes they offer (remember: curry is not a spice!) are good choices. Indulge in some appetizers with deep-fried savory samosas or accompany your meal with one of the several tasty Indian flat breads. Naan is a favorite of Americans, but roti and onion kulcha are just as mouthwatering.‌‌

Don’t listen to dum-dums. Don’t even give them your extra clicks if you can help it. (I’m sorry to say I probably gave him six or seven, just verifying that THE AUDACITY was actually there.) But DO support your international food scene right here in Utah and learn to use a spice or two. You really won't regret it and you might even avoid embarrassing yourself in a high-profile national newspaper.

The Hunt for the Wasatch Treasure

Do we need to add Kim Kardashian to our legal team?