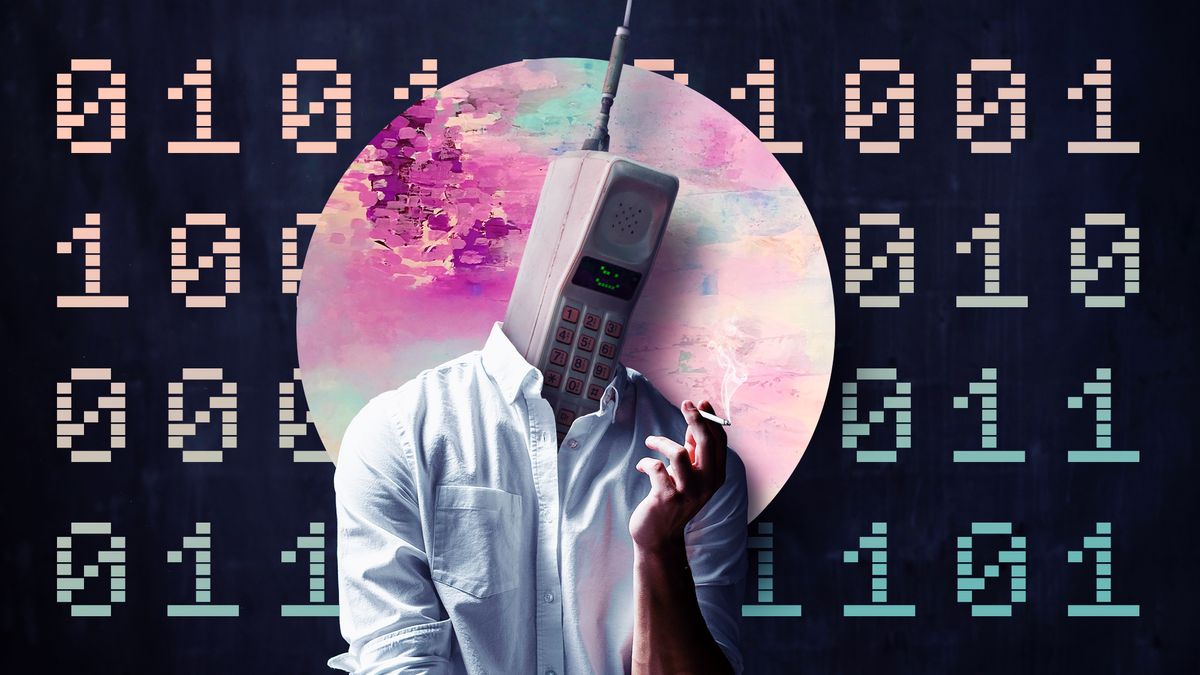 As of the date you are reading this, there are over 19,000 articles on major websites across the internet that start with the line, “Today we are more connected than ever, but people feel more disconnected than at any other time.”

I didn’t fact-check myself on that. I don’t get paid enough to do my own fact-checking. It could be a wild and bogus claim but you can’t challenge me on it because we don’t allow comments on this site.

We’ve all read them. Like a bot vomiting tech think pieces, they preach and finger wag the doomsday tales of smartphone addictions and social media inspired depression. They cite statistics that alarming numbers of people report feelings of isolation and jealousy after spending five minutes on Facebook. They repeat that story, now canon, about how Steve Jobs wouldn’t let his own children have an iPod or electricity or food or something. I don’t know. Whatever it was, it sounded like the family in my neighborhood growing up who tied a blanket around their tv and secured it with a padlock because the parents didn’t want their kids to learn swears.

The point is, lots of “blah blah blahs.”

And look. I get it. I probably agree with a lot of it. Yesterday I scrolled through Twitter for 27 hours. There weren’t even 27 hours yesterday. I checked. Do I think that was a good thing? No, I do not. During those 27 hours I twice saw the same article about a wrestling team all getting a rash and the cover photo was quite graphic. Do I blame technology for this instead of my own lack of self-discipline? Absolutely I do. Well, that and the gross wrestling team.

But also, these articles are lazy. And this is coming from a guy who just told you he doesn’t do any fact-checking on his own reporting.

The laundry list of complaints about technology and what it’s doing to us is endless, so much so that any media outlet knows they’ll get some easy clicks and a trillion shares just for stating the supposed obvious. Everyone can very simply get behind resenting our smartphones, the ones we can’t live without, because they represent phone calls from unknown numbers and photos of that woman who was terrible to you in high school and somehow seems to have married the dude you had a crush on and hoped with all your might was secretly gay and would one day run away with you and now they have gorgeous athlete children and they haven’t let themselves go at all, if anything they got hotter, WHICH IS INFURIATING because don’t people like that know they’re supposed to let themselves go so people like me can win in the end?

The point is, it’s easy to hate technology; it’s harder to write a love letter to the sheer magic we take for granted every day.

But I would be remiss if I didn’t at least try. So here it goes.

It is impossible to adequately explain using letters and sounds imagined by man how much I loathe going to Costco. The wildly crowded parking lot. Navigating the aisles packed with shopping carts the size of SUVs. Getting ambushed by the horror of my own mortality as I pick out a bucket of laundry detergent and realize it’s possible this purchase will last me the rest of my life.

When I first started dating my now husband we tried to go to Costco together to buy cheese in bulk for a party and it nearly ruined our relationship. It all happened when I insisted we not get a cart because “that would just slow us down” but then we ended up deciding we needed more cheese than we could carry so he offered to go all the way back to the front of the store for one despite my protests that this was going to unacceptably prolong the misery of being inside a Costco. As he was walking away I yelled several things that do not make me sound like the hero of this story so I’m obviously not going to repeat them, followed by “Let’s just go! Cheese isn’t worth all this!” which, yes, Costco is so terrible that it made me say that blaspheme in public.

We’re not allowed to go to Costco together anymore. We had to make a rule about this.

Costco ruins lives, and I was pretty sure one day it would ruin mine.

Then last year I found out there are phone apps where I can have people go to Costco for me. That very day I canceled my membership and now an angry woman or man I’ve never seen before and will never see again chucks a box of almonds and Diet Coke through my front door every four months.

Phone apps are a blessing from God herself.

Nearly every time I see her, my grandma finds a reason to say, “Yes, the pioneers had their challenges. But if they could see all of the trials we have today because of the internet, they wouldn’t trade us.”

It is very hard for me to take that argument seriously when Uber Eats delivers a burrito to me in my underwear as I inform Netflix that, yes, I am in fact still watching Fuller House.

I haven’t experienced discomfort since 2012.

But more than solving all of life’s most terrible trials, technology has also made me a better person. Yes, a truly better person.

Last week I was in a deposition with an attorney with whom I’ve had something of a difficult relationship over the last year or two. I’m a lawyer. It’s easy for us sometimes to dehumanize one another. It’s what we’re good at. There’s a reason you all know half a dozen lawyer jokes with violent punchlines. THESE ARE ALSO LAZY.

During a break this woman made a comment about her six-year-old son. We talked for a minute and eventually she pulled out her phone and showed me a video of this child dancing to a Lizzo song. He was in fact so cute that I immediately started to like this woman. Had she not had the ability to present such a thing to me, I would have never found out she was a human being.

I’ve heard people complain that our devices are distracting us from being good parents, but I would argue that lawyer’s iPhone made her a better mother at least that day. I’ve experienced the same in my own life; technology has definitely made me a better father.

When I rescued my baby boy Mr. Duncan Doodle the Cavoodle (YES, RESCUED. WORSHIP ME.) I found out my law firm did not offer pup-ternity care even though that word is incredibly cute. Duncan was very young and he had this habit of peeing all the time on everything and then looking at me like I was a terrorist if I even thought about leaving the house without him.

He used to do this thing where he would just despondently stare down at the ground when I went to walk out the door.

Look at that face! Those eyes! That little tongue! My ovaries just did a backflip! And I probably don’t even have ovaries!

I did not possess even the smallest inkling of an ability to disappoint this seven-pound creature of God in any way and so I did not leave my home for basically three months. I learned many lessons during this period. For example, when you don’t interact with other people, you don’t ever have to change your clothes. Also, what is time?

The point is, thanks to technology, I could set up my laptop and pull out my phone and perform nearly every responsible adult function right from my kitchen table, which also allowed me to periodically give Mr. Doodle so many tickles and kisses. And that was unmeasurably important to me.

When I was a child this sort of option wasn’t available to my parents. They just had to go to work and forget to feed or love me. I didn’t even see my mother from the years 1992 to 1997.

Yes, Instagram gives me plenty of cause for miserable envy, but you know what else it does? It allows me to find out if and when people I went to high school with got divorced or became gay or both. Would I trade that unparalleled investigative tool for peace and happiness? No I would not.

Would I give up the ability to watch this music video whenever I want?

Would I rather not have the time my mother texted my entire family in 2013 to be careful on the roads because she heard it was “snowing on the bitches” and then had to send several follow up texts to apologize for the autocorrect that had changed the word “benches” but autocorrect kept doing the same thing so most of the texts said “I’m sorry kids! I mean bitches!”

Would I forfeit the government spy devices I’ve intentionally placed all over my house even though my husband uses them to wake me up every morning by asking Alexa to blast Dolly Parton’s “Nine to Five” on repeat?

Would I really just hand over all of that? For what? Living a life without a crippling addiction to a mostly-underwhelming access to limitless possibilities?