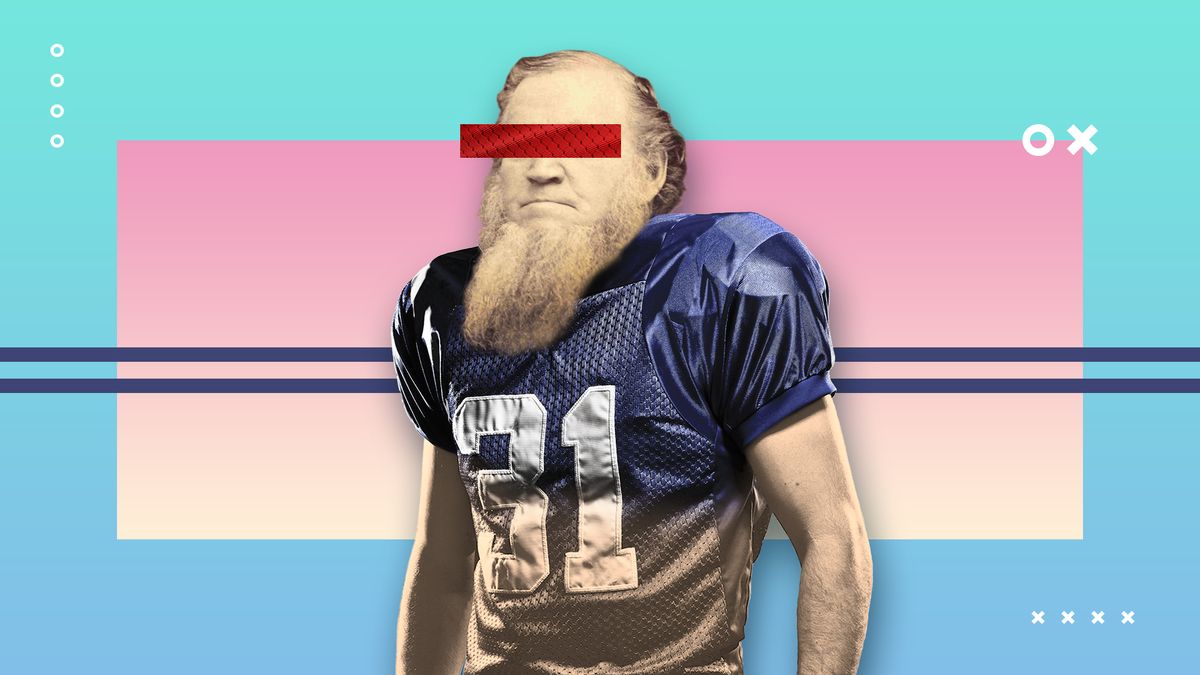 For two months per year, we descend into darkness.

This year it began in June, when Lebron’s championship hopes were microwaved by JR Smith’s brain and Alex Ovechkin swam the public fountains of America in a drunken, Stanley Cup-induced haze. Without basketball and hockey, the darkness grew. Phil Mickelson slap-dicked a moving golf ball and buttoned-up purists convulsed on live television, emanating a wounded self-righteousness only Golf Men can convey. Neymar spent the World Cup recreating Jack and Jill rolling down the hill, and even soccer fans smiled sheepishly and averted their gaze. July forced us to the mind-numbing depths of regular season MLB: managers complaining of ungentlemanly bunts, pitchers contemplating yet another pick-off, overweight batters pulling hamstrings on casual trots to first base.

It’s August and light is beginning to appear. Football lurks — a violent yet benevolent god, prepared to wet our thirsty lips and carry us to the crisp excitement of autumn. The preseason giddiness has intensified: late nights in the darkest corners of the internet, sniffing for tiny crumbs of gambling insight; early mornings watching ESPN Classic, puzzled by the midriff-exposing choices of the early 90s; lonesome afternoons at a work desk, dreaming of Kirk Herbstreit’s zombie fear. On September 1, Saturdays will turn to gold.

The light is spreading in Provo. Last year was an unmitigated disaster: 4-9 with losses to Umass and East Carolina, a shutout against LSU where the Cougars failed to cross midfield. Cosmo’s dancing did little to appease angry fans and Kalani Sitake’s grace period vanished faster than Cougar Tails in the hands of lusty co-eds. 2018 offers a chance at salvation. The road schedule is dynamite (Arizona, Wisconsin, Washington, Boise State, Umass, Utah), the home schedule bland (Cal, McNeese State, Utah State, Hawaii, Northern Illinois, New Mexico State). My advice to season ticket holders: attend the Cal and Utah State affairs, punt the other tickets directly into the sun. I refuse to make any jokes about the age of BYU players…(looks at depth chart, sees Tanner Mangum vying for QB1, starts sweating profusely and itching face)...nor will I address the rumor that BYU fired offensive coordinator Ty Detmer and melted his Heisman Trophy into a bronze replica of Brigham Young’s beard.

The light is spreading in Salt Lake City. Rivalry week returns in full: BYU at Utah on Thanksgiving weekend, just as god intended. The Holy War is perfection. BYU fans complain about Ute fans spilling beer on them, Ute fans complain about Rice Eccles Stadium banning alcohol, forcing them to pour lemonade on BYU fans. If people smuggle beers into the stadium just to pour on BYU fans, that’s both amazing and an Honor Code violation for all parties. If BYU fans are getting drenched in non-alcoholic lemonade and confusing it with beer, that’s also amazing and only an Honor Code violation if the lemonade is heated beyond 100 degrees fahrenheit. Kyle Whittingham and returning QB Tyler Huntley lead a team that refuses to play in blowouts — 19 of their last 30 games decided by one possession, per Bill Connelly. 2018 should be more of the same. Only Weber State is a guaranteed win and the possibility of a nail-biter exists at every turn; home games with Washington, USC, Arizona, and Oregon; road games with Washington State, Stanford, UCLA, and Arizona State.

The light is spreading in Logan. Matt Wells is treading water at Utah State (34-32 record entering season six) and I mean that as a compliment. Tread water for too long, however, and the arctic north Utah winter will bring pneumonia, inversion, and certain death. The Aggies misfortune in one-possession games (eight straight losses, per Bill Connelly) will change at some point. A manageable schedule is bookended by two heavyweights — opener at Michigan State, finale at Boise State — everything between is winnable. Utah State plays BYU on October 5 for an actual wagon wheel and our pioneer ancestors must be so proud. They hallucinated in barren deserts, ate each other’s flesh in snowy mountain passes, got married to an additional person every other month, all so their vehicles of transportation could be stripped down and used as a trophy in a game between late-stage teens. Can the Aggies add to a list of bowl games (Raisin Bowl, Grape Bowl, Potato Bowl) that reads like a famished pioneer’s wet dream?

The light is spreading across the United States. Scott Frost has appeared from behind a burning bush, manna from heaven to nourish Nebraska fans after 20 years of starvation. Nick Saban lost himself on a boat and it may be the only loss Alabama football takes this year. Kirby Smart is Nick Saban minus the lost boat, mining the deep south for talent while Uga slobbers and nods with approval. Jim Harbaugh has questioned the nerves of chickens and found happiness in the hitch of his own khakis. Clemson returns a defensive line that reduces opponents to a quivering embodiment of Eminem lyrics: knees weak, arms heavy, vomit on their sweater already. Mike Leach is spreading falsehoods on Twitter and arguing with eggs about the perception of fact and fiction. Chip Kelly returns to the conference that birthed him and nobody knows what the hell to expect.

In September, the darkness recedes for four glorious months — unfiltered football, to be swallowed in giant Saturday afternoon gulps. The coaches poll was released last week and blood rushed to regions of my body I can’t even begin to describe. The time has come to gamble away our money and lose our minds over the athletic feats of complete strangers.