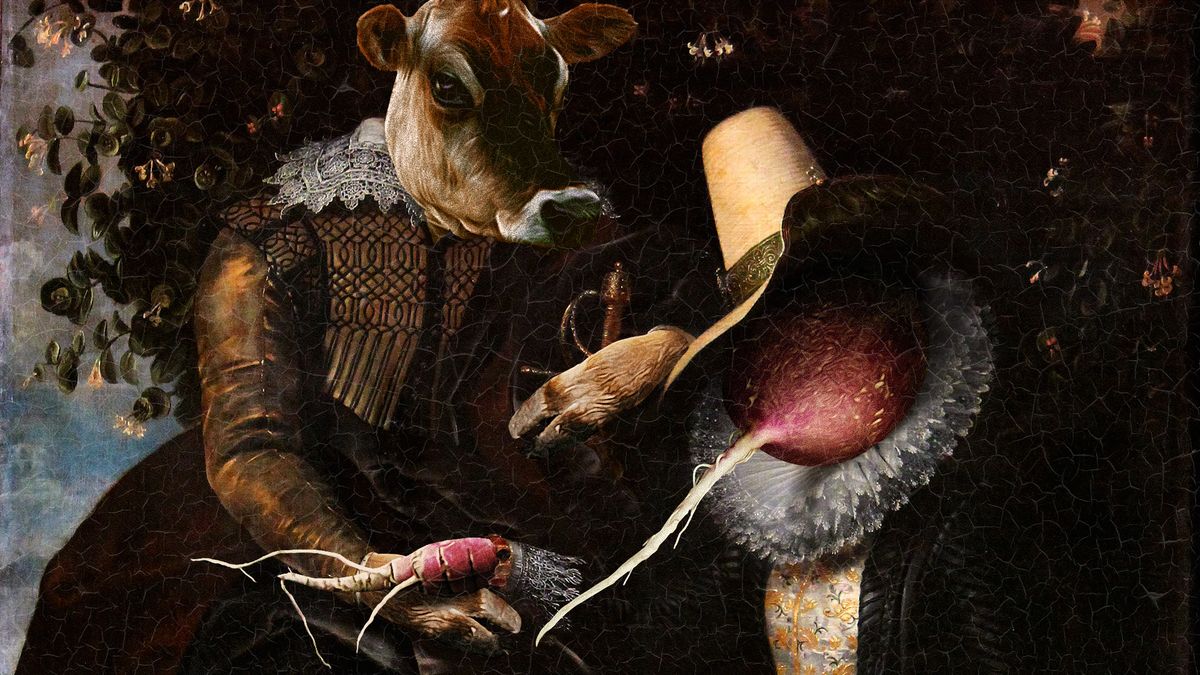 I did not intend for this piece to be about anything so woke as gender roles.

No, I started with a simple, non-political theory: Cubby’s just might be the new Cafe Rio — i.e. a restaurant Utahns are obsessed with and frequent with devotion despite the fact that underneath all the hype, the food itself might actually only taste okay.

I am aware that suggesting Cubby’s is “just okay” to the average Utahn is nigh unto blasphemy. Cubby’s is a beloved staple in the Beehive State, an establishment where, when I did not live in Utah, I ate at virtually every time I visited. It wasn’t that I was just dying to go (the way I was actually going to die unless I ate a pork salad), but rather in that weird group text moment when you’re trying to figure out where to eat and no one wants to be the one to decide and then someone suggests Cubby’s, it gets chosen every time.

Cubby's homepage tells the story of the couple who created it: Cubby liked meat, Amanda liked salads. Put ‘em together and CUBBY’S! The tagline they’ve come up with to describe their philosophy is “complementary opposites,” which I am fairly certain is the same phrase my 7th grade health teacher used to teach us about male and female anatomy.

I am not saying it’s a bad idea to create a restaurant that offers food for both sexes! It’s just that in general I eschew the notion of gender roles.

I know it’s annoying that I am annoyed by Cubby’s gender-role-ification of foods, but like why couldn’t a man enjoy a salad with citrus and beets? It is the year 2019!

In an attempt to determine whether I myself liked the food at Cubby’s, I started scanning the menu and realized I couldn’t say for sure because I had only ever eaten foods from the “girl side." I was forced to acknowledge that the one time my husband Scott and I went there for breakfast and both ordered egg burritos, he got the regular one and I got the egg white version.

My personal truth as a forward-thinking feminist was called into question as I wondered: am I enforcing female stereotypes by ordering the Wild Rice and Kale?!

Before you write me off, please take a moment to look at how easy it is to break Cubby’s menu up into its lady and man parts.

Primary ingredient requires being hunted. Named something aggressive like, “THE DRAGONSLAYER” or “BAD BOY BBQ BEEF.” Nary a vitamin to be found in its brown/beige palette. Eaten with hands; contains sauces that are easily caught in a beard. If eaten consistently, will result in a layer of belly pudge sufficient to provide warmth through Utah’s harsh, high desert winters.

More ingredients in general than the man foods, most of which can be gathered or hand-picked. Greens and quinoa abound, as does fruit and soft cheese; there is beauty in these foods. Eating requires utensils. Substantial enough to satisfy while also light enough to keep our waistlines trim so we can continue to attract a male to keep us warm during Utah's harsh high desert winters.

Given my lopsided participation with Cubby’s menu, I decided the only fair way to judge whether their food is objectively good was to taste more items from the “boy side.” I came up with a tasting experiment: my husband and I would go to Cubby’s, each order what sounded the most delicious to us, then swap meals.

Our first problem was that we went to Cubby’s right after the gym. Our metabolisms were active, our hunger ripe, which meant that the last thing he wanted to eat was a salad and the last thing I wanted was a meat dog. But alas, I ordered him the Mixed Berry Chicken salad and he ordered me the Nashville Hot Chicken sandwich.

(A brief pause to clarify that Scott is not one of those “give me chilli cheese hot wings or give me death” kinds of guys; he has ordered salads of his own volition before. Neither am I so delicate as to not regularly crave a burger. But we are still male and female and apparently this matters more than I thought.)

I was surprised at how genuinely sad Scott was at the prospect of eating my order. He was fidgety as we sat waiting, disappointment all over his face. “It’s just weird to not be looking forward to your meal,” he tried to explain, “like at all.”

When the food came, he did admit with mild surprise that his salad tasted good. I had to admit with confusion that my sandwich tasted sort of meh. It’s just, has Cubby been to Chick-Fil-A? Does he understand the bar that has been set? The Nashville Hot Chicken had little flavor and was quite greasy and negated my workout in one bite.

Both of us finished our meals dissatisfied, his from the fear that he would not be full for long, mine that I had overeaten. We lived up to our gender roles very well in this regard.

After more questioning I discovered what his dissatisfaction really came down to was the presence of fruit in his salad. “I just don’t think of fruit as lunch,” he said, looking longingly at the Mr. Beef Dog being devoured at the table next to us. I asked whether he would have preferred the Mediterranean Veggie Salad (no meat) or the Mixed Berry Chicken (meat, but also fruit). He put a lot of thought into his answer: “The Mixed Berry Chicken, but only for survival.”

I couldn’t fault him. As I felt the Nashville Hot Chicken seeping into my arteries and warming my body temperature, I knew I would be more prepared than he should we have to survive a winter on the plains where the game hunting was scarce.

This experiment was enlightening but of course not conclusive, as Scott and I are not the only man and woman on the earth.

In order to broaden my research, I created an Instagram poll to determine whether my massive following (almost a full 1k) were Cubby’s fans.

In answer to the poll: Does Cubby’s taste good? the people voted 84% Yes vs. 16% No. I will add that most of the “No’s” felt compelled to send me an additional message expressing confusion that Cubby’s was as beloved as it is. (There are dozens of us! Dozens!)

The most-loved Cubby’s foods were:

The top food items by gender will not surprise you:

And the food items with most overlap between men and women were:

This order seems to epitomize “complementary opposites,” does it not? Whether male or female, the Steak Salad offers both protein and vegetables. It is half hunted, half gathered, slightly colorful but still contains enough brown to provide sufficient sustenance should a skirmish with a neighboring clan befall us. Likewise, the sweet potato fries are greasy but still a vegetable; carbs but also all those antioxidants!

As I have been eating at Cubby’s almost weekly now (the Dragonslayer is in fact tasty and the Tri Tip Sandwich with mustard BBQ 100% lives up to the hype) I have made some observations:

But! It is not unheard of for one male or female among their party to switch to the other side of the menu, which became the beginnings of a new theory about Cubby’s, which I resisted at first.

See, my wokeness was provoked by Cubby’s man beef and lady kale, and I confess to wanting to call them out for their unnecessary gender-ification of food. I wanted to dig into problematic issues like, why couldn’t the restaurant have perhaps been called “Amanda’s?” But as a marketer I know full well that “Amanda’s” would not have had the same sticking power.

And so I find myself wondering whether I maybe just need to get over it? Does my definition of gender equality really mean a world full of sports bars jam-packed with women?

My new theory about Cubby’s is that by serving man and lady foods under one roof, it actually provides liberation from the shackles society has imposed on our taste buds for so long. No longer must men and women segregate ourselves between Five Guys or Aubergine. Picking  Cubby’s allows a man the option to order a salad -- he can even  get a salad with steak in it, leaving his manhood intact! If a woman orders greens, she can supplement them with what she really wants -- a gut-bombing basket of bleu cheese fries -- and leave with the self-satisfaction that technically she did order a salad.

Maybe their food has gone a bit downhill since expanding and streamlining its menu. Certainly it’s not the best food I’ve ever eaten. But perhaps Cubby’s is the restaurant 2019 needs. Where, in a world where deciding where to go for dinner can take more time and energy than our ancestors spent plucking chickens, Cubby’s offers a crowd-pleasing option where we can break bread together as men and women; where ladies can eat beef and men can warm up to kale; where we can create a broader meaning of the term "complementary opposites."