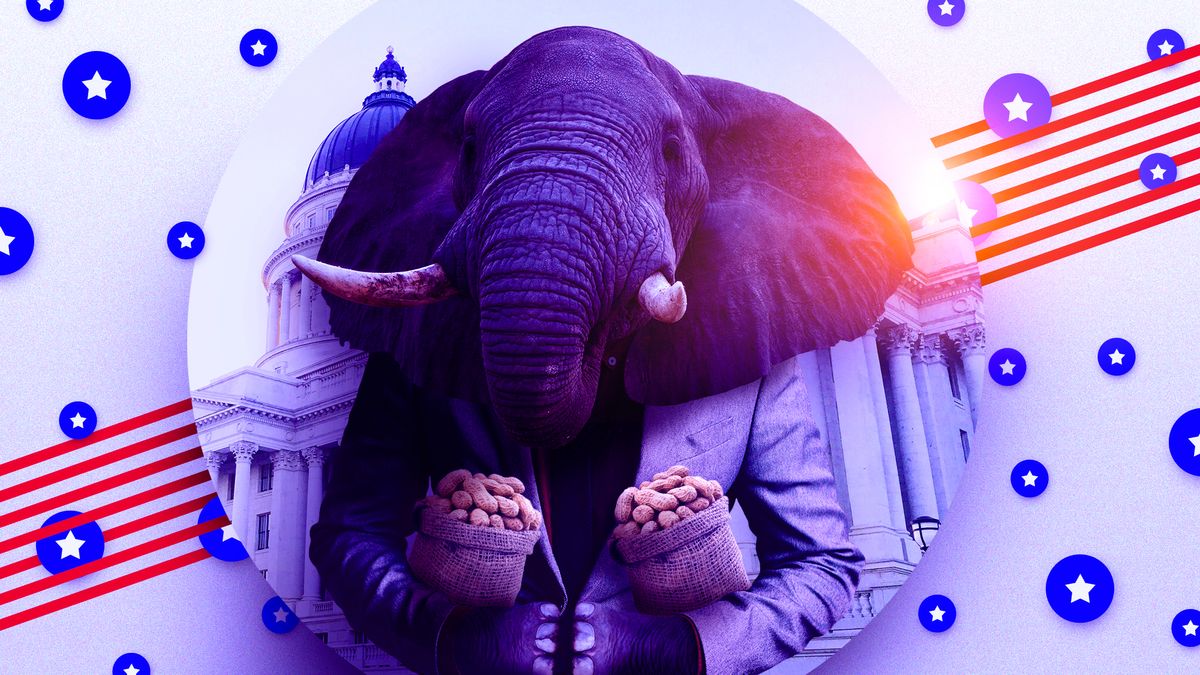 Meg Walter went on Inside Edition to share her thoughts on the LDS Millionaire and it was...something. Part of the interview aired during a segment called “How This Man Created His Own Version Of ‘The Bachelor’” and it was also...something.

Joe Demma is a naughty boy who once ran Governor Herbert’s campaign. Post-campaign, Demma created a PAC called “Americans for an Informed Electorate,” raised $4.8 million dollars, and spent that money on...employee salaries and non-scientific polls? As a collection of non-scientists, we are extremely qualified to speak on the cost of non-scientific polls: they cost nothing. You ask a businessman in Lehi how they feel about the length of Gov. Herbert’s tie and that’s a poll. You call a grandma in Levan and listen to her complain about her neighbor’s cat and that’s a poll. Anything is a poll. They are all non-scientific and cost nothing. Lt. Gov. Cox requested a law enforcement investigation 18 months ago, saying, “It's not a great look and it does trouble me.” Gov. Herbert punted his former campaign manager into the sun, releasing a statement saying, “The governor is tremendously disappointed to learn of the unethical conduct carried out by this organization, and emphasizes the importance of ethical behavior in all campaign-related matters.” Both of these statements qualify as non-scientific polls and inform the American electorate. See how easy it is?

A 10-year lawsuit about garbage has no end in sight for Orem business (Ashley Stilson, Daily Herald)

Once upon a time, someone buried 20,000 dump truck loads of trash beneath a lot in Orem. No one knows who. Orem City used the property for many years before selling it to Northgate Village Development, who got stuck with the $3 million dollar cleanup bill. Both sides argue the other is responsible. Our judicial system has been hemming and hawing for 10 years because that’s how the law works: everyone is forced to write legal briefs for eternity, those papers eventually (or immediately) become useless and are buried in empty city plots, and those trash piles are then discovered and used to jumpstart more legal battles. Classic law. Northgate attorney Katie Steffey said, “The wheels of justice grind slowly.” Orem attorney Greg Stephens said, “I can tell you there is a huge discrepancy between what they feel the facts are and what we feel the facts are.” We expect to have a verdict within the next decade.

Sparky Sparks is a Provo resident who collects porcelain signs on posts and is battling another man in Lubbock, TX, for the largest collection of porcelain signs on posts in the world. Read that sentence again. Sparky is currently winning in a runaway (217 signs versus a mere 130 for our poor Lubbock friend) and gets super excited talking about each sign’s origin: “The history of the gas-oil business is very, very interesting!” He has applied to Guinness World Records and hopes for recognition soon. Sparky also collects military artifacts and he’s hoping to add a tank to his collection. Yes, a tank. How does one even go about doing that?

An intense discussion on a film once loved and now hated, Titanic.