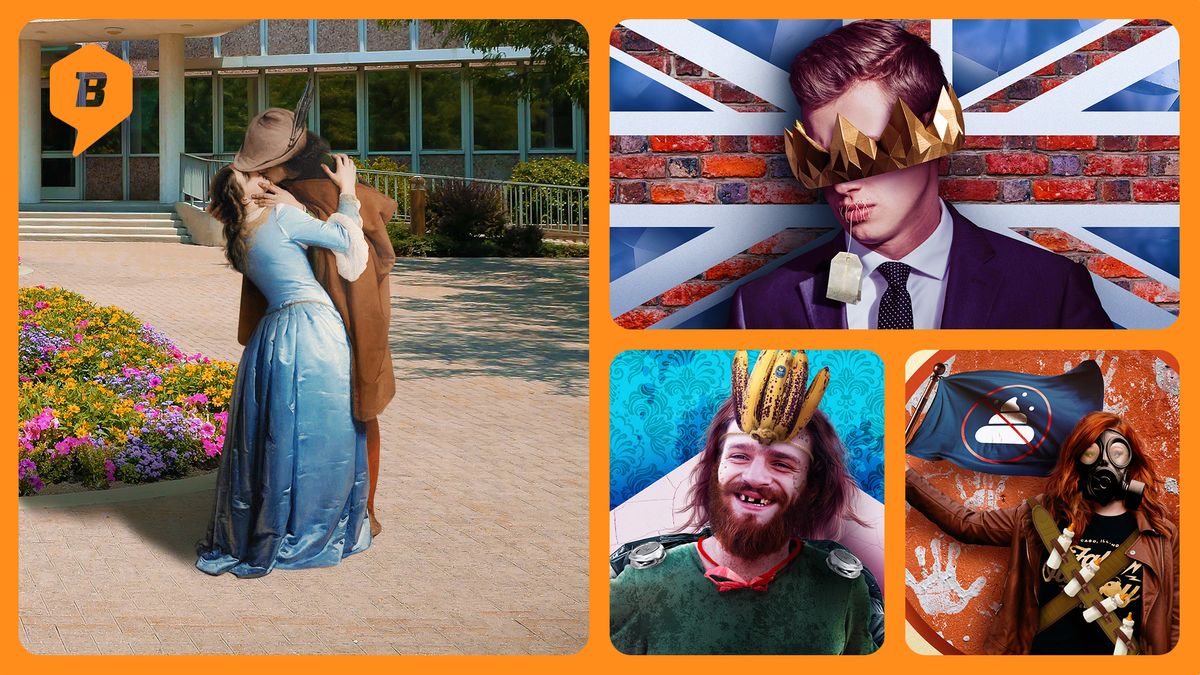 Strangerville Live is a storytelling show produced through The Beehive. Each show features four workshopped stories. The stories are recorded in a fun live setting and made available through the Strangerville Podcast. Strangerville Live shows tend to feature humor stories appropriate for ages 12 and up. This show will feature stories from Clint Betts, Rebbie Brassfield, Shelby Hintze, and Arianna Rees.

“We’re introduced to suave Dev, who just moved to Utah and, as far as I can tell, is the only non-Latter-day Saint on this show. I am very, very concerned this show may be one of Dev’s first dating experiences in Utah. Dev, we’re not all like this. I am so sorry. Someone please protect Dev.”

“There’s only one thing worse than being sung to by a group of TGIFriday’s waiters on your birthday, and it’s being serenaded one-on-one by an earnest young man with an instrument. Where do you look? Do you dance? Do you sing along? Do you pretend to like it? There’s no natural reaction and it’s one of the worst things that can happen to a human.”

A house in SLC is stockpiled with trash and everybody's favorite Get is on the case: Get Gephardt. Chris and Meg rename themselves as Gary and Gail. Despite the efforts of Get, Gary, and Gail, nobody can make these hoarders clean their own trash and taxpayers keep footing the bill. Gary tells a story about alien abduction and house foreclosure. Gail is sick and blows her nose on air. They determine the trash house mystery to be unsolvable and move on to counterfeit money. Why is it so easy to make and why aren't we doing it? Gail thinks a 3-foot photocopier is the same height as Gary and they both commit to printing their own money moving forward.

Both members of the Hive Mind team were supposed to see Downton Abbey over the weekend but one member got sick so the other member describes the movie, a movie where nothing happens, to the infirm member. They also talk The Good Place, Madame Secretary, Death Becomes Her, and Succession.

This time in Strangerville, Eli got married. And a woman and her 7-year-old niece recount a babysitting nightmare.