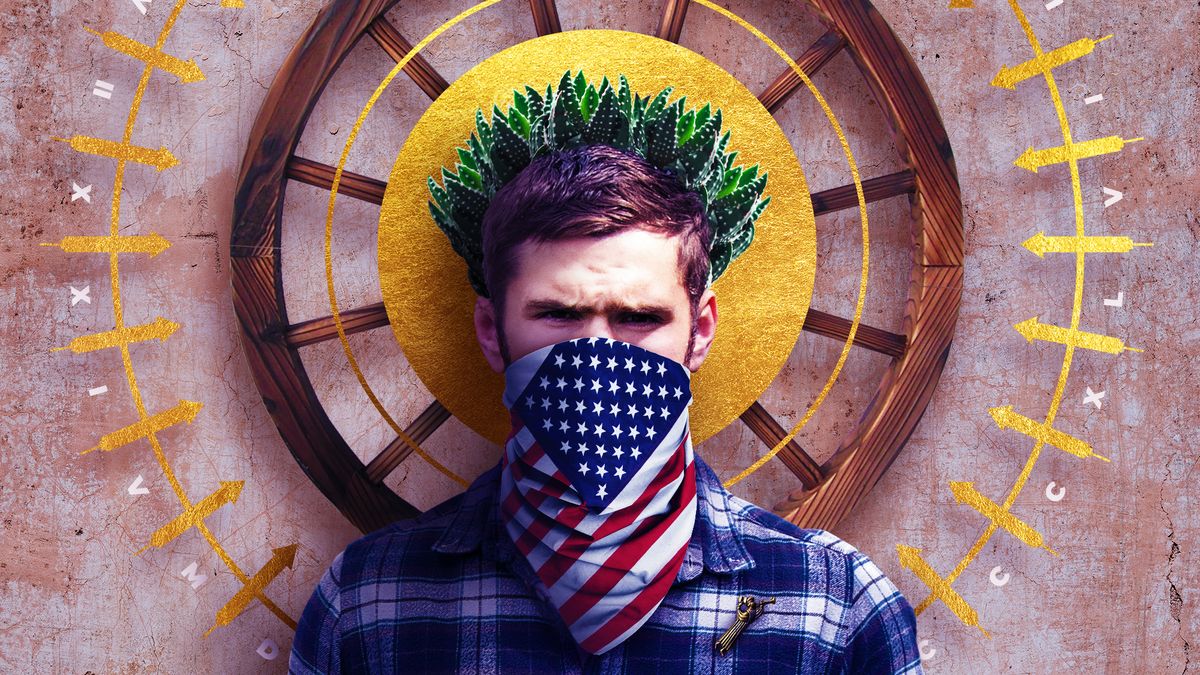 That’s all the email said. It came from someone in California. It was 2017. The emailer and I knew one another through work and had developed enough of a friendly relationship that he could send me an email like that.

The “what the hell” was referring to my out-of-office notification, which I had set to automatically go to anyone who emailed me on July 24. The notification said “I will not be checking email today in respectful observance of Pioneer Day.”

My California colleague was right to question me. It sounded like a joke.

But Pioneer Day, and my devotion to it, is no joke.

Pioneer Day was first celebrated in some form in 1849 to commemorate the second anniversary of the Mormon pioneers entering the Salt Lake Valley. We had to celebrate our origin story because our origin story is really incredible.

Modern-day Moses walked across the United States looking for a desert to settle, people died, and then when the mountains parted in Emigration Canyon and the view of our great valley emerged, Brigham Young reportedly looked over the new kingdom and proclaimed five words we’ve now spent 172 years trying to prove: “This is the right place.”

Over the next 50 years the holiday was inconsistently observed in varying forms. One year a raggedy and smelly brass band marched down Salt Lake City’s Main Street waking the polygamists with the call of battle hymns. Another year, smelly people dressed in black celebrated Pioneer Day funeral style out of respect for the pioneers who perished along the way. Another year smelly people celebrated in secret as they hid from federal troops patrolling the area. The point is, it was the 1800s and everyone was smelly.

By the early part of the 20th century Pioneer Day became a recognized state holiday—essentially Utah’s birthday party, perhaps similar to your own, but with doilies and covered wagons instead of cake and the crippling fear you already peaked and you’ll never live up to your potential.

As was the case in the 19th century, Utah has continued to be a little inconsistent and sometimes nonsensical in its means and methods of Pioneer Day celebration. As a child growing up in the Salt Lake Valley, it never occurred to me that Pioneer Day was a holiday specific to Utah because my family celebrated it identically to Independence Day. I just thought we loved America so much we did the Fourth of July twice.

We went to parades and lit fireworks and inexplicably waved American flags despite the fact the pioneers fled to Utah to escape the United States government. Really, in my family the only difference between Independence Day and Pioneer Day was that Pioneer Day was better. When you know you’ve got another shot at July festivities coming up in just three weeks, it’s easy to get lazy about your July 4th patriotism. “Why don’t we just do that on Pioneer Day?” was a common phrase around my house whenever someone suggested we go out and do anything on Independence Day. “It’s just so hot. Maybe it will be cooler on the 24th.”

Utah officially became a state in 1896, so I was in the sixth grade when our state turned 100. All the children from north to south were required to learn a new song written that year, one which was later officially declared the State Song: “Utah! This is the Place!”

“Utah! This is the Place!” was performed in early summer jubilee assemblies in every Utah city in 1996. It included uniform hand actions, such as a double fist pump when the word “Utah!” was sung. Sure, the lyrics and the requirement that public schools teach them probably could have faced a successful First Amendment challenge in a court of law, but I just don’t think the Founding Fathers contemplated such a masterpiece could be written when they penned The Establishment Clause.

I mean, check out these opening lines:

Utah! What a great place to be.

Blessed from Heaven above.

It’s the land that we love.

Side note, the bad kids at my school changed the second line of the above verse to “Utah! It’s a hell of a place!”

Yes—the bad kids at my school were still enthusiastic about Pioneer Day, but they swore when they showed it.

My boyfriend moved to Salt Lake City a few years ago and when I felt he was ready for it, I sat him down and told him about Pioneer Day, concluding with an enthusiastic full performance of “Utah! This is the Place!” of which there are seven verses. I was incredible. I remembered every hand action. I gave myself chills.

By the time I was finishing the last “This is the plaaaaace” with accompanying jazz hands, his mouth was gaping open and he had a look in his eyes that one has after learning someone they love has joined a cult.

I would later regret teaching him the song, which he now sings in the house on a nearly weekly basis despite my many requests he stop, to which he responds “You know, I don’t even know when I’m doing it anymore.”

I can’t blame him. The bitch is catchy.

If you can believe it, “Utah! This is the Place!” isn’t even the most Utah thing about the holiday. Pioneer Day takes physical form in Salt Lake City’s Days of ’47 Parade, and let me tell you, this parade is no joke. Salt Lake City shuts the hell down for this parade.

I used to live in an apartment complex along the parade route. The complex was named after Brigham Young because he was literally buried out back with a handful of his wives next to the parking lot and dumpsters. I used to pass the grave with a firm salute every morning on my way to work. That’s not really relevant to this article, but I just needed you to know it.

Anyway, when I lived in that complex I thought I was going to have prime parade-viewing opportunities because all I had to do was walk outside. Boy did I underestimate my state’s enthusiasm.

People started staking out spots along the street FIVE. DAYS. before Pioneer Day. It was madness.

And I can’t say I blame them. There never was a more fantastic parade. They should stop televising the Macy’s Thanksgiving Day Parade and just show a rerun of Utah’s Pioneer Days of ‘47 parade.

One year I even saw this:

Which is pretty much what you should expect when you put 19-year-old boys in charge of making a float.

Which brings me to my next point! You can’t separate Pioneer Day from religion, but that doesn’t mean you have to be religious to love it. Plenty of people over the years have adopted “Pie and Beer Day” traditions, downing pizza and locally-brewed alcoholic beverages while the massive firework show lights the sky above Liberty Park. Some take the day to go hiking, or nap, or shoot off more neighborhood fireworks because, I mean, are uncontrollable brush fires and death really that big of a deal?

I submit to you there’s really only one wrong way to celebrate Pioneer Day, and that’s being unhappy.

No one should be unhappy on this, our greatest holiday.

I think Pioneer Day is wonderful because it’s this quirky thing we have all to ourselves in this quirky state. It’s a celebration of whatever you love about Utah.

It’s a celebration of the fire dancers at Liberty Park on Sunday afternoons and the Olympic signs still so ubiquitous that you would think 2002 was only a few days ago.

It’s a celebration of the lip-synced Manti Pageant on a grassy hill in front of a massive castle-like temple, the fact we all can name at least ten movies filmed in Utah—and we take pride in this, and, yes, even Brigham Young’s grave out behind an apartment complex.

So let’s celebrate. Let’s celebrate the hell out of Pioneer Day. Let’s do it together. Let’s pull covered wagons in the parade, or run the marathon that finishes along the parade route, or stand on the side with a cold beer cheering on floats of missionaries innocently humping the Earth. In a time with so much division, let’s be united in this one thing. Let’s be united in love, in the broadest sense, on this single day where you just get to be super happy you live in a super state.

Because no matter who you are or how you ended up in Utah, you have to admit it’s a pretty spectacularly odd and wonderful place. It’s a place that has given you an official day on the calendar to celebrate it.