Please tell us the weirdest thing about your town. 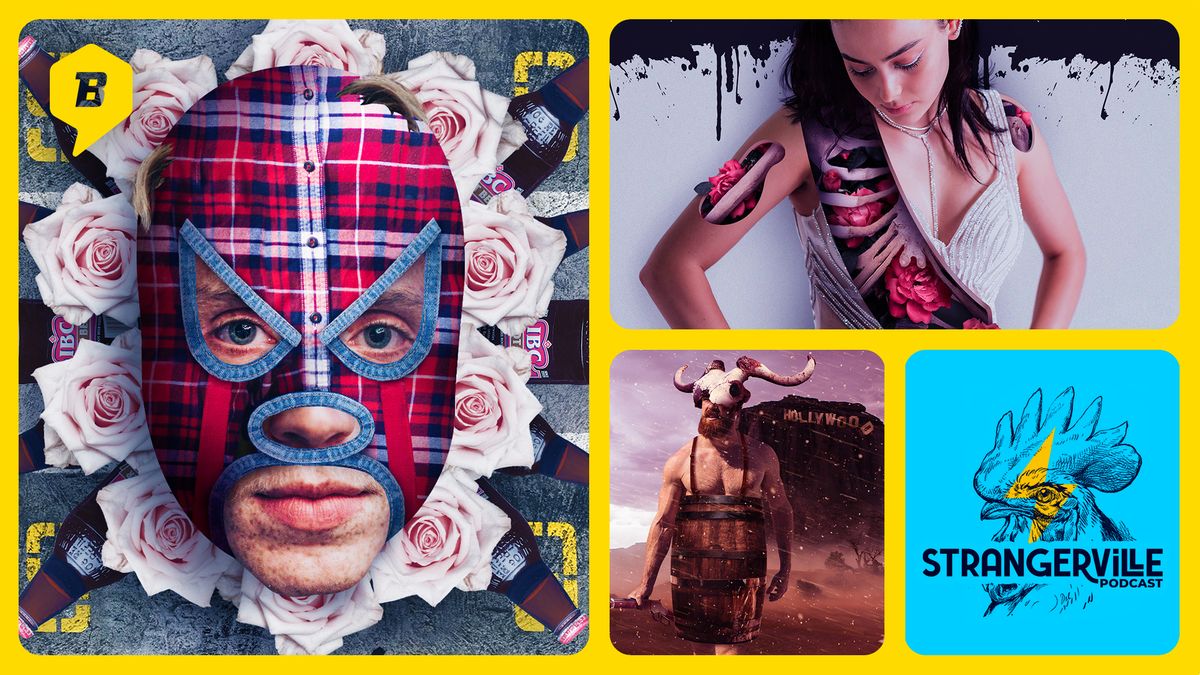 What Is The Weirdest Thing About Your Town? (Chris Rawle, The Beehive)

This piece is about driving up and down Main Street in search of fornication and a fight. It’s about depravity found in Shopko parking lots, Pamela Anderson possibly eating a hamburger at an old Utah diner, and trucks blowing exhaust on one another. It’s a celebration of small town weirdness and a call to action: please tell us the weirdest thing about your town.

This Is The Place Podcast: Kindergarten Drag (Chris Rawle, Meg Walter, The Beehive

Utah has turned into an Alfred Hitchcock film. BIRDS ARE EVERYWHERE. They’re taking Ubers. They’re dive-bombing unsuspecting hikers. They’re burglarizing homes and berating golfers on the course. We’re close to a world where birds rule as supreme beings and we have to chew up worms to spit in their mouths. This sucks. You grow up believing humans are the smartest creatures and then realize birds have literally been dumping on us since prehistoric times. I got into an Uber the other day and it was covered in bird doo-doo. The inside, not the outside. I didn’t even blink because this is the new reality: it’s a bird world and we’re just living in it.

Once Upon a Time In Hollywood is a good and fun movie. It’s well-written, well-directed, and most of all well-acted, with stand out performances by Brad Pitt, Leo, and Margot Robbie. But one could also argue it’s a problematic movie from a problematic director. In this episode, Hive Mind dives into whether or not it’s possible to separate art from the artist in 2019, and if racism and sexism need to be included in a film about a racist and sexist era.

Strangerville is a storytelling podcast hosted by Eli McCann and Meg Walter, featuring stories from Strangers across the world, some told live on stage, some recorded in the studio, and many in the storytellers' probably-not-dangerous homes.

In this week's episode, Meg and Eli talk about how the pioneers definitely had it worse than the rat-faced children of today. And Meg takes the stage at a recent Strangerville Live show to tell a story about a series of gym mishaps.