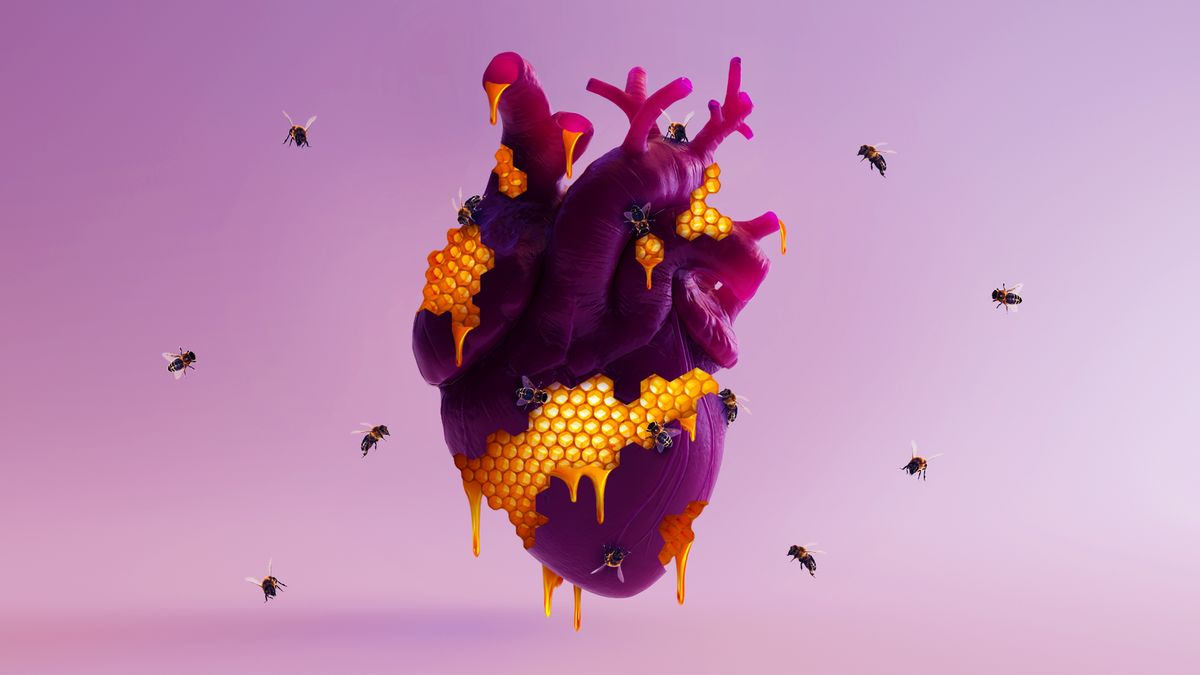 Alas, we’ve reached the finale of Provo’s Most Eligible. What started with us cringing through the first episode and frantically texting each other in horror, to sitting on stage with the stars of the show for an intimate Q&A. (You can hear the audio from that immortal night here). What a journey it has been! But let's not get ahead of ourselves. We've got a finale to recap.

With only two girls remaining, Week 5 is decision time. Who does Colin want to spend the rest of the semester with, Elena or Analee? Their names are almost anagrams. What does that mean? It must mean something. Or have I spent so much time watching and writing about this show that I’ve entered a state of paranoid delusion?

Rebbie: Truly I think we’ve spent more time writing these recaps than any of the contestants have spent with each other, which is making me question my life choices.

Anyway, to start the choosing process, Colin meets all of Analee’s Helaman Halls friends. Because, if you wanna be her lover you gotta get with her friends.

No joke, We watch Colin shake hands with every single person in the room.

Eli: I never lived in the dorms at BYU, but the heart cutouts on the wall and assembly line of white Mormons shaking hands with other white Mormons is exactly what I always pictured the inside of Helaman Halls to look like.

Rebbie: Let me paint the scene for you, Eli: lots of cute white Mormon boys, most of whom went to that one douchey high school in Mesa, trying to make out with as many cute white Mormon girls as possible before they take a 2-year hiatus from dating. Imagine you're a cute white Mormon girl who has never been into NCMO’s but you decide to try it once because this boy is really cute and seems like maybe he might not be a tool he’s just acting like one? Then you get locked out of the dorms at 2AM together and have to notify BOTH your groups of friends to let you in. The next morning your phone is flooded by texts from everyone at Helaman Halls, and you do a walk of shame to the Cannon Center to drown your sorrows in waffles and whipped cream, expediting the freshmen 15, which you learn is not a myth.

Eli: Just here to point out how insane it is that there are adults in our state who get locked out of their residence for violating a curfew given to them by other adults.

Colin takes Analee to Doc Brundy’s, which is a place, I guess.

Eli: I bet it’s not even a real doctor.

“It’s not something I would just tell anyone,” Analee tells a film crew.

Rebbie: I’d like to know more about Colin’s fake margarita. Remember when that non-alcoholic bar popped up in downtown Provo? Spark, I think? It was such a cool hang for the two weeks it was in business.

Eli: I would have loved to be a fly on the wall of the Spark owners’ brainstorming session. “Let’s make a bar but take away the one reason people go to bars. Brilliant!”

Then things get sexy, or as sexy as things get on Provo’s Most Eligible.

Eli: They get Second Amendment sexy.

Rebbie: K but for real, raise a hand if you HAVE NOT gone on a date in Utah to shoot guns.

Colin takes a minute to talk with the producers about his other girlfriend.

“I look to Elena for different things,” he says, but doesn’t clarify what those things are.

Rebbie: Lemme break it down: Elena is the girl you’d want to marry but are too scared to put in the work because she is obviously a genuine, sensitive person, and you can’t handle the pressure. Whereas Analee’s bubbly personality and general DTF-ness makes it easy to be your whatever self because there’s no chance she’ll be hurt by your inevitable breakup. Oh NO I took it seriously for a second.

Eli: I would 100% read a thinkpiece from Rebbie called “General DTF-ness on Provo’s Most Eligible.”

Colin's date with Elena starts with meeting her sister:

She plays the part of a celebrity heiress, to, as she puts it, liven the show up. PREACH.

Eli: Ok. So I was sitting next to Meg while we watched this episode with 300 children and the show creators and when this scene started I legitimately thought I was going to have to call an ambulance and was already preparing to eulogize Meg (I assume I’m eulogizing you, Meg?) in a way that wouldn’t give these people credit for being the thing that finally killed her.

It was just a lot to take in.

Rebbie: MOTION TO NOMINATE SOFIA AS THE NEXT BACHELORETTE.
Like yes it was awful, but I’d endure it if it meant the star had a personality?

Eli: The best part of that scene was watching Colin totally not know how to interact with a person who probably isn’t a robot.

After the meet and greet Colin takes Elena horseback riding. It’s not fair to make someone wear a helmet on camera, but Elena is pulling it off.

Rebbie: Elena looked like a gosh dang American Girl Doll on this date, I fell more in love with her than ever.

It’s also not fair to make someone ride a giant animal on a first date that is also being filmed, but here we are.

During the date Elena gives a heartbreaking explanation of her fears. She worries that because so many girls left of their own volition, she’s only here because they’re gone. “I wouldn’t want to win by default,” she says.

Eli: It was at this point I leaned over to Meg and whispered “That’s literally how dating ends for everyone.” You think we all ended up with Zac Efron, Elena???

But despite Elena's fears, it seems like Colin, Elena, and Remington have a lovely time on their horse adventure.

Eli: Remington in the above photo is me a LOT of times at BYU.

Eli: BTW, that Brokeback quote perfectly encapsulates my relationship with this show.

Later, Colin and Elena head to Last Course for dessert.

Eli: With the horse?

She and Colin talk about school and what they hope to study. Somehow it turns into a conversation about how brilliant English majors are and I. Am. Here. For. It. We are all geniuses and none of us ever used the Wikipedia summary of Canterbury Tales to prepare for midterms instead of actually reading Canterbury Tales. And we for sure all read Beowulf in its entirety, right, my fellow English majors?

Rebbie: Okay she also plugged the BYU AdLab, which is where I found my people and stopped hating BYU! Elena, I want you to know the weirdos in the Brimhall building will bring you so much more happiness than Colin! I know this! I’ve lived it! Exclamation points!!

But then the conversation turns to the future of their relationship, and Colin implies that they won’t be doing long distance over spring and summer semesters.

Eli: He said something like “I’m not gonna lie. I probably won’t stay in touch over the summer.” HOW DID HE THINK THIS WAS GOING TO END.

Upon watching this a second time (I KNOW. This is the life I’ve chosen to live and I regret it every day), I discovered that he actually says, “We’ll definitely be in touch.” But it sounds like he says they won’t be in touch, because Colin mumbles.

Eli: He has literally never pronounced a consonant in his life.

Please, someone tell Elena she’s awesome and doesn’t need this. You know what? I’ll tell her. Elena, you’re awesome. You don’t need this.

Elena says she heard Colin and Analee kissed off camera and she seems for real bummed about it.

Eli: At this point, who among us hasn’t kissed Colin off camera.

Rebbie: See this is what I’m saying! Elena’s fatal flaw is being too sincere for this garbage reality show.

Despite having read the writing on the wall, Elena sticks around for another day. Decision day.

Both the girls* head to where Colin waits.

Eli: On behalf of righteous feminism, I accept your compromise.

The first girl to arrive is Elena, and as any Bachelor watcher knows, means it’s dump town for E dog.

Eli: “Dump town for E dog” was actually my nickname in college. Yes, I could have probably cut back on the fiber a bit.

And sho nuff, Colin launches into a speech about how Elena is an amazing girl with great qualities. Elena is not dumb and knows exactly what is happening. She immediately tries to stop him. “It’s fine. It’s okay,” she says. And yet, he persists.

Eli: You’re not doing this justice, Meg. The breakup speech went on longer than Remington’s eyebrows. I went out to dinner, filed my taxes, got a new driver’s license, and when I came back he was still trying to explain to her why she was amazing using only five words.

When Colin finally lets her leave, Elena says, “I would hate to make him feel bad.” Girl. No. Stop that.

Eli: I got broken up at BYU by a woman who took me to a picnic table and started off by saying, “I want you to know this hurts me more than it hurts you.” Then she proceeded to tell me she was only spending time with me because she had a crush on my roommate, who, to be fair, looked like a Mormon Abercrombie & Fitch model and frankly she wasn’t the only one at that picnic table who would’ve hit that. Anyway, at the end of her speech she felt so bad, I guess, that she said, “Do you want me to embarrass myself in front of you to even the score? I know! I’ll tell you about my last period!” It was the best example from my life of someone failing to read the room. Joke was on her though – had she not broken up with me I was totally prepared to give her children and completely ruin her life.

Next Analee arrives, and, well…

So our journey ends. Not with any sort of explosive confrontation, but with two sweet kids sharing their first kiss.

Rebbie: Honestly, Colin needs Analee to transition back into civilian life. If all this ends up being is a PG-rated escort service for RM re-entry, it will have been worth it.

Legit happy for these two. I hope their sure to be brief fling is fun while it lasts.

But lest you thought we were done with this show forever, let me correct your mistaken assumption. No, my friend, you have one more opportunity to see Eli and I confront Colin and his harem at our Girls* Tell Everything event. Register now!

I wrote girls and I meant it.