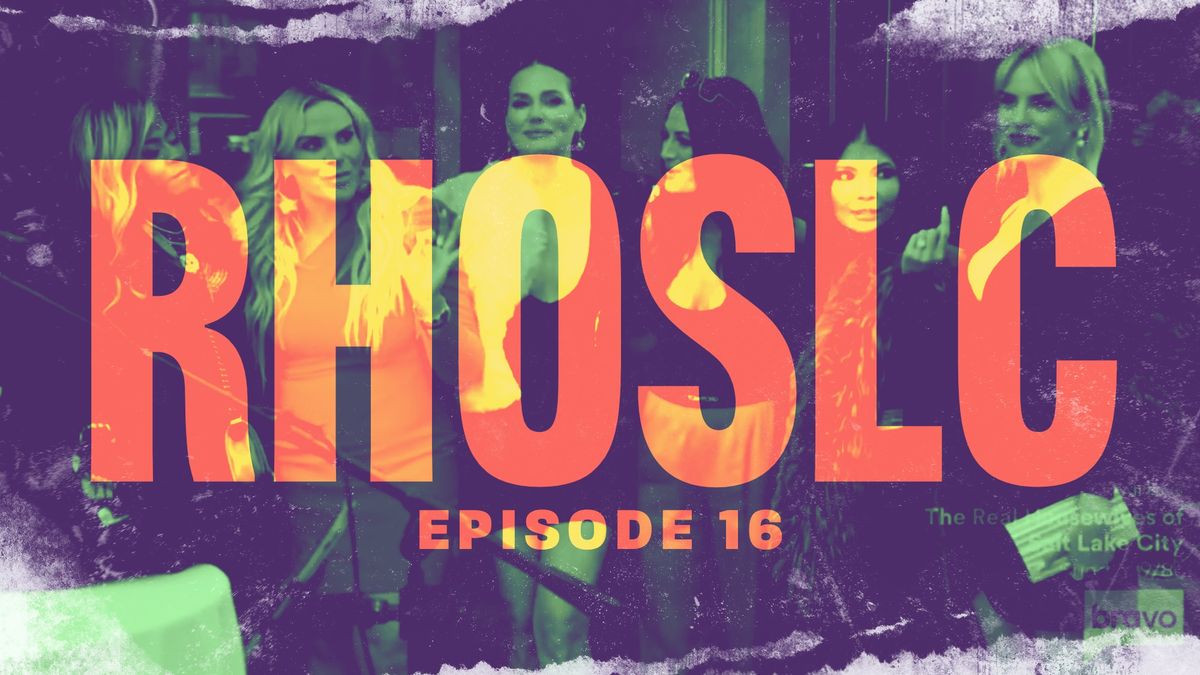 After a holiday hiatus, we’re back with another RHOSLC recap in which important questions must be asked. For example: Why does one put a dancer in a hot tub?

Why is Bravo allowing this deviant to get so much precious screen time on our program?

And why are the househusbands golfing at Mulligan’s, one of the world’s ugliest golf courses?

The guys make a bet: whoever loses their stupid little game has to “pay” for the ladies to go on a girls’ trip for Mother’s Day. For those new to The Housewives, this is a thing—there’s always one or two cast trips and the producers spin complicated webs to make the trips seem organic because there is no way in Whitney’s cleavage these women are hanging out on purpose.

This is one of the better fronts I’ve seen—one season on The Real Housewives of Orange County, a Housewife “invited” the ladies to go to Ireland so she could research her family history, which actually could have been plausible on RHOSLC given how obsessed Whitney, Heather, and Angie are with being related to their common ancestor, Shadrach Roundy.

Next, Heather treats Jen to a day at The Cliff Spa at Snowbird because she’s real nice and real foolish. I get being kind and inclusive; I don’t get blowing $500 on a spa day for a defrauder of the elderly. Pick me, Heather! Buy me an Audi! Give me a spa day!

They take only a moment to enjoy the scenery and mimosas before jumping into why Meredith did not invite Jen to Seth’s birthday party.

Why are they confused by this? Meredith has repeatedly said she doesn't want to be in Jen’s mere presence, so yeah, she’s not gonna invite her. Do I find it annoying that she doesn’t want to be around Jen? 100%. They’re on the same television show and that’s kind of the point—to fight at the same parties.

Jen says, “OK, you just don't like me just because. Because you’re an evil-ass bitch that is pissed off because her membership at Facetune ran out. OK. Got it.” This does not have the impact Jen thinks it does because it does not make sense. We’ve reached the nadir of the season because no one is making sense anymore. We gotta get outta here.

They wonder why Meredith is being loyal to Mary and not to Lisa and I too have that question. Meredith aligning herself with Mary is bizarre but perhaps explained by Occam’s razor—the most likely explanation is that Meredith does indeed like Mary. I perceive Meredith to be a logical creature and Mary to be completely batshit per her tweets and replies alone, but here we are.

Heather and Jen perpetuate the idea that Mary and Meredith had something to do with Jen’s arrest:

It’s really very stupid because, excuse me, this is not the 2002 made-for-TV masterpiece Get A Clue starring Lindsay Lohan. This is the FBI. THEY WERE TRACKING JEN’S LOCATION. YOU ARE FILMING A POPULAR REALITY TELEVISION SHOW IN WHICH BEAUTY LAB IS PROMINENTLY FEATURED.

Moving on. It’s Seth’s birthday party at Deer Valley and it’s the middle of the day because I guess when you’re old that’s when you have a birthday party. Meredith arrives in a sequin not-daytime cyborg look that Erika Jayne wore to the RHOBH reunion in 2018:

I’m gonna be mean for the next 300 words because Seth Marks is a menace to society. I miss his sad dad energy last season when his marriage was falling apart. This is why we can’t have anything nice. This is why, I’m sorry, you have to be mean to adult men. They don’t deserve anything but the worst.

What ensues on our screens over the next half hour is a 49-year-old man OWOOOOOGA!!!-ing his way into your homes. He says to his first wife, whom he recently begged to reconcile with, “I’m gonna treat you…”

I also blame Meredith for throwing him a birthday party in the first place. I think extravagant birthday parties for adults are gross (And in this essay I…), but that’s a hill-to-die-on for another day. And it wasn’t even that extravagant, except for shirtless Seth merch and the dancer they paid to embarrass herself in a shallow hot tub:

Seth enters with the confidence of a 10-year-old walking into a strip mall Chuck E. Cheese for their birthday party. He says this to his own daughter:

And this to his own brother:

The ladies arrive and I’ve never seen a person less happy to be anywhere, let alone a party with free drinks:

If you haven’t heard, the RHOSLC reunion taped last week and Mary did not show up. These last three episodes are her swan song, so we better get our last chaotic glimpses of Mary M. Cosby before she disappears once again to her cave in the Misty Mountains until another young hobbit asks her a riddle.

Mary and Meredith sit down to try to give Mary an excuse to own up to the racist comments she said about Jennie. They suss out that Lisa told Jennie that the shoes Mary gifted her were a regift, and if you’re realizing that we’re circling back to a stupid pair of shoes Mary gave Jennie four episodes ago, you are correct. And if you have no idea what I’m talking about? I envy you.

The point is that Meredith has chosen to align herself with Mary and distance herself from Lisa, who supposedly has been her friend for ten years. Mary says Lisa is jealous of their friendship, which I don’t totally agree with, but that’s a thing mean girls say when they don’t know what else to say, so sure. Lisa’s jealous.

The Housewives gather to sing a whispery Marilyn Monroe-esque Happy Birthday to Seth and I hated it:

Duy announces that the ladies are going on a trip to Zion in Southern Utah. Whitney then whips out a birthday cake that doesn’t exactly help to dissuade the swinger rumors:

Whitney’s husband Justin is totally cool with this and definitely doesn’t look uncomfortable:

The party concludes with Seth jumping in the pool with his clothes on and he is PSYCHED to be joined by none other than, you guessed it:

Justin, Cool Guy #1, is just havin’ a drink, chillin’, totally fine with, yup, his wife in a pool with another guy. Yeah, totally cool:

Next, the ladies are getting ready for their Zion trip. Karlyn is vying for Mary’s spot on the show next season and doing one hell of a job:

They show up to the bus and apparently there’s a supply chain issue with drivers and party buses in Salt Lake City because Kevin, THE SAME DRIVER FROM THE VAIL TRIP, is their driver for this trip ON THE SAME PARTY BUS. Literary kismet. Poetry. Shakespeare himself couldn’t write this. Or rather, he wouldn't because it’s ridiculous, but sometimes truth is stranger than fiction:

Lisa arrives with a gorgeous 44-ounce Diet Coke from Holiday:

And Jen tempts fate by announcing to the universe with an obnoxious party mic that she’s on the same bus as she was before she got arrested:

Mary and Meredith once again choose to meet the group at their final destination. The women take this as suspicious and I take it as they don’t want to be in a car with women they can’t stand for four hours.

Jen starts yelling at Lisa for reasons I can’t figure out. Ultimately, Jen is mad at Lisa for being friends with Meredith, although Lisa and Meredith have definitely had a falling out due, atleast in some part, to Lisa’s friendship with Jen. Jen wants blind loyalty from Lisa, but that’s hard to expect, especially given the unsavory details of her legal drama.

Jen starts clapping to emphasize her syllables, a harbinger of frenzy:

Jen is seeing red, not making any sense, and getting in Lisa’s face:

The episode ends with a producer trying to keep Jen from Lisa, a shot of the van in Santaquin, and this truck’s horn blaring over an alternate title for the series:

God willing, there are only two more episodes in this season of RHOSLC—next week we’ll see if the van fight escalates to fisticuffs and if Mary and Meredith make it to the red rocks. Until then, don’t miss Meg and Emily on Hive Mind’s weekly RHOSLC recap from The Beehive.