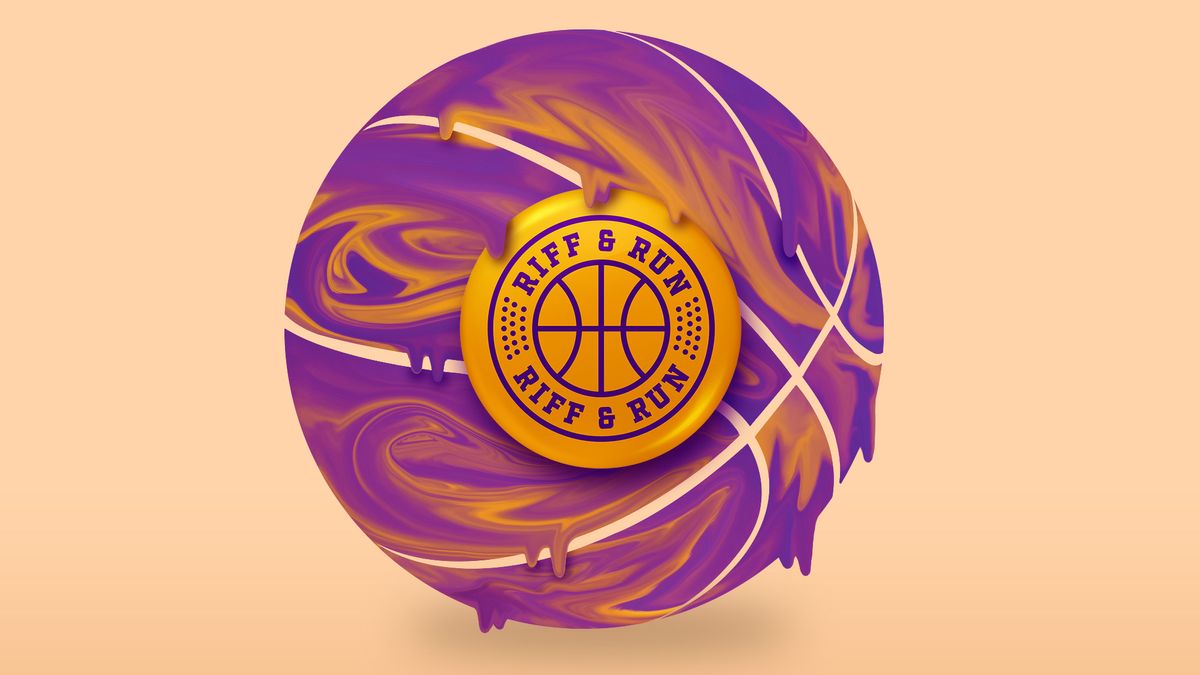 Welcome to the first installment of Riff & Run.

These honors are great, they get ol’ Gary out of bed in the morning and please him in ways you can’t even find on Pornhub. But they obscure the true cause of excitement and hope in Utah, one unrecognized by Forbes’ Mountains And Houses series: Jazz basketball. The future is tantalizing, built around Mitchell, Gobert, roster depth, and Quin Snyder’s immovable hair curl. There are theories being floated that Utah’s offense is about to set the NBA on fire. I’m not convinced, but there is one line that resonates: “The Utah Jazz enter this season as either the NBA’s least-respected title contender or its most feared underdog.” What a perfect way to describe this year’s Jazz squad. The Warriors have the #1 contender spot on lockdown, but determining the rest of the pecking order is murky. Among many teams with talent and questions — Lakers, Thunder, Rockets, Spurs — the Jazz lurk and Mitchell’s growth will define their ceiling.

While reading Meg’s recap of the comedy/horror Trek The Movie, I came to a startling realization: Grayson Allen is the main character Tom. I don’t know how this happened — much like Trek in general — but I know it’s truth. Grayson Allen tripped anything that moved in college, a move only someone wearing an “I don’t give a rat’s ass” t-shirt would try. He grooms his hair in the most dickish manner — rolling blonde wave — and there’s no real difference between being paid millions of dollars to ball and wandering around a Wyoming dust-patch with a fake case of chlamydia. Will it shock me if Allen shows up to Utah’s season opener against Sacramento pulling a handcart filled with fresh-cut grain? No. Will I be confused when Allen warms up wearing a red flannel shirt, pointy brown boots, and wide straw hat? No. Will I be surprised when Allen trips Buddy Hield and tells him, “That isn’t pain, pain is getting lost on a backwoods trail, having to burn everything you own, and listening to an impromptu rendition of ‘The Spirit of God?’” No.

Acting hijinks and bad t-shirts aside, Allen is a major swing player for this year’s Jazz team. Multiple outlets (including 538 and The Ringer) have explored the possibility of Utah becoming title contenders. For this to happen, Utah needs scoring/creation from people outside Mitchell and Ricky Rubio. Allen is an intriguing possibility, a 6’5 combo guard with athleticism and versatility to thrive in today’s NBA. The problem, again — he is a dick who trips people. A lot. It seems like he can’t stop, which might indicate a larger problem that bears discussion with a trained professional. If reined in, Allen could embody the “teammates love him, opponents hate him” cliche. If let loose, nobody will be safe to walk or run inside Vivint Smart Home Arena. As anybody who watched Trek (or read Meg’s recap) can attest, Allen is a man of extremes — he drops a ham-fisted “latter-day droid” line right on his buddy’s head, then finds God in the bright orange flames of a hair spray fire. From a basketball perspective, this means Allen will either average 15 ppg and help Utah go 60-22, or be suspended 82 games for flagrant violations of the NBA’s tripping and hair grooming policies.

I understand alternate jerseys are a straight cash grab to grub more money from our pockets. But we now have two consecutive versions — City editions last year, purples this year — that ball. Maybe we can finally move past the mountainous atrocities of the 90s that abandoned the J note, a crime that should’ve been prosecuted. Maybe this prosecution would already be in the books if our state government wasn’t slobbered silly every time Forbes materialized a list from thin air. Maybe that’s the real story of these purple alternates: how does Forbes continue to pull meaningless lists from a magician’s hat, and why do the senators, congress people, and governor of Utah act like Harry Houdini showed up in a beehive-emblazoned cape and cooked them a steaming supper of meat and potatoes?

Think long and hard before you listen to this clip with sound.

Ummmmm….was that a laugh? An emission of pain? A cry for help? All of the above? Has the robot gained consciousness and started to mirror humans around him? Should we be worried for ourselves and our loved ones, afloat in a world where this is a manifested version of happiness?

Kawhi is a phenomenal basketball player — part offensive juggernaut, part defensive terror. He disappeared for the duration of last season, got into an enormous and confusing fight with the Spurs, and was traded to Toronto. Now he’s healthy and curdling the blood of children with laughter, and I can’t tell if I should be excited or afraid. The east is Boston, Philly, Toronto, and a bunch of flotsam. Lebron’s departure leaves a King-sized hole — will it be filled with trash basketball or Kawhi’s laughter? Or Kawhi laughing at trash basketball? Toronto plays at San Antonio on January 3 and I can already picture the scene — 20,000 people in Tim Duncan jerseys booing and hissing, Kawhi’s laughter starting deep in his belly and then booming through the stadium as everyone falls silent. Never forget the world is a terrifying place.