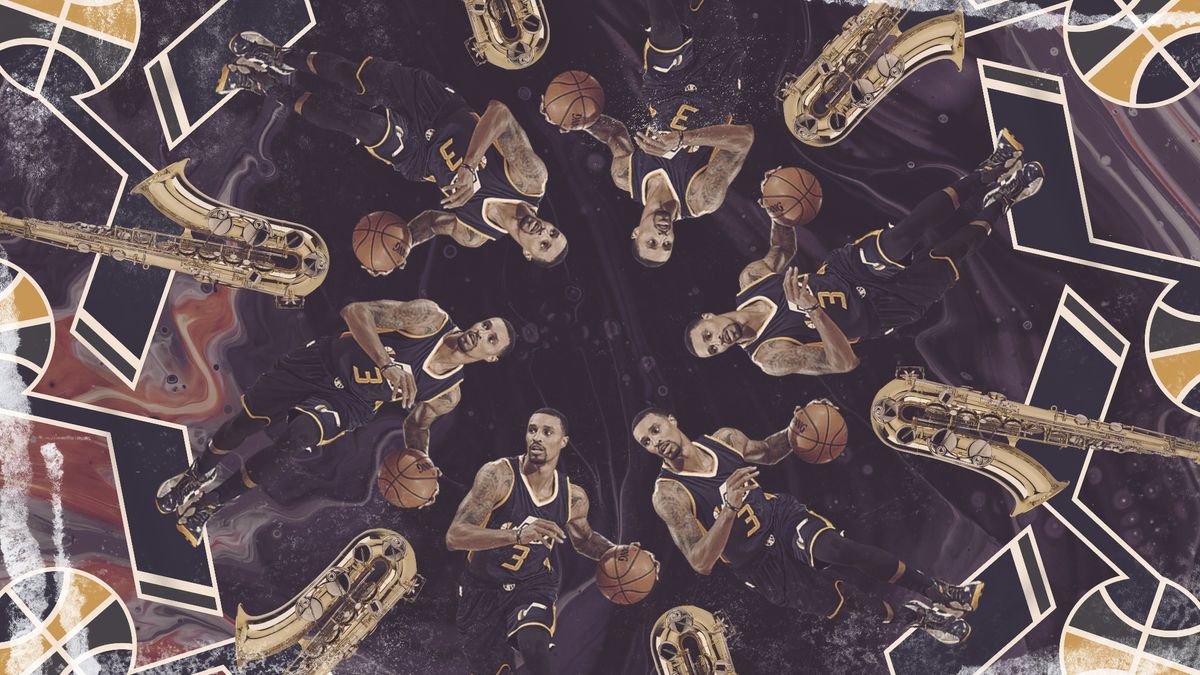 Seven straight victories have the Utah Jazz just 2.5 games behind Phoenix for the Western Conference lead—but it’s how they’ve won during this recent hot streak that earns them this week’s Beehive sports spotlight.

Quin Snyder’s squad just wrapped a 4-0 road trip which included one thrilling victory over the now-kinda-fun Cavaliers, and three blowout performances over the Timberwolves, Sixers, and Wizards. There are several keys to this team’s 19-7 record, including a multi-DPOY winner still in his prime patrolling the paint and making life miserable for opponents on a nightly basis, but the star of the show has been Utah’s outlandishly good offense.

Scratch that—this offense is historically good. At least according to offensive rating (a formula measuring overall offensive efficiency), your 2021 Jazz are among the best to ever do it.

Granted, offenses league-wide have steadily grown more efficient since the discovery of three points being worth more than two and the swift disappearance of the mid-range jumper, but still—what this Utah group is doing is rare, and it’s keeping the title window open for a team eager to ink its name among the league’s most elite squads of the era.

As you can imagine, there are several factors contributing to the Jazz’s statistical brilliance. Purposefully staying atop the league in three-point attempts per game and keeping mid-range shots to a minimum is part of this team’s philosophical DNA, a distinct advantage over teams slow to adapt to the NBA’s offensive revolution.

But it’s more than that—philosophy can only take you so far. What the Jazz have in the current locker room is even rarer than an analytically-driven offense. They have the right balance of bonafide stars and stud role-players to look the part of a true contender.

The team revolves around Gobert and Mitchell, a duo no longer inexperienced in the ways of the NBA’s brutally long schedule and enhanced playoff atmosphere. Mitchell isn’t even fully cooking yet, shooting well below his career average from deep through the first quarter of the year. Part of what makes the 7-game win streak enticing for Jazz fans is the welcome sight of Mitchell quickly defrosting, providing a welcome scoring boost just as Utah’s schedule becomes more of a challenge.

Gobert remains among the top players any GM worth his salt would select in a complete league-wide redraft, boasting a 73.1% eFG figure this season and a defensive presence reminiscent of your little cousins coming over for Thanksgiving and trying rather helplessly to score over a grown adult on your old Little Tikes Hoop.

Strange as it sounds, Rudy and Donny have emerged as one of the more seasoned pairings in a league full of busy offseasons and franchises desperate to exchange old parts for new ones. The natural churn of the NBA’s rosters has largely left Utah undisturbed, and the result is an even more effective contribution from both its stars and complementary pieces to once again throw the Jazz's hat (and wallet, and keys, and phone) into the ring of true contendership. Most recently, the duo managed to flip a 1-point halftime deficit on the road against Washington into an utter beatdown behind 28 points from Mitchell and Gobert’s 20-and-11 double-double.

Beyond its two obvious franchise pillars, Utah has managed to isolate elite production in just about every other position on the roster. Depending on the week, former All-Star Mike Conley is among the top 2-3 most efficient scoring guards in the league. Joe Ingles would probably be a household name among forwards if he played alongside LeBron or Giannis, but somehow slips beneath the radar for many NBA fans despite consistently frustrating defenses from distance.

Royce O’Neale and Rudy Gay are capable of turning a series on its head when they’re on, and if Jordan Clarkson rediscovers his shot soon this historically good offense could reach even more extreme heights.

The Jazz are a team to be reckoned with, built on principles of analytics-driven scoring advantages and defense you can really only play with a dude like Gobert anchoring your efforts. They’re a group playing great basketball early in a long season, collecting wins from its favorable schedule and riding that momentum into yet more wins against more challenging stretches.

So long as they keep pace with the red-hot Suns and a rejuvenated Warriors team, the West will surely be up for grabs come spring—and the Jazz’s dedication to smart basketball will once again get its shot for the dream postseason run Utah fans have spent their whole sports lives dreaming of.