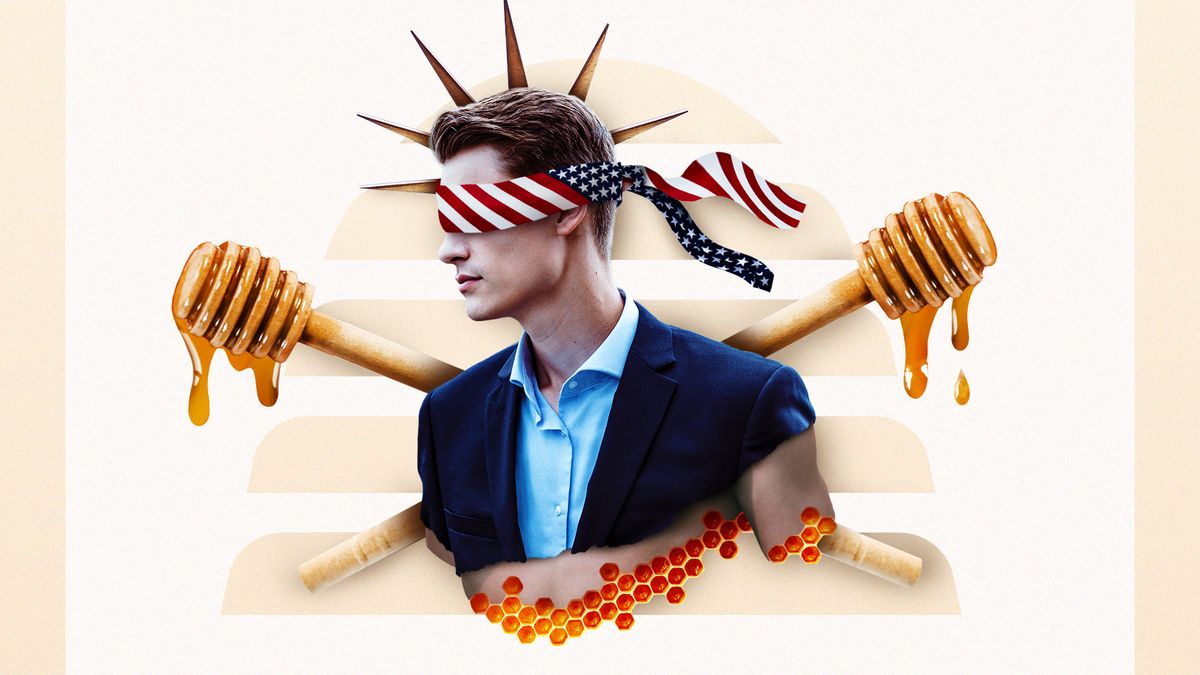 Nowhere does Independence Day like Utah. You may be thinking I’m talking about the parades, but sadly I have no patience for those. You might be thinking it’s Utah’s rodeo scene, and while I do enjoy a good rodeo, they also smell of manure. No, what makes Utah the only place I want to be on America’s birthday is the one and only Stadium Of Fire.

Are you humming the theme song now? Well you’re welcome because that song deserves a Grammy. Such passion! Such drama! (if you haven’t heard it, you will soon).

Whether you’re a Stadium of Fire regular or have never been, you can’t deny this event is the embodiment of Utah. Because I’m about to prove it to you in 6 points.

Since its inception in 1980, The Osmonds have performed at - count ‘em - FOURTEEN Stadiums of Fire. This is less surprising once you find out they were the geniuses who first dreamt up the event in the first place.

Yes, Utah’s first family of showbiz gave us this night of song and dance. In the beginning, the whole family would perform, then just Donny & Marie, then the Osmonds: Second Generation, which I did not know was a thing until writing this piece.

So deep are the Osmonds’ ties to SOF (as the internet calls it) that in 2016, David Osmond even introduced a revamped theme song! Complete with rap section?

2. The Stadium Of Fire Dancers

There is a verifiable swarm of dancers involved in SOF. Really they’re more like a collective stage prop, twirling star-spangled flags or lining up to make a formation in the exact outline of the US of A.

If you’ve watched any dance show ever (Dancing With The Stars, So You Think You Can Dance), you will have noticed a surprising amount of contestants come from Utah. Dancers are simply one of our exports. Julianne & Derek Hough, Jenna Johnson (now Chmerkovskiy), I mean even Napoleon Dynamite went to BYU.

Wisconsin makes cheese and we pump out dancers, and if you’re wondering why, Emmy-winning choreographer Mia Michaels has an explanation: “It’s the Mormon thing: no sex, drugs, drinking. So dancing becomes a great outlet. I remember going there once and you can’t have a glass of wine after rehearsals because nothing is open. And then in the morning, you say, ‘OK, I need coffee.’ And they say, ‘Um, no, it’s Sunday!’”

If only our dancers could drink coffee on Sundays! Just imagine how much higher their kicks would be.

I am sure other states put on patriotic events where dancers are involved, but I guarantee they are far fewer in number and much worse at dance. Can you comprehend how many bodies it takes to make an outline of the United States? Such quantities of children could only be supplied by Utah.

3. It Doesn’t Always Happen On The 4th Of July

Should the calendar year be such that July 4th falls on a Sunday, Stadium of Fire is rescheduled for the neighboring Saturday or Monday. No one bats an eye at this; America’s birthday respects the Sabbath and that is that.

People like to act like Utah is this dinky little state where we wear bonnets and date our brothers. Okay, I’m not sure people think that but I did once have someone ask me whether Utahns were allowed to watch television (come to think of it I sort of wasn’t growing up? But that wasn’t Utah, that was my parents, okay?!).

These are big names and they chose to spend July 4th in Utah - why? Because the Stadium of Fire is the most showstopping 4th of July event in the country.

Here I do have to mention a potential outlier named Miley Cyrus (2008). My Dad will never forgive her for apparently forgetting where she was when she thanked the audience. “It’s just great to be here in...uh....um....oh yeah, Utah!” he quotes. I’m not 100% sure this happened as he remembers it, but I’ve never questioned him because who doesn’t want to watch their father imitate Miley Cyrus?

Stadium of Fire is hugely entertaining, which should not come as a surprise given the state’s dominant religion once required its adherents to put on yearly road shows. Utah’s civilian population simply has more experience with skits than the average state. Jazz hands are our heritage and on the 4th of July, it shows.

Granted it was 1994 and those were different times, but I’m struggling to imagine that heavenly chorus serenading a football stadium full of sweating blondes in patriotic Old Navy tees. Did anyone attend the 1994 Stadium of Fire? Did MoTab sing the Stadium of Fire theme song?!

6. So Much America Pride

But like not in a MAGA way. Have you ever sung God Bless The USA alongside 63,000 people, most of whom have surprisingly great voices? From its jet flyover, to its war veteran speakers, to its military family surprise reunions, Stadium of Fire will awaken a deep patriotism within you.

Maybe they get this patriotic in other places; having only grown up in this state I admit I wouldn’t know. But I do feel that loving America was part of Utah’s curriculum. This state taught me to love God and country, a love that swells whenever I come home.

This year, Stadium of Fire will feature Keith Urban (not American but American Idol is close enough) and Chuck Norris (because what’s more American than Walker, Texas Ranger?). If you don’t go, at least you’ll be stuck on the theme song for weeks after reading this. If you do, you’ll experience not just a firework show or a country concert but the very essence of Utah, state that I love.