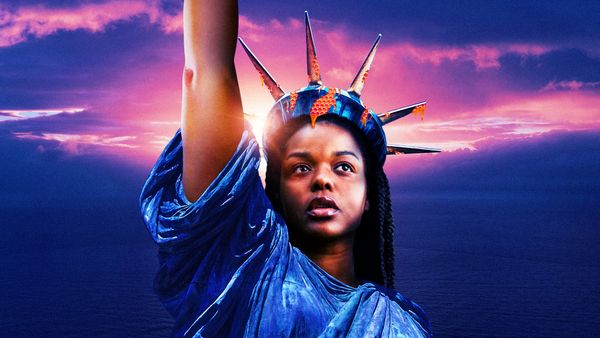 I am a Black woman who has lived in Utah for twelve years. Utah is a state with a rich history that its people are immensely proud of. But for a people so enriched in the stories of their oppressed pioneer ancestors, I often wonder why it is so difficult for many to see the parallels between their own oppression and the deeply rooted, ongoing history of their minority neighbors.

But what about here in Utah? I, like so many other people of color in this state, have an ever growing list of discriminatory experiences and unfortunate run-ins with racism. When I was a 20-year-old living in Provo going to BYU, I had a conversation with a Mormon bishop that has continued to haunt me to this day. In our meeting, he asked me how my dating life was going. I informed him it was fine, but with a difficult semester, dating wasn’t really a priority. When I asked him why he was asking, he responded with, “Well, you know, I just want to make sure that you are being able to go on dates because there aren’t many of your people here at BYU.” As someone who tries so hard to give everyone the benefit of the doubt, I didn’t want to accuse him of saying what I thought he was trying to say. So I asked for clarification to which he replied, “You see, many white men just aren’t attracted to Black women. It is what it is, but I didn’t want you to wonder in case you were concerned about not going on as many dates as your roommates likely are.”

A few years ago, in Salt Lake where I live now, while on a date, a guy told me that I was “pretty for a Black girl.” I asked him what he meant and he went on to explain that to him, Black women just weren’t as good looking, but not to worry because he found me to be attractive. On this man’s scale of attractiveness, my race fell near the bottom. And somehow he thought it would be a compliment. Now, at thirty-two years old, I still wonder about the men who ask me out and if that bishop was right all those years ago. On the surface, I know he was wrong, but deep down he planted a seed that forever made me insecure while living here. To make matters worse, not one of these individuals could understand what was so wrong about what they said.

It isn’t just my interactions with white men. Last weekend, I defended a Black man at Target as a white woman nearby yelled at and accused him of cutting in line, while allowing a white man to go ahead of her. This young Black man simply hadn’t seen her because of the 6ft of space between her and others due to social distancing. He was polite and apologetic while she continued to berate him. I told the woman to leave him alone, to hurry and pay for her stuff and be on her way. The disheartened look in his eyes was all too familiar to me.

I watch Utah politicians passively condemn racial inequality so as not to upset the white majority who support them. They refuse to call out hateful words tweeted out by the President. They refuse to identify the issues for what they are and instead quote Martin Luther King, Jr. to keep from riling up emotions. Recently, Bernice A. King, daughter of the late Martin Luther King, Jr., tweeted the following:

“Don’t act like everyone loved my father. He was assassinated. A 1967 poll reflected that he was one of the most hated men in America. Most hated. Many who quote him now and evoke him to deter justice today would likely hate, and may already hate, the authentic King.”

Many white friends have asked me this week how I am feeling and I told them I am tired, deflated, sad, but mostly angry. When they ask me what they can do to help, I tell them to stand by my side.

How do you stand beside me? When I am in pain, DON’T tell me “not all Utahns, not all white people.” DON’T invalidate my fear or my sadness by telling me everything doesn’t need to be about race. DON’T tell me you do not see color/race.

Yes, I need to wear sunscreen because while Black people may not burn as easily, we are not immune to skin cancer. No, I actually don’t like watermelon. Yes, I got that job because I actually worked hard, not because I filled a diversity quota. Yes, I like rap music, but I like other music too. DON'T feed into stereotypes and assume that you know me.

DON’T ask me where I’m really from as if I wasn’t born and raised in this country too. DON’T stand on the other side of the elevator and clutch your purse as if I have any desire to jump at you and take your belongings when I am just minding my own business. DON’T tell me you forget I am Black because I don’t talk like I am Black. I’m not here to fit your mold of who you think I should be. DON’T assume I’m related to the woman standing behind me in line just because she too happens to be Black when you don’t assume the same about the white person in line behind you.

When you ask me how you can help, instead of telling me you’re the exception, ask yourself if the problem is really you. If you want to help, be willing to look in the mirror and know there may be some things you will not be comfortable seeing about yourself.  While we appreciate your posts on social media, we also wonder how long the solidarity will last. I worry next month you will forget about our pain. Be prepared to have uncomfortable conversations and keep those conversations relevant and ongoing.

If you’re ashamed of Utah’s reputation concerning racial injustices, then change it. If you are unaware of these injustices in this state, educate yourself or better yet, ask a person of color to help you understand. Remember not only the stories of the Utahns who settled here in the mid-1800s, but also become familiar with the stories of the Black and brown people who have also made this state their home.

Liese Rodger lives in Salt Lake City, is shorter than most 12 year olds, reads 1-2 books a week, and considers pasta to be its own food group.

Lives in Salt Lake City, is shorter than most 12 year olds, reads 1-2 books a week, and considers pasta to be its own food group.