By Meg Walter
Features the bachelor 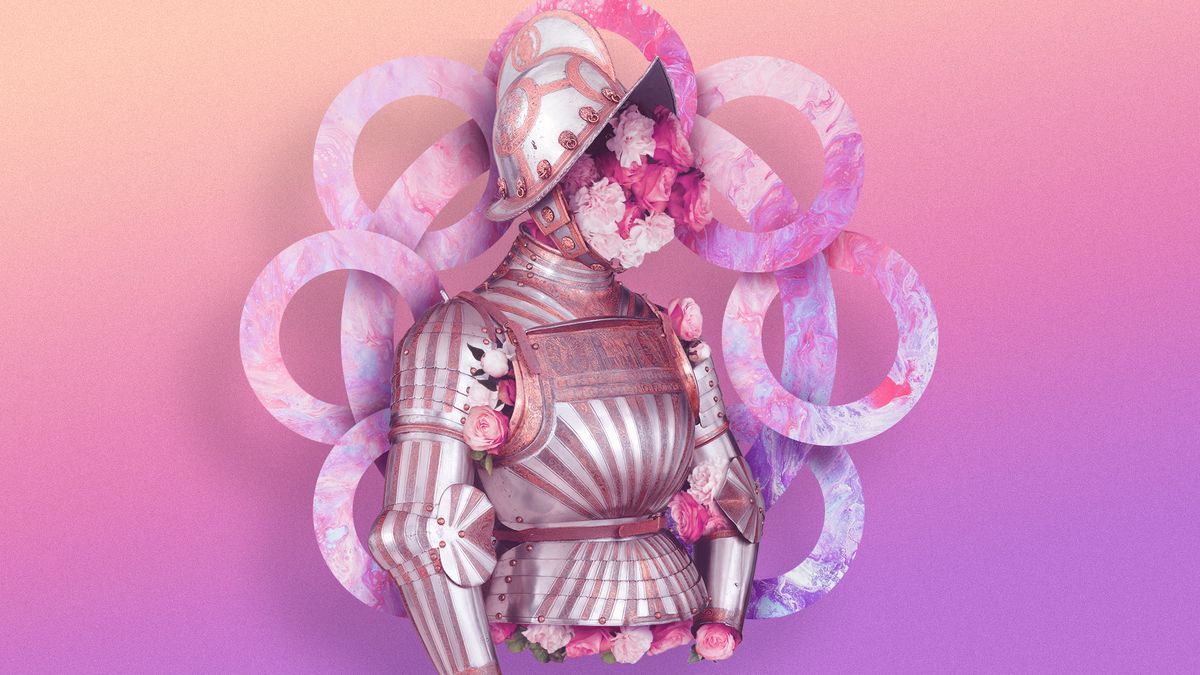 I’ve never rushed to a computer faster than when I heard The Bachelor Live On Stage was coming to Salt Lake City. I gave Arttix my credit card info, bought a $70 (!!!) ticket, encouraged a couple friends to do the same, and then counted down the days until February 21st when I would finally see what the hell this show–which I’d heard only whisperings about on various Bachelor-adjacent podcasts–actually was.

But I sit here now on February 26, on the other side, having seen the show, dumbfounded by what I witnessed, unable to tell you what the hell Bachelor Live On Stage is because honestly, I’m not sure I know? It was maybe a late night singles-in-your-area ad on channel 14? A school play?  A cult convention? All of those things and none of them at once?

Whatever it was, it was A LOT. Even for a Bachelor scholar like me.

We took our seats in a crowd full of hot moms and the show began with four dancers on stage performing what I think was meant to be interpretive but read like make-it-up-as-you-go in front of a large screen showing footage from recent seasons of The Bachelor/ette/In Paradise.

After the awkward swaying and reminiscing over couples who now hate each other (RIP, Krystal and Goose 2019-2020), an announcer addressed us in the audience as Bachelor Nation which made me feel like I had unknowingly ingested some KoolAid. I’m in Bachelor Nation but not of Bachelor Nation, you know?

The Announcer then introduced Ben Higgins (The Bachelor Season 20) and Becca Kufrin (The Bachelorette Season 22) and our illustrious hosts took the stage.

Becca and Ben, perhaps better than any of the hundreds of people who have appeared on the Bachelor franchise, have figured out how to turn their time on the show into a life-long career, and it would be unfair of me to say they are not good at what they do. Neither of them were particularly charismatic on their season, but on stage next to a group of normies, they truly stood out as stars. This might be because they are extremely attractive people, but I suspect it’s more likely born from years of being in the spotlight. They also earned however much they are getting paid to do this tour. They each had no fewer than four costume changes and a handful of dance numbers.

Ben and Becca kind of explained what was about to happen, telling us we were going to witness an entire season of Bach condensed into one night. Then they introduced Crispin, our bachelor for the evening:

Crispin’s coworkers nominated him for SLC Bachelor and I can’t decide if they did so because they love him or hate him. Dressed like he came straight from work at a SaaS company, Crispin seemed reluctant and nervous. It might have been genuine. It might have been a machiavellian power move. To be honest, I respect the latter option more than the former.

Soon after we were introduced to the "shy" Crispin a limo rolled onto the stage and white women in cleavage-enhancing dresses began piling out.

I won’t include all the photos I took of this very long, very painful, segment because there are a lot of them and none of them are good. Just know there were fifteen or so ladies who introduced themselves with sexual innuendos and promises of chocolate chip cookies. The introductions between these women and Crispin were even more uncomfortable than the introductions on the show, because this time the contestants could hear us groan at every pun.

After he had spent four seconds with each girl, Ben and Becca instructed Crispin to hand out the First Impression Rose. He gave it to Kim. Kim is this person:

What did we know about Kim at this point? Only that she looks great in a red dress, and in the world of The Bachelor, what else matters?

Then some of the girls were sent backstage and some remained in the spotlight to play The Newly Met Game (instead of The Newly Wed Game - get it?) Just like group dates on the show, The Newly Met Game was clearly filler in this ninety minute production. I respect you too much to explain what this game was.

Then the girls from backstage came out to play Lip Service, a competition to see who could embarrass themselves the most while lip-syncing hits from the nineties.

Yes, they sang “My Heart Will Go On” from Titanic, and yes, that’s a clipart iceberg behind them and yes, you should feel weird about it.

Reminder: This event cost $70 to attend.

Lip Service quickly devolved into debauchery and ended with two of the women alternating time spent dancing in Crispin’s lap while mouthing the words to “Milkshake”  S.E.V.E.N.T.Y. D.O.L.L.A.R.S.

Then it was time for a Rose Ceremony. Two women we knew nothing about were sent home.

Then Ben and Bec announced a 20 minute intermission and instructed us in the audience to submit questions via Instagram to be answered by the hosts in the second half of the show.

Sadly, my question was ignored.

At the end of the intermission Crispin and the gals reappeared on stage for another Rose Ceremony in which two more girls whose names we never learned were eliminated. Then Ben and Becca, in their third costumes of the evening, explained the rules of Naughty or Nice.

Each girl was told to declare if they were naughty or nice, and provide evidence to support their answers. Answers ranged from “nice, because I apologize to furniture when I bump into it,” to “naughty because I performed a sex act in public one time.” The girl who gave that second answer made it to the final two. Side eye emoji.

Then another Rose Ceremony and another goodbye to two more strangers. And then, Home Towns, which had nothing to do with home or towns.

Crispin asked the girls a number of questions and then had follow up conversations with the girl whose answer intrigued him most. One of the questions was “What do you want to be when you grow up?” which is a very odd question to ask a group of supposed full-grown women. They all replied that they enjoy their current careers, and Crispin chose to further the conversation with Audrey, who explained that her mental health advocacy started after she watched her grandfather suffer from depression.

Then Becca and Ben announced another Rose Ceremony to remind us that despite Audrey's moving answer, this event is very dumb. Two more girls left the stage in disappointment. Or maybe relief. Probably relief.

Then – It was time for Fantasy Suites. How did they recreate the experience of The Bachelor and his women getting busy in a hotel room? By rolling a canopied bed on stage for the bachelor to spend five minutes un-mic'd with the two remaining girls one at a time while an entire audience and the other girl watched.

And then, finally, it came time for Crispin to hand out his Final Rose and date package, which included Kendra Scott jewelry, spa services from Kura Door, and dinner at Takashi. When I heard the goods in the package, for the first time I understood why someone might subject themselves to this humiliation. There's not a lot I wouldn't do in exchange for an hour-long Kura Door massage.

In a shocking turn of events, Crispin gave the rose and date to the mental health advocate and not the sex-act-in-public girl.

Seems like a good choice I guess? Then again all I know about Audrey is that she’s a mental health advocate and a woman. I’d be interested to know if Crispin and Audrey’s relationship survives the hour plus wait to get a table at Takashi since it’s always an hour plus wait.

And that was it. Unlike most real episodes of The Bachelor, this fake one flew by. Ben and Becca said their goodbyes, and we were all left to wrestle with our feelings. Which for me, were mixed.

On the one hand, I had been very entertained, which is more than I can say for most stage productions I’ve seen. And I laughed a lot. Probably in a way that makes me a jerk. At the expense of the hot moms who were into it and the people on stage. Because I’m a jerk.

On the other hand, I felt complicit somehow. I guess because I gave $70 to an institution that promotes unrealistic ideas about relationships. That, along with the vibe of the crowd, being addressed as “Bachelor Nation,” paying $8.00 for a water, it all felt like I was at a rally for some sketchy new political regime. Like I would only be a little surprised if Chris Harrison ran for president one day, and his campaign slogan was Right Reasons.

I felt tired after the show. And kind of gross. But also amused. But mostly I felt $70 poorer.