The Bachelorette: We Never Said It Would Be Easy 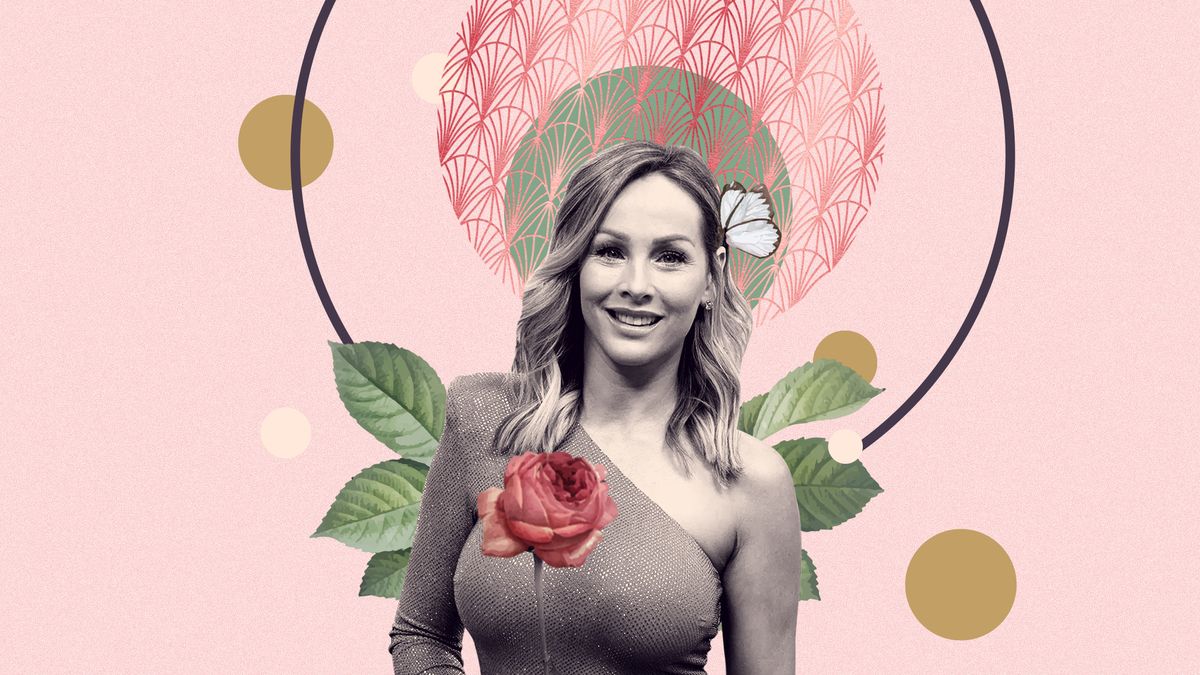 On Tuesday night, America watched as Chris, a landscape design salesman from Salt Lake City, took Bachelorette Clare Crawley by the hand and said, “They never said it would be easy, they just said it would be worth it.” Every past and present member of the Church of Jesus Christ of Latter Day Saints in the show’s fan base cringed in recognition of that infamous quote often heard over the pulpit, often misattributed to Jesus.

There are moments in your life where it feels as though you are the only soul standing on a dock watching two ships pass in the night. There I was, witnessing a goober from my city share a phrase from Mormonlore with the star of what promises to truly be the most dramatic season of The Bachelorette, and I think it's the closest I've felt to an out-of-body experience.

But there was a lot leading up to that moment so let’s back up.

And yes, he uses the phrase, “troubling times” to describe a production delay.

Sure, the pandemic has been bad for the 215,000 people who have died, their loved ones, and the hundreds of thousands more dealing with the chronic effects of having contracted the virus or losing employment, but do you know who has had it the very worst through all of this? Our Bachelorette Clare, whose season was pushed back five months, Chris explains, while footage shows a sad Clare sitting alone in her house.

“I’m 39. I may not ever have the chance to meet my husband,” Clare laments during the pandemic montage. The logic of that statement is...flawed.

But then, we see Chris Harrison Zooming from what I assume is his home office.

The reason for Chris’ Zoom call is to tell Clare it’s finally time to head to what appears to be a midlevel resort in Palm Springs where she will quarantine for two weeks.

At the end of those two weeks, Chris Harrison appears at her door to tell her that her COVID-19 test was negative.

I’m pretty perturbed that all the rest of us can't have C list celebrities deliver our results after hypochondria-fueled drives to the nearest testing location.

Clare's men are also at the resort quarantining and seem to be living the life we all lived back in March.

Eventually the men all get tested, they’re all negative, so it’s finally time to get this CDC-sanctioned party started.

To pregame, Chris and Clare sit and talk about life, therapy, and a mysterious DVD Clare’s dad made for her weeks before his death that she has not watched and is saving for her husband. (foreshadowing).

Then, Clare meets the men, many of whom show up in very dramatic fashion:

And in very dramatic vehicles.

It’s like, dude, you went to Harvard and now you’re on The Bachelorette, that’s pretty much a Greek tragedy. Stop telling people about it, we all feel bad for you.

It’s sometime after the parade of ridiculous cars when Chris from Salt Lake City drops every EFY alum’s yearbook quote: “They never said it would be easy, they only said it would be worth it,”

And in that moment, Clare is all of us:

But Chris isn’t the only Utahn to make us proud in this 90 minutes of TV.

Zach, the cleaning service owner from Saint George, gets down on one knee,

and presents Clare with a small, plastic, bare butt in a ring box that farts when you open it. He for sure bought it at Spencer’s Gifts.

All in all, it’s a real banner night for the Beehive State.

One minute later, Clare meets the man who will abruptly end this season by being the human she’s spent 39 years searching for.

And Chris Harrison tries to smile through his panic.

“Did you say you think you may have just met your husband?” he asks and you just know off-screen 20 producers are making the across-the-neck motion at Clare, who is supposed to pretend she doesn’t know which of these men she wants to appear on the cover of People with for another ten weeks.

So she continues the charade of the cocktail party.

One guy accusing another guy of being “reckless on Instagram”.

Speaking of Instagram, turns out one guy decided to DM Clare during quarantine, even though it’s “against the rules,” and Clare was super into that, so they make out for a minute,

and you maybe think she’ll give him the first impression rose, but this is a total misdirect.

Clare gives the rose to, and then makes out with, the guy she already loves and is ready to marry after knowing him for 37 seconds.

Then, after a long night, it’s time for the Rose Ceremony.

In a real upset for us Utahns watching at home, Clare roses fart-in-a-box guy Zach J.,

and Chris is left wanting.

Which is too bad. Had we spent another few episodes with him, I like to think we would have heard the story of the man throwing the starfish back into the ocean, or a detailed recitation of the single set of footprints on the sand.

BUT. Chris’ time may not be completely over after all.

As we all know, Clare absconds with Dale five minutes into filming, and Tayshia is called in to become the season’s second Bachelorette, which MAY MEAN the men Clare sent home are welcomed back and get another chance at finding love.

So, if we're lucky, Chris will return and share his belief that someday in the hereafter, all generations will bow in reverence and the heavens will hush when they learn you, me, Chris, Zach J, and Clare, lived through this season of The Bachelorette.