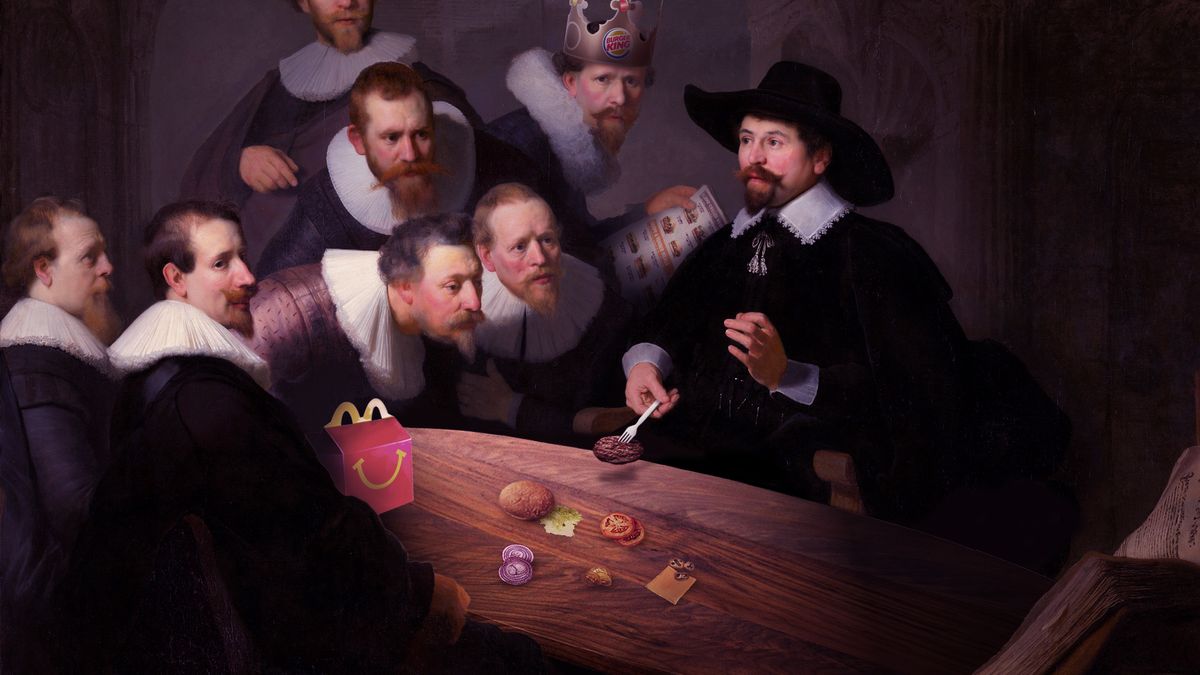 In this second installment of The Burger Diaries I bring you my reports on burgers from R&R, JCW's, Copper Kitchen, Seven Brothers, Burger Supreme, and Just Burgers.

I just...look. R&R was one of my favorite places to eat for a long time. But this most recent visit has me worried that a fun, local joint has fallen victim to the mediocrity franchising often causes.

I visited the downtown Salt Lake City location. I ordered the R&R Special. And I ordered chicken nuggets for my kids. One of those chicken nuggets was raw. Completely raw. Luckily I have a picky kid who carefully inspects all her food before she takes a bite. She found the uncooked lump of poultry hidden beneath the breading, so we avoided what could have been a terrible episode. But yikes.

I also noticed a number of surfaces that needed a good wiping, and I was asked three times what I ordered by the same person. So I was feeling a little salty by the time my burger arrived five minutes after my family’s food, and those negative feelings influenced how I felt about my food. Eating is emotional. And the way we feel about a food establishment affects how we feel about the food they serve. If the service had been impeccable, our table clean, and my kids’ food cooked, I might have loved my meal. But as it was, eh.

The R&R special is a hamburger served with bacon, blue cheese, and an onion ring. All I tasted was the bacon and blue cheese. And that doesn’t make me mad, but that’s not a burger. Some lettuce and a slice of tomato would have gone a long way in balancing flavors and adding color to a visually unappealing sandwich. That said, I thought about the sharpness of the blue cheese and crispness of the bacon for days after eating it. And the fries were thick, salty, and fried to a golden brown.
So I’ll give R&R another chance. I just won’t order the nuggs.

JCW’s is another Utah franchise with locations in American Fork, Lehi, Provo, South Jordan, and Herriman. Upon the recommendation of the voice behind the drive-thru microphone, I ordered the All-American. The All-American is a cheeseburger with mustard, ketchup, pickles, onions, lettuce, tomatoes, mayonnaise and American cheese.

Of all the burgers I’ve tried so far, the All-American tastes the most home-cooked in the best possible sense. The bun is nice and sturdy, the patty is fresh, and the lettuce and tomato as well as the fries taste freshly cut.

My burger was heavy on the mustard, which as a mustard fan I didn’t mind, but if you are even slightly mustardphobic I would be sure to specify light on the mustard or order it with no mustard at all.

This burger voyage has led me to some unexpected realizations, one of those being that while on its own American cheese is gross, on a burger it’s amazing. Because it’s mostly chemicals it melts faster than the core of Chernobyl’s reactor #4, and because it has no real taste it adds a creaminess to burgers without distracting from the taste of the patty. American cheese is expertly deployed on the JCW All-American. USA! USA! USA!

Eli, a fellow Beehive contributor, cohost of Hive Mind, coproducer of Strangerville Live, and my gay work husband, said the burger at Copper Onion was so good it made him cry. So I said we should go to Copper Onion together and he agreed. We checked our calendars and our significant others’ calendars and set aside a night. But when I went to make a reservation, Copper Onion was booked. So I made an executive decision and reserved a table at Copper Kitchen, the slightly more casual version in Holladay. I texted Eli about this slight change of places, and he responded with, “It’s not the same burger.” At first I thought this was an angry response and he was annoyed he would have to dine with me and not even get a tear-jerker burger out of it.

Turns out Eli feared in vain because the CK Burger was delicious. Did it make me weep? No. But to be fair, I am dead inside.

The CK burger is made with Niman Ranch Wagyu beef, duck fat aioli, caramelized onions, and iceberg lettuce. I added cheddar at an additional cost of $1.00.

The flavor of the patty is smoky and contrasts nicely with the lettuce. The real showstopper of the plate for me though was the parmesan fries. Lots of black pepper makes eating them an intense but not painful experience. Like if salt and vinegar chips dialed it down a notch. The fry sauce, or as CK calls it the “house aioli” is outstanding.

Seven Brothers is a new addition to the Utah burger scene with locations in Provo and Saratoga Springs. My mom and I took my three children to the Provo Riverwoods location on a weeknight, and finding a place for the five of us to sit was a challenge. I imagine it’s even more crowded on the weekend. They need more seating. Outside seating would be ideal.

But you’re not here for my yelpy hot takes on restaurant design. You’re here for my thoughts on burgers. Or you’re here because I bug you and this is a hate read, in which case, joke’s on you because a site hit is a site hit.

I ordered the Max Burger, which comes with grilled mushrooms, bacon, swiss cheese, and “Mushroom Madness Sauce.” I’m not convinced the mushroom madness sauce isn’t just Campbell’s Cream of Mushroom. And that’s fine, but call it what it is, you know?

The Max Burger is messy. I burned through a lot of napkins while eating it. I liked the bun, the bacon, and the mushrooms. I could have done without the Mushroom Madness Sauce. When I return, I will order a more traditional burger. This one felt like a soup sandwich. A pretty good soup sandwich, but a soup sandwich none the less.

The fries are cut like potato chips and I liked that. The smaller size allows for more flavor per fry. And cutting the potato hamburger length instead of hot dog length allows for more seasonable surface area.

When I returned from my LDS mission in Latvia, there was one thing I was dying to eat after 18 months of Eastern European cuisine (plain potatoes and beets) – a Burger Supreme cheeseburger combo.

I spent my childhood, adolescence, and college years in Provo, and frequented Burger Supreme through all of it. In high school my friends and I would park outside Burger Supreme, call the payphone just inside the entrance, and watch victims’ reactions as we told them outlandish stories. You'll be surprised to learn we were not the cool kids in school.

But I didn’t go to BS just for the hilarious pranks. I went, and still go, for the way the patty grease turns the shredded iceberg lettuce nice and salty, sesame seed bun, and no-nonsense fry sauce.

On my latest visit I ordered the bacon cheeseburger and fries. Also the fried mushrooms cause I was feeling WILD.

It’s exactly the kind of meal you want when you walk into a place like Burger Supreme, with its vinyl booths, formica table tops, and old carpet. It’s cheap and delicious. The bacon on the bacon cheeseburger is just the right amount of crisp. The fries are nice and thick. The fried mushrooms I’m pretty sure come pre-packaged but they were delicious so who cares?

Also, check out the size of lemon slices available for soda:

Wha-wha-wha-what?! A burger grill in a grocery store?

I know. I, too, did not know it existed until someone emailed to tell me about it, which reminds me: please email me about hamburgers you think I should try. This is an exhaustive research endeavor and I want to leave no hamburger unturned.
Just Burgers is like if the Harmon’s salad bar, which is excellent, was burgers.

There are four items on the menu: Hamburger, cheeseburger, chicken burger, and fries.

They grill a beef or chicken patty for you, with cheese if you like, provide the ciabatta bun and fries, and then you get to finish it however you like with the toppings and condiments provided buffet style. I opted for arugula, mushrooms, mustard, and fry sauce. It was delicious. The ciabatta bun is its defining characteristic. Like Madonna’s teeth. But it’s all good. And I like that I can have the burger just the way I want without turning into Sally from When Harry Met Sally. How many meals have I suffered through just because I was too embarrassed to ask for no mayo or extra fry sauce? Too many. Harmon’s knows and they’re here to help.

The fries are also very good. They are fried in beef tallow. Malcolm Gladwell spent an entire podcast episode talking about how good tallow is and now after tasting it, I get it.

Wish me luck on the next leg of this journey. I'll be reporting back soon.