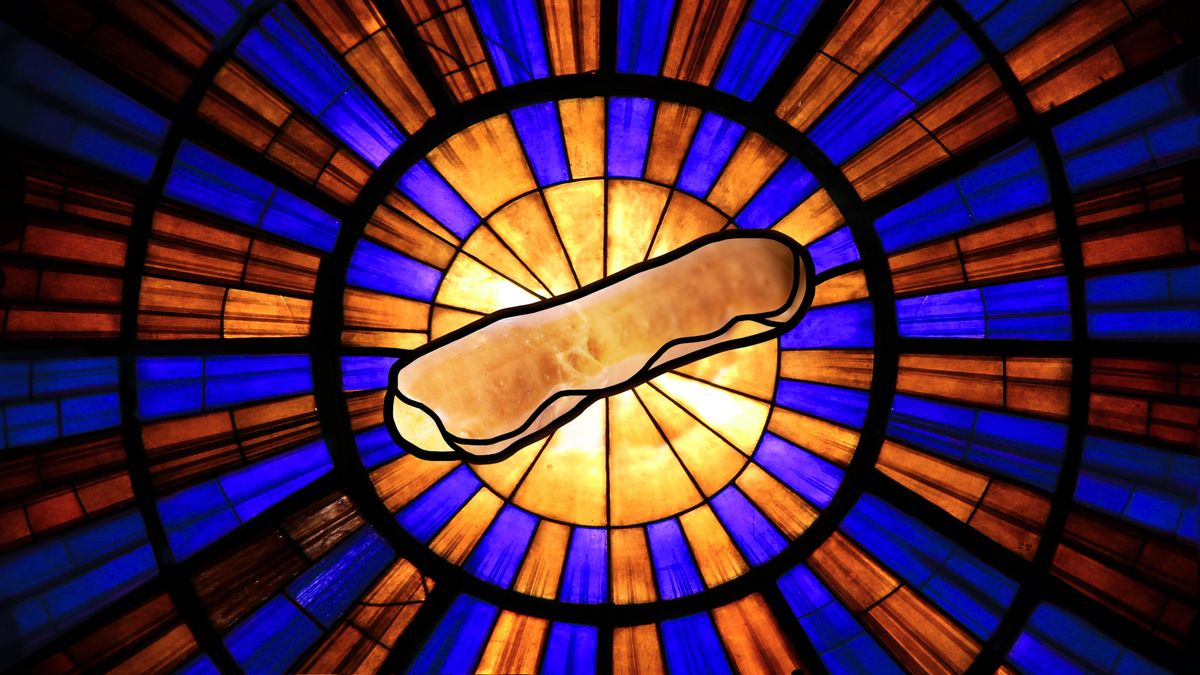 Fifteen years ago, divine inspiration occurred. Dean Wright — director of dining services at BYU and presumably acting on direct orders from god — placed virgin dough into a vat of oil and pulled out the world’s first Cougar Tail, a 16-inch maple donut born of a chef’s love and a university’s determined quest to abolish premarital sex. Like its spiritual predecessors, the Cougar Tail’s birth was trumpeted by angels and characterized by a seldom-used biblical term: immaculate elongation.

Students lost their minds. Rumors swirled of coeds creeping into Helaman Halls after midnight curfew, maple heavy on their breath, fingers slippery with grease. Dorm room sheets were smeared with the shocking excess of Cosmo’s pleasure. Marriage became an afterthought. Males and females alike scoured the streets of Provo, hungry youths straining for even a small nibble of the divine. Honor Code violations peaked.

Spiritual sickness infiltrated BYU football games. Fans refused to lower their Tails to shout “Rah-rah-rah-rah-rah.” Players were distracted by giant maple appendages, forgot play calls with each whiff of the deep-fried breeze. Opposing fans complained of alcohol-free policies and were silenced by the 16-inch power of Cosmo in their throats.

The frenzy eventually stabilized. Students acknowledged the multitude of ways one can orgasm outside marriage. The BYU Creamery was resurrected to nourish the afflicted with Graham Canyon. In a sign of the changing times, Provo spearheaded a state-wide push to have as many cookie/pop shops as citizens, offering sugary treats that carried neither the girth nor length of the Cougar Tail but all the lasting side effects.

Immaculate elongation is now recognized as the moment a two-sided coin — madness on one side, spirituality on the other — is flipped, balances on edge, and refuses to fall. BYU continues to champion the cause of moderation in all things. Provo has become a safe haven for elongated and abbreviated foods alike. And the Cougar Tail still exists in all its massive glory, a reminder faith can rise on any counter.