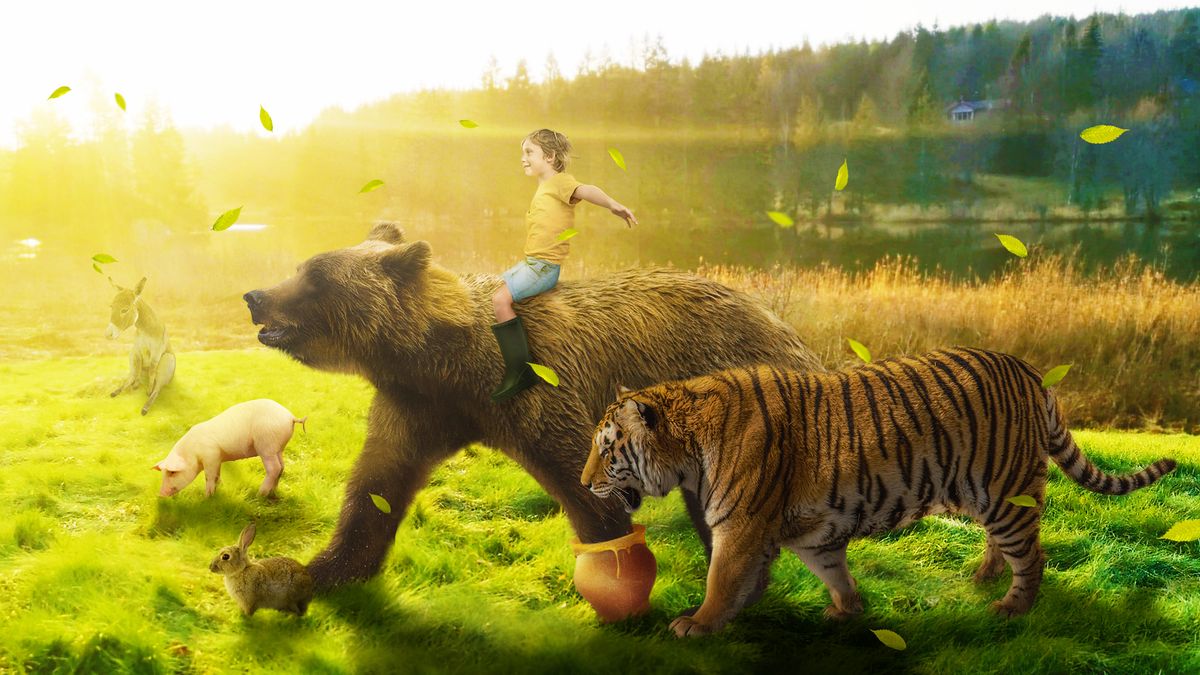 Workshopped titles included:
How to See Dolittle Without Dolittling Yourself — eliminated on terms of your dirty mind! How dare you go there.
A DoLOTtle Bullsh*t: Things I Mumbled Under My Breath During Dolittle
$175 Million: How Many Kids Could We Send to College Using Dolittle’s Budget?

One of my main tenets of parenting is that my children know we’re on the same team — that we’re in it together. This extends into the way we try to talk to each other, the way we treat each other, and frankly, what I subject myself to in the name of Being a Good Mom.

For example, I’m not going to force them to do something they absolutely do not want to do. And I absolutely am not going to have four hours of ambient Bo on the Go! turn their adorable little brains to mush, and importantly, turn me into a crazy person. I have to be able to keep a baseline of sanity in our household or it will be full-on Lord of the Flies in about half an hour. Oh great, the 18-month old has the conch.

I have some blacklisted shows and movies that my kids usually know not to ask for. Shows that turn us all a little manic. I already consume way too much caffeine, and the second I hear Puppy Dog Pals, I start to feel out of control like a sweatpantsed-top-knotted Ray Liotta in Goodfellas.

Originally announced in 2017 and released this January, it stars Robert Downey Jr., who is hardly recognizable amongst the beard work and a puzzling Welsh accent. It also features the voice talents of some of our greatest Oscar-winning actors hidden behind CGI animals making fart jokes.

The day I took my children to see Dolittle, it was out of desperation. The winter sun had been setting at 4:30 p.m., we hadn’t left the house other than school drop-off and pick-up in days, and popcorn seemed as good of a dinner as anything I was going to scavenge for at home.

I don’t often take my children to the movies because we live in an enlightened age of limitless at-home media access; but when I do, I like to set some boundaries as part of healthy parenting and self care. (I am a Millennial Mom, damnit, and I will simultaneously preach self care and wring my hands about achieving unattainable parenting expectations!)

Normally, I  only spend money on tickets and the obligatory accoutrements (read: popcorn and an enormous Diet Coke) for movies I want to see because I am 1. practical, and 2. a little bit selfish. But desperate times call for desperate measures, and the thought of my children contained and entertained for two whole hours overpowered my own good sense in the moment. Further, we had already seen Frozen 2 twice. And thrice seemed even more desperate than seeing a movie with 15% on Rotten Tomatoes.

I’d heard tales and legends of Dolittle’s poor reviews, and a not-so-small part of me had to see the dumpster fire for myself. And, folks, I can report from the frontlines that, indeed, it was bad. Having done some preliminary research, I came mentally and physically prepared for the worst. Because I am A VERY SERIOUS JOURNALIST.

At this point in a psuedo-movie review, I would normally tell you whether I liked the movie or not. It comes as no surprise that I . . . did not. So instead, I will leave you with some proven dos and (mainly) don’ts of taking your own brood to see Dolittle, or really, most kids’ movies. Or go ahead and do not treat yo’self and instead self-flagellate with a solo showing, if you like to engage in that kind of risky behavior. No matter how you proceed, do so with caution.

I brought my headphones and, of course, my phone, and some bookmarked articles I’d been meaning to get to. Sure, turn down your brightness, but don’t worry too much about disrupting others. This is a children’s film after all, and if other moviegoers complain, put in those Airpods and lean into the whole “unengaged parent” thing. People love that.

This strategy came in handy during the first 20 minutes of the film when RDJr.’s mumbling was so unintelligible I settled in to work my way through an Atlantic long read. The mumbling didn’t bother my children because there were also CGI talking animals in the frame, but for someone who watches everything with closed captioning on already, it was just too much.

DO go to a cheap Tuesday viewing.

This is a deal at many local theaters, where tickets are deeply discounted on Tuesdays, or another day of the week. Tuesday packs a particularly sad punch, as it is arguably the worst day of the week. Yes, worse than Monday. Search your heart, you’ll know it’s true. It’s more likely there’s nothing better you could be doing on a Tchhuuesday of all days.

God forbid you waste your day seeing Dolittle on a Friday evening or a precious Saturday afternoon. God forbid you find yourself on any other day but a Tuesday questioning the life choices that led you to — please forgive my frankness, but it’s simply my obligation to report the truth — watch Robert Downey Jr. pull bagpipes out a dragon’s rectum. I will say no more on the subject of dragons, their rectums, and bagpipes, but I urge you to never, under any circumstance, pay full price to see this film. Consider me the Suze Orman of bad movies.

DO take a nap, if that’s where your journey takes you.

I had my 4-year-old daughter snuggled up next to me, a rare occurrence, and our theater had those great reclining seats. I let myself doze off into a nice relaxing $15 nap. However, know that you will likely be startled awake at some point, or many points.

I was in the midst of said nap when, all of a sudden, I awoke to popcorn all over my lap and Dr. Dolittle giving a therapy session to a tiger. I don’t quite know how we got there or why, but I have a feeling it doesn’t matter anyway. And then a shaved-head Antonio Banderas popped up out of nowhere looking gorgeous as ever. But enough about me. I could be describing a strange Inception-style dream, but sadly no, my Dolittle truth was stranger than fiction.

DON’T try to figure out the plot.

It’s not going to make sense, and your kids won’t care. They like magic, animals, and blue humor. Don’t waste the hour after you get home trying to explain the plot conventions to a partner, friend, or even yourself. It makes less sense the more you think about it.

(I would offer a *spoiler alert* here, but honestly, it won’t matter.) You may find yourself lost, trying to figure out WHY THE HELL a fictionalized Queen of England is inexplicably part of the plot. (Update: Upon an IMDB search, this is supposed to be a hot Queen Victoria.) Or what purpose Michael Sheen’s character is serving. Which will then lead you down a rabbit hole unabashadley Googling what Michael Sheen has been up to in the ten years since he was Liz Lemon’s boyfriend Wesley on 30 Rock. May I remind you, phone usage is, if anything, encouraged under these dire circumstances.

You can leave that waayyyy behind, and if you have birthed children, you probably have from the first time you had to sit with your shirt on and no pants with a tablecloth wrapped around your bits on an exam table at an OB GYN office. (Shirt on, no pants? No pants, no underwear? No shirt, no pants, full gown? WHO’S ON FIRST?)

If Robert Downey Jr. himself let go of his dignity to participate — nay, STAR — in this film as the titular role, or any of the actors who were presumably blackmailed into signing on, you too should forego your dignity. What has led you to Dolittle is not a noble pilgrimage. It is one of despair, anxiety, unsolved mystery, and likely a rainy day with children to occupy and an attempt to avoid a full-on descent into madness.

If this is the path you are on, know you are not alone and at least one forlorn stranger has walked it before you. Those footprints in the sand? Those were mine — walking out of Dolittle with, sure, a little less dignity, but with happy kids who didn’t care that their mother’s brain was melting. Just that the animal flatulence and pratfalls made them laugh.

And if you’re still wondering how you can conquer this journey to Mordor and avenge your decency, I leave you with my final ‘don’t':

DON’T go. I’m giving you an out here.