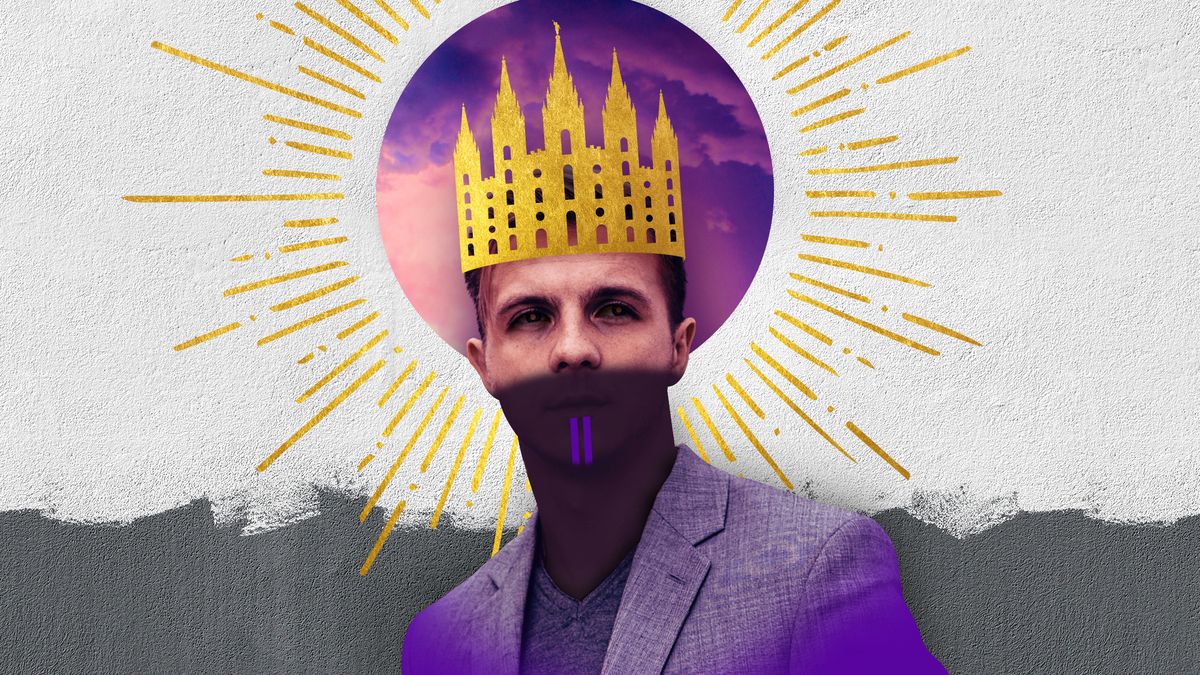 If you’ve driven any portion of the I-15 corridor in the last week, you’ve likely seen a billboard advertising an exclusive VIP event with an LDS Millionaire looking for his wife.

We Utahns have grown accustomed to embarrassing billboards that reference Kolob or home teaching in an effort to sell real estate or cool sculpting. And billboards that yell at us about Cosmo containing porn. So the fact we’ve all noticed and are talking about The LDS Millionaire ads speaks to how weird this whole thing is and how aggressive The LDS MIllionaire’s marketing team is being. I mean, it’s no Cavalia campaign, but there are eleven billboards advertising The LDS Millionaire, and lots of mortified drivers wondering who this guy is and why he's dragging all of us into his search for a wife.

The identity of the LDS Millionaire is unknown, but that hasn’t stopped over a thousand women from filling out the online application to meet him at the Exclusive VIP Event. My guess is that about five of those applications are from women trying to find a husband, twelve from women trying to find large sums of money, and the rest from women who are just in it for a free catered meal. Those numbers may not be exact, but one thing is for sure- all those women are going to get murdered at the hand of The LDS Millionaire. How do I know? I’ve been to LDSMilionaireMatchmaker.com and seen the horrors it holds.

Let’s start with the application:

The application is pretty standard to start. Though I would be interested to know if The LDS Millionaire will consider anyone who selects “male” for gender. That would make for a much more interesting dating competition- gays and girls fighting for a man. I feel like everyone would leave the experience the best of friends and The LDS Millionaire would remain single.

The LDS Millionaire then asks for three additional photos, because he knows we all have that one really good photo of ourselves we use for everything, and only truly hot people, the kind of people he hopes to murder, have a selection of smokin’ photos to choose from. I’d have to go back at least a decade to scrounge up four photos that might make a millionaire consider inviting me to an exclusive VIP event and/or murder me.

The LDS Millionaire then asks applicants to select their ethnicity, even though they’ve already submitted four photos of themselves. I guess so he knows exactly what kind of skin suit he’ll be able to fashion after the murder:

The LDS Millionaire also needs to know what size of skin suit he’ll be creating:

The LDS Millionaire would like to know how many people will come looking for his victims, so he asks about the applicants’ families and relationships.

Then things get really weird. The LDS Millionaire wants to be sure his victims will go to heaven in accordance with Mormon doctrine after he murders them, which is considerate I guess:

This is tougher than the body type question, because one person’s Very Active is another person’s Not Active. For instance, I had a mission companion who emailed home a photo of the two of us together. In that photo I was holding a Diet Coke. Her mom responded saying, “I can’t believe they let Jack Mormons like your companion serve missions.” So.

The LDS Millionaire asks a few questions about the applicants’ personality, interests, and preferences, because if he seems considerate his victims will never see it coming. Like the scientist who buys the blind lady oysters in The OA.

Still not sure The LDS Millionaire is looking to slaughter a bunch of women? Let’s look at the  “A Unique Opportunity” page of www.ldsmillionairematchmaker.com:

This is a photo of a serial killer trying to dress like a hipster. Swap out the flowers for a dagger and you've got the cover of a horror paperback.

So 20 women will be selected to show up at an undisclosed location, where there will not be any cameras, to meet a man whose name and face are unknown, and have a “unique experience." Look me in the eyes and tell me that's not 100% ending in mass murder.

If you’re still not convinced that this is some twisted version of The Most Dangerous Game, allow the FAQ page to change your mind:

Also if they told you, you might tell a jury.

It’s not an experiment or a contest because it’s dazzling murder.

I’m not saying all men ages 31-45 are serial killers. Just the ones who refuse to share their identity and who invite women to secret locations for nights of intrigue in an interactive setting.

The truth is though, I’m dying to go to this exclusive event. Even if it means literally dying, because I need to know who this guy is and it includes a free meal, So if anyone has four very hot photos I could borrow, that would be great.