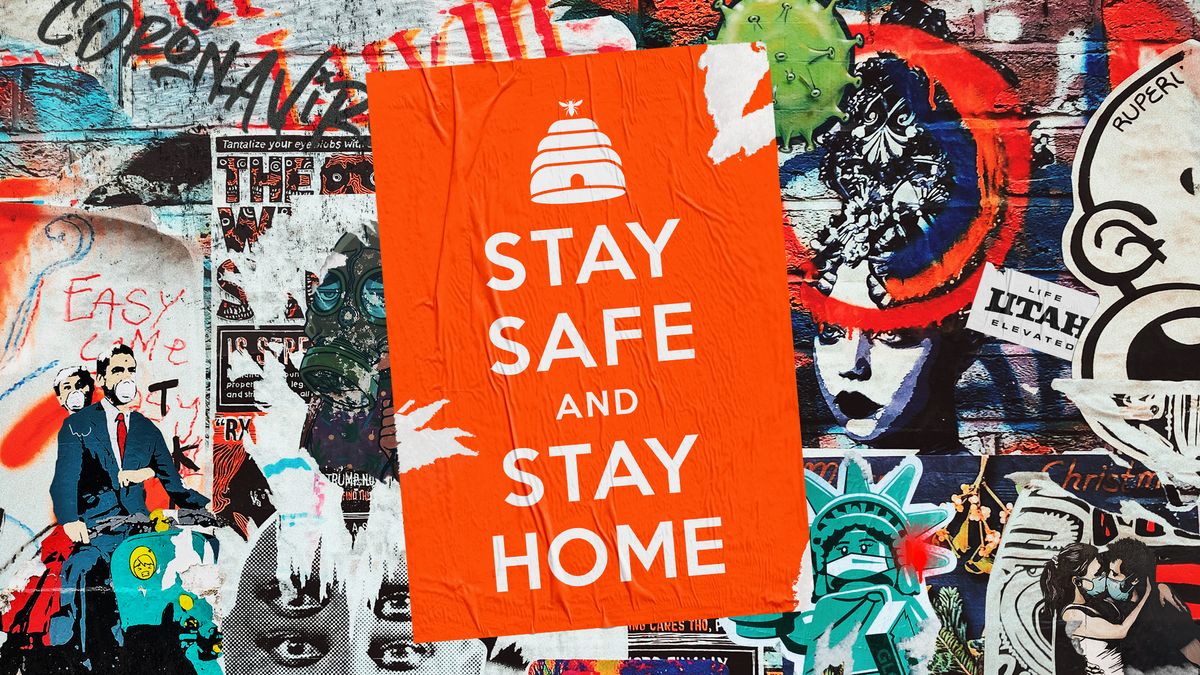 On first viewing, I was deeply embarrassed by this video which reflects poorly on our entire state.

But on the second and third viewing, I started to realize it's a bit of a mess. And every time I’ve watched it since, this video has given me some of the hardiest LOLs I’ve had all quarantine.

But she does not tell us why. And I’ve now spent too many hours trying to figure out why Kayna Whitworth traveled to Washington City, Utah. My working theory for a while was that it was some sort of Sweet Home Alabama/Hope Floats situation wherein the big city girl must return home for some dumb reason and goes full Jane Goodall on the country bumpkins who still reside where she grew up. But the internet told me Kayna is from Colorado, not southwest Utah.

So maybe it’s just as simple as Kayna being stationed in LA, and Washington City being the shortest drive to a location not under a stay home order.

Kayna starts her segment by claiming the roads in Washington City are “jam-packed.”

Then Kayna accosts what I assume are a mother and daughter loading groceries in their car:

Kayna, who herself is not wearing a mask, asks if they feel safe without masks or gloves. And I bet they were feeling safe until a random person with no mask and a microphone got closer than six feet to aggressively question them as if they were a corrupt governor walking out of a strip club. Masks and gloves aren’t particularly easy to come by right now. Sure, the CDC said we should all wear them, but failed to provide any. I ended up sewing my own mask and it took a big chunk of time. I’m lucky I have a sewing machine and lots of fabric leftover from a brief fling with running an Etsy shop in 2015.

THEN. Maybe in the same parking lot, maybe in a different parking lot (there are a lot of parking lots in this report), Kayna talks with some locals about their plans for the day.

“So you guys just invited me to come party with you,” Kayna says. (Nice flex, Kayna).

The Seagull Book and Tape in the upper right corner adds a very specific Utah flavor to all of this.

I have so many questions. This is your routine? WHAT IS YOUR ROUTINE? When you invited Kayna to come party with you, what exactly, were you inviting her to do?

Eat Fritos outside of a Philips 66? At noon? While listening to the 1986 Steve Winwood classic “Higher Love”?

Are you here all day? Every day? Are you employed? Is this your job? How do I get that job? And what did you do to your truck?

Kayna mentions that in this same parking lot there’s a cigar shop open while the camera lingers on the only humans near any of those shops, these two children who are hopefully not buying cigars:

The look on the face of the kid wearing red tights is the look of someone who has heard their dad give the same “Don’t be a sheep,” speech too many times.

After getting a lesson on sheepherding or whatever, Kayna visits Lacey, who owns a barber shop:

Do we think that Lacey’s salon doubles as Gaston’s den at night?

Lacey says what we’re hearing from many business owners. She’s concerned about the survival of her business and that’s why she’s still open. Valid points. What really makes this interview shine though is her friend in the foreground, nodding and chewing gum, never muttering a single word.

Then Kayna explains that while most restaurants and retailers are offering curbside service only, Joann Fabrics is still open and allowing 20 customers in the store at a time, so there’s a line to get in.

Yeah, Kayna, people are going to Joann Fabrics because people need fabric to make masks. PEOPLE DON'T JUST HAVE MASKS. Also, look how well they are are social distancing!

“People here are moving around quite freely,” Kayna says while showing footage of an elderly man barely able to hobble with a cane:

“I think for a lot of people in Washington City, their lives haven’t changed that much,” Kayna says.

“Agree. I agree,” says this guy zooming in from the worst possible angle:

I’m sorry, but WHO THE HELL IS THIS GUY? Why is he here? There’s no title listed and no explanation given to provide context for who this guy is, why his opinion matters, or why we’re looking up his nostrils.

Then Kayna explains that Utah is one of nine states without shelter at home restrictions.

And yeah, that’s not great for a lot of reasons, but perhaps the most compelling argument for enacting a shelter at home order is that it will keep hotshot reporters from visiting our small towns and painting the picture that Utah is made up of a bunch of yokels with a love for soft rock classics from the eighties, personal policies about livestock, and complete disregard for public health.

And that portrayal is not really fair. Because everyone I know in every corner of the state is doing everything they can to stay home and stay safe. But those people are at home, not hanging out in parking lots, and so were not interviewed for this segment.

At the end of the video Linsey Davis calls the report “eye-opening,” and I agree, but not for the same reasons. For me this report illuminates how many people in parking lots you can find willing to say wack-a-doo things, and call it news.