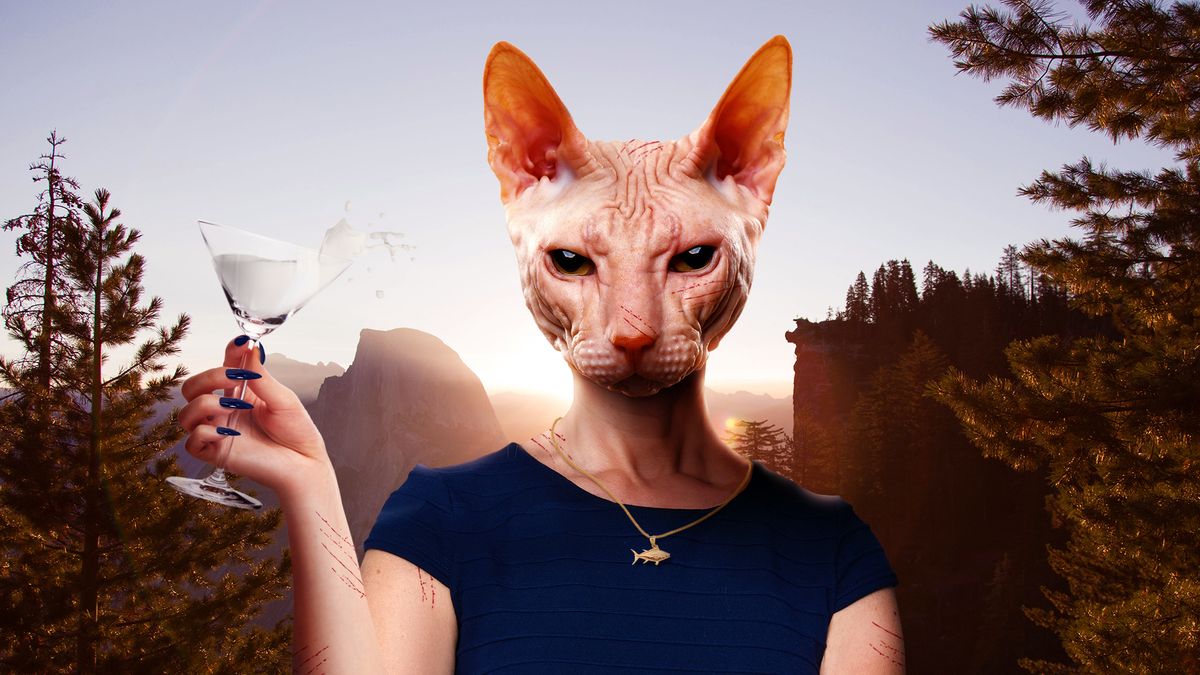 Phones across the state buzzed with group text notifications all weekend as news spread that the Real Housewives Franchise is coming to Salt Lake City.

After the initial shock/excitement/terror wore off and the dust of BravoCon’s big announcement settled, we were all left with three main questions: Why Salt Lake? WHO? And what does this mean for those of us who live here? We’ve had a few days to process, speculate, and research, and we now have at least partial answers to all three .

Why is the Real Housewives Franchise coming to Salt Lake City?

Because Bravo got wise to what we’ve all known for a long time--there lives here in Utah a community of gorgeous women in high-power positions with social media followings that rival celebrities’. If the term “influencer” wasn’t born here, it was certainly made prominent by the fashion and mommy bloggers with their OOTDs, room reveals, and sponsored posts. Really we’ve all been watching The Real Housewives of Salt Lake City play out on Instagram for the last ten years.

These lifestyle bloggers turned Instagram models turned fashion moguls have thrown elaborate events (remember the yogurt party sponsored by Yoplait?), feuded (we’ve all heard the stories from our friend who has a friend who is friends with one of these women), filmed Alice Lane closet installs, and had public meltdowns. We’ve spent untold hours tapping our way through their stories and screen-shotting their posts. It’s surprising it took this long for a camera crew to show up.

While the Housewives cast may not be the already established influencers of Zion, we have those influencers to thank for showing the world that there are women in Utah willing to go to any length for content.

Who is going to be on Real Housewives of Salt Lake City?

I mean, I guess there would be some drama in watching a mom try to parallel park her Subaru on 300 South. It usually takes at least seven tries and always draws a crowd, and what is RH if not a space for women to make spectacles of themselves? And sure I drink a lot. Of Diet Coke. But I’ve never thrown my Maverik 44oz in anyone’s face. And really, I just don’t think Bravo viewers are interested in watching a group of women in variations of the same Patagonia jacket get together in their xeriscaped yards to talk about their favorite Brené Brown books and RadioWest interviews, which is one hundred percent what happens at every gathering of SLC moms.

The Housewives are sure to be women of the sprawling suburbs of Salt Lake proper and beyond. They dwell in the land of marble kitchen islands, vaulted ceilings, and yards with sprinklers that actually water the whole lawn and not just one corner while the rest of the grass burns to a crisp. They wear heels because the sidewalk is not 70 years old where they live and there's no danger of tripping on surprise tree roots. They drive giant SUVs because the lanes are wider than dental floss. If two cars are driving in opposite directions on my street, one of them has to pull over to make room for the other to pass.

Of course to those outside of Utah, Salt Lake means anywhere from Saint George to Idaho Falls. My guess is we’ll get Housewives from Provo to Bountiful. And that’s just fine. What’s not fine is if the entire show takes place in Park City.

People who own a cabin in Park City and fly in for ski weekends are not real Utahns. If you’re not chewing the valley air January through April, you can’t call yourself a citizen. You suffer with us or you’re not one of us. This is the hill I will die on. Or die looking up at, I guess.

I know one cast member’s name for sure. The Housewife herself has confirmed she’s on the show, and as far as I can tell it’s her immediate social circle who will be the focus of the series. It is not the cast you were expecting, meaning it is not the influencers who we all know and...well, know. At first glance this feels like a missed opportunity. But our resident Housewives historian Lindsey Encinas explains why it’s the right move for Bravo: “Housewives, above all, is a brand and I think they’re trying to keep that brand separate from pure influencers.” The already established influencers don’t have much to gain from being on the show, and the network execs know it’s easier to make fresh talent a part of their brand rather than try and transform someone’s already established presence.

The name we know is that of a Draper woman with a thriving business and a reputation to build. Becoming a Housewife is the smart career move for her, and making her a Housewife is the smart move for Bravo. She’s on the cusp of stardom and her relationship with the show, which will push her to the next level, will be mutually beneficial as the franchise gets to share her brand. I assume the same is true of everyone on the rumored cast list circulating through Twitter DMs. Being on RHOSLC will allow these women to let America know who they are on their own terms...somewhat. Lindsey explains, “I legitimately think it gives women a chance to play many different roles, unlike almost any other arena. They can be messy and mean and kind and soft and mothers and sexual beings and over the age of 35 on television.”

So while we were all expecting RHOSLC to be about our most notorious self-promoters and may feel disappointed that’s not what’s happening, we should be excited to hear stories from women we haven’t heard stories from before. If their Instagram feeds are any indication, those stories are going to be wild and told through a fair amount of lip filler.

Okay, but what does any of this mean for you and me and the average Utahn?

When Real Housewives comes to SLC, things might get uncomfy for a minute. The Mormons In Media Instagram team said it best:

Some of us lived through the 2012 election and have residual trauma after the national spotlight was shone, not always kindly, on our culture. The thought of enduring all that attention and all those polygamy jokes again, this time at the mercy of a network built to exploit drama, is A LOT.

Housewives head Andy Cohen said a few things in his announcement that caused some collective anxiety. Like:

I mean sure, my people should have a real conversation about our fixation on perfection. I’d just prefer that conversation not be had on basic cable. But it has to start somewhere, and maybe it’s not the worst thing if this show is what it takes to get us talking. We should pop open the hood and take a look at what’s going on in our culture every once in a while. Like Lindsey says, “Mormons and Utahns as a whole can be good and bad and everything in between—obviously. There’s so much nuance and color because it really is a culture unto itself. I think it will be good for America to see that. It will be good for us all to see that so Utahns can evaluate what kind of dynamic culture they're creating...to lay it all out will make people face the complicated values that Utah holds — for both those inside and outside of Utah and its culture.”

It’s not always a bad thing to have uncomfortable conversations if it causes us to reflect on why, exactly, we have more drive-thru soda shops than Starbucks, or why there are clothing retailers with the word “modest” in their name, or why frog-eye salad is a thing, or why our main freeway is lined with billboards advertising cool-sculpting and breast implants.

At the very least America will get to know Utah a little better and some misconceptions could be corrected.

Plus, this whole thing promises endless entertainment. I can’t wait to watch Housewives Housewifing in their athleisure and Louboutins all around the Wasatch front. And I can’t wait to lovingly recap every episode. So stay tuned.