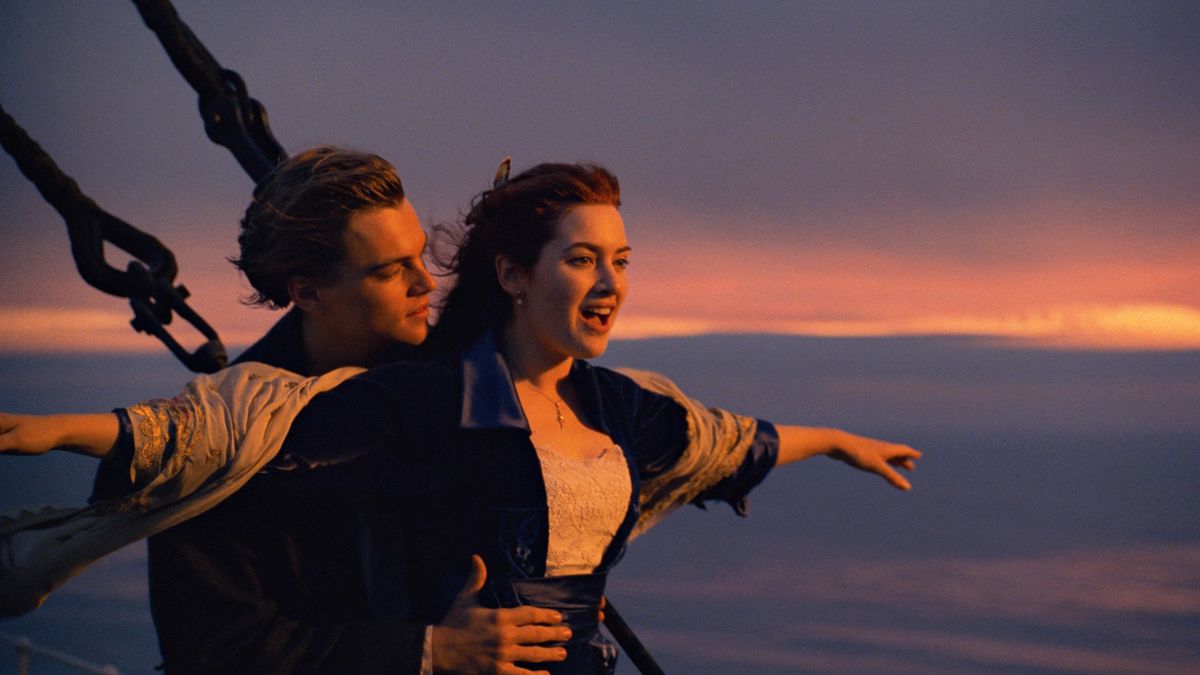 “Your mother and I have discussed it and we’ve decided you can see the movie, but we are going to go as a family.”

My father issued the decision in the tone of a president contemplating war. My mother nodded slightly as he spoke, her lips pursed, her hands resting dignified on her lap.

This was 1997. I was 12. My three sisters and I had responded with great trepidation to the call from my parents for everyone to gather in the living room.

Not the family room, where casual nonsense took place.

Not the kitchen, where crumbs could have undermined the gravity of the conversation.

The living room. Where important meetings happened. Where people from church were sent to sit and wait when they visited unannounced. Where the results of parent-teacher conferences were discussed. Where the dusty piano adorned with a stiff green hymn book stood propped against a wall below a large family portrait that worked as a residents roster for guests’ reference.

And, on this day, the one in 1997 when my father was presidential, it was the place where my parents would tell us whether we were allowed to see Titanic.

We had begged them, each of us in turn, like we had assigned ourselves shifts, to let us go to this movie.

“All of our friends have already seen it. Even the Winders have seen it,” we lied.

The Winders had not seen it. They didn’t even have a TV and they were home-schooled because their parents didn’t want them to learn swear words. It was a risk to make this kind of bogus and implausible claim, but we figured it would be persuasive, and our parents were unlikely to do any fact checking because that would require them to talk to the Winders’ parents, who were weird.

Several of my friends were engaged in similar negotiations with their own moms and dads. It seemed every house in the neighborhood was engulfed in rigorous soul-searching and dead-ended dilemma over what to do about the titanic Titanic problem.

Our church leaders had told us not to see R-rated movies. That was a relatively hard-and-fast rule, easy to understand, and broken exclusively under  the most special circumstances. Circumstances where, for example “it’s only rated R because of violence,” as was popularly the case for such flicks as Last of the Mohicans and Air Force 1.

But apart from violence, tolerance of “adult content” was low in our neighborhood. Overuse of the F-word or a flash of nudity or sex was grossly more appalling than two hours of people brutally murdering one another in my community whose number one religious rule was to love one another.

That dynamic perhaps sheds some light on why a state that drags its feet on addressing gun violence recently had a panic attack and took immediate action when sexual innuendos were printed on condom packaging that was only ever going to be seen by interested adults.

In any event, what made the Titanic conversation so complicated was that it wasn’t rated R. It was PG-13, normally a green light for 90s Mormon kids. Unless you were the Winders.

But Titanic was different. It had something other PG-13 movies didn’t have. Two things, actually.

I’m referring to boobs. That was a joke about boobs. Because there were two of them in the film.

Kate Winslet’s boobs were a game-changer for Utah cinema in 1997.

“Now they’re ruining PG-13s?!” A friend’s mother rhetorically asked while I was on a sleepover at their house around this time. “Nothing is safe anymore!”

“A whole scene where a woman is topless and a man draws a picture of her!” I heard a woman at church say in exasperation and disbelief to a group of other women shaking their heads as they stood in front of a large painting of a man whose limbs had been tacked to a cross with thick nails dripping with blood.

Titanic had recently been released. Word of the artistic nudity had already made the rounds through my church community. Parents were split on whether the historical value of the film outweighed the corrupting sexual influence.

My parents decided it did, but only if they were there to block my eyes at the right moment, which is why they required we see it only with them sitting next to us.

They weren’t quite as worried about my sisters. My sisters’ minds were unlikely to rot at the sight of female breasts artistically rendered. But they did not want me to be exposed to silver screen skin.

“I’m just interested in the history,” I truthfully told them as they skeptically looked at me. “I don’t care about the nudity.”

“Well then you won’t mind if we cover your eyes during The Scene,” my mother challenged me.

“Dear God please do,” I felt and nearly thought.

The next Saturday we arrived at Movies 9, just one mile from our house. “Six for Titanic, please.” My father said it, decidedly unapologetic. The teenager behind the glass counted out six tickets and slid them through a slit at the front of the counter. I wondered whether his parents were as cool as mine as I tried very hard to look unfazed by the fact that adults had publicly decided I was mature enough for seedy cinema.

My sisters and I could hardly contain our excitement.

No, none of us had any particular interest in the famous ship or in period films in general. And while we weren’t interested in seeing the boobs, either, I guess if I’m being honest I would have to admit the boobs were sort of the reason we wanted to go so badly. The movie was a taboo in our neighborhood. Other kids bragged when the dam of their parents’ resistance had broken. We didn’t want to be the last weirdos on this quest for access to adult content.

The irony is that I nearly wasn’t allowed to see it because of the boobs, but now that I think about it, it’s quite likely I would have never seen Titanic if Kate Winslet hadn’t stripped.

The first hour or so of the film was less interesting than I expected. Just a lot of rich people in hats talking about jewels and paintings and going to America. I mean, there was Leo, of course. So it wasn’t a total waste of time.

In nearly the first scene of the movie Leo’s hair fell over his eye and something in my brain permanently broke.

“That is how a person should look.” I thought. “That is exactly the right way for a person to look.”

I spent most of the rest of the film stuck somewhere between hating Leo with a fiery hormonal rage that I could have never possibly been able to explain and hating Kate for touching Leo who very much belonged to me.

And then she said it. It caught me off guard, actually. I had been so enthralled in the forbidden love, Leo’s eyes, the drama of it all, that I had forgotten we had a mountain to summit. Two, actually. That was another boob joke.

“I want you to draw me wearing this. Wearing only this.”

My parents looked at one another and nodded as if to say “in your positions!”

Suddenly my mother’s left hand was fully gripping my head, her thumb and middle finger digging into each of my temples. My upper face was mostly covered, besides a small gap between two of her fingers that left just enough space for a blurred peek through my left eye.

My father had directed my sisters to put their heads down. “I’ll tell you when you can look again,” he whispered.

We didn’t protest the censorship. This had all been carefully negotiated beforehand, and while we had lied about the Winders, we still treated the general process with some integrity.

Kate was in a robe now. I could just barely make it out. Leo spoke with her. At least I could still hear his voice.

Suddenly she unveiled herself. The theater was silent.

There, right on our movie screen, in a PG-13 film: BOOBS.

Jack drew as music played. Kate asked him whether he was blushing. Lord how I wanted an unobscured view of him blushing.

The hand eventually came off of my eyes. The deed was done. I had hardly seen it. The parents had mostly succeeded.

The Titanic broke in half.

Some violins played a song I heard in church.

Kate let Leo go. We all cried as the perfect human specimen floated downward into the icy abyss.

An old woman tossed a priceless diamond that could have sold for enough money to feed a starving nation into the ocean.

The next day I sat down next to my best friend Sam at church.

“So?” he whispered, his eyes wide open, his right palm slightly outstretched and facing upward.

“My mom covered my eyes but I could still kind of see it. It sort of looks the same as when a man takes his shirt off but, like, jigglier.”

(Check out our irreverent review of Titanic on Hive Mind.)