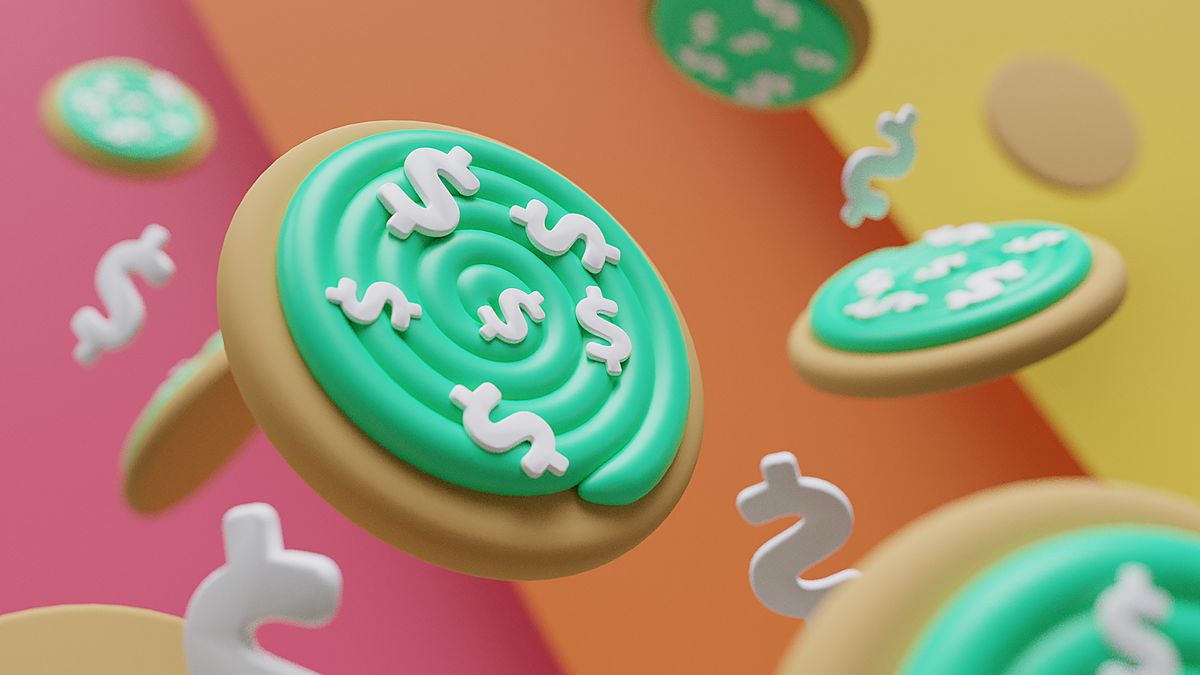 The more I think about it, it’s about the box. The first time I tried Crumbl Cookies a few years ago, my friend and I were getting together and she brought for us to share that box with four enormous, elegantly extravagant cookies inside. But it wasn’t the cookies I remembered later. It was the box.

Millennial pink, slender like a mannequin, with sleek yet cutesy san serif font. Glossier and Crumbl have basically the same branding, and that feels right. Dewey and delicious. Thin, but indulgent. It’s about vibes, baby. Crumbl’s “History” page says of The Box: “Recognizable and Instagrammable, perfect for posting that sweet Crumbl review, boomerang, or photo on social media!” (The exclamation point is haunting me.)

Crumbl cookies are made not to just be eaten, but to be shared—gastronomically and digitally. Their website is clear: “Delicious, unique, and tech-driven. Every Crumbl operation is backed by slick, smooth tech . . .” The cookie was made for the tech, not tech for the cookie. Part of what has made Crumbl so successful is its “rotating flavor drop model” that debuts limited edition, original cookie flavors.

This strategy has taken on a life of its own.  On TikTok, #crumblreview began trending organically. Crumbl calls the strategy, “hype cycle marketing.” Crumbl HQ is extraordinarily good at this type of marketing. So much so that one might think Crumbl is a marketing company that also sells cookies. And the cookies are good! I’m not here to yuck anyone’s yum.

For as *so very online* as Crumbl’s cookies are, so are its people. As with most things, there is a robust Reddit community that engages rabidly about Crumbl. It’s mostly reviewing and obsessing over new and tester cookies, but also airings of grievances. One Redditor wrote about Crumbl’s Instagram account, accused of deleting negative comments: “It’s all yummy and cookie emojis until you insinuate they should use semisweet chocolate chips.”

Co-founder Sawyer Hemsley himself has gained a reputation online for some less-than-savory incidents including but not limited to hosting an in-person, mid-pandemic corporate holiday party in December 2020 and individually calling out content creators like @cookingwithKarli who have added to Crumbl’s popularity through their Crumbl reviews on TikTok.

But despite—or in spite—of all that, you probably have a Crumbl franchise being built near you as we speak. Crumbl Cookies was founded in 2017 in Logan, Utah by two cousins, CEO Jason McGowan and COO Hemsley. Less than five years later, Crumbl has expanded to 428 locations in 42 states. They anticipate 600 by the end of the year. From Cache Valley to sea to shining sea. In just the last year, five locations in my area have opened their doors to let the smell of freshly baked cookies and money waft out.

428 Crumbls (Crumbs?) feels crazy. Am I wrong here? If you had asked me how many Crumbls are operating in the wild, I would have said 428 as a joke number, but that’s my problem, not Crumbls’. Why are there not one but two locations in Nashua, New Hampshire? Again. Not my problem. And why should I be so surprised? Utah has a long history of successful entrepreneurship and innovation. Thanks to Utah and its people, we have the television, a small (and sparkly) army of Dancing with the Stars pro dancers, and Jen Shah. And thanks to Crumbl, Cache Valley can add more than squeaky cheese to its list of exports.

Other Utah-born franchises that have expanded outside of the state are Arctic Circle, the self-proclaimed inventors of fry sauce; Kneaders, which begs the question: what if you could eat unlimited French toast in a Homegoods?; and Cafe Rio—a restaurant at which one can experience the full spectrum of human experience while eating a sweet pork salad. Desire. Ecstasy. Gluttony. Sugar sweats. Regret. Godly sorrow.

Arctic Circle and Kneaders operate almost exclusively in the West, and mostly the Mormon corridor. Cafe Rio has 11 locations in the DMV, greater Washington metropolitan area. I have eaten at one particular location in Northern Virginia several times and every patron looks like a Utah expat on their way home from a church meeting. It still feels homegrown. The local teenagers working there don’t get it. Clearly they have never stood in line for 20 minutes at the University Parkway Cafe Rio in Provo to witness a wizard assemble a custom burrito in four seconds flat. They haven’t seen the things I’ve seen.

What’s different about the Crumbl locations I’ve been to outside of Utah is that people get it. Sterile touch screens. Six last-chance decadent cookie options. Easy delivery. The pink box. What’s not to get?

There used to be an American monoculture. Like when everyone watched the Friends series finale, shopped at The Gap, and The Lord of the Rings: The Return of the King won the Academy Award for Best Picture. Now there’s too much to watch, too much to read, too much to listen to. You can find anything you want, and a lot of what you don’t. Our eyes are bigger than our stomachs.

The new American monoculture is an insatiable hunger for content. There is an appetite for algorithm. Crumbl geniusly bakes that together with a longing for the smell and taste of creature comforts—cookie comforts—and places them in a pink package that’s pretty enough to post. In a post-but-not-really-post-Covid world, it’s the athleisure you can eat.