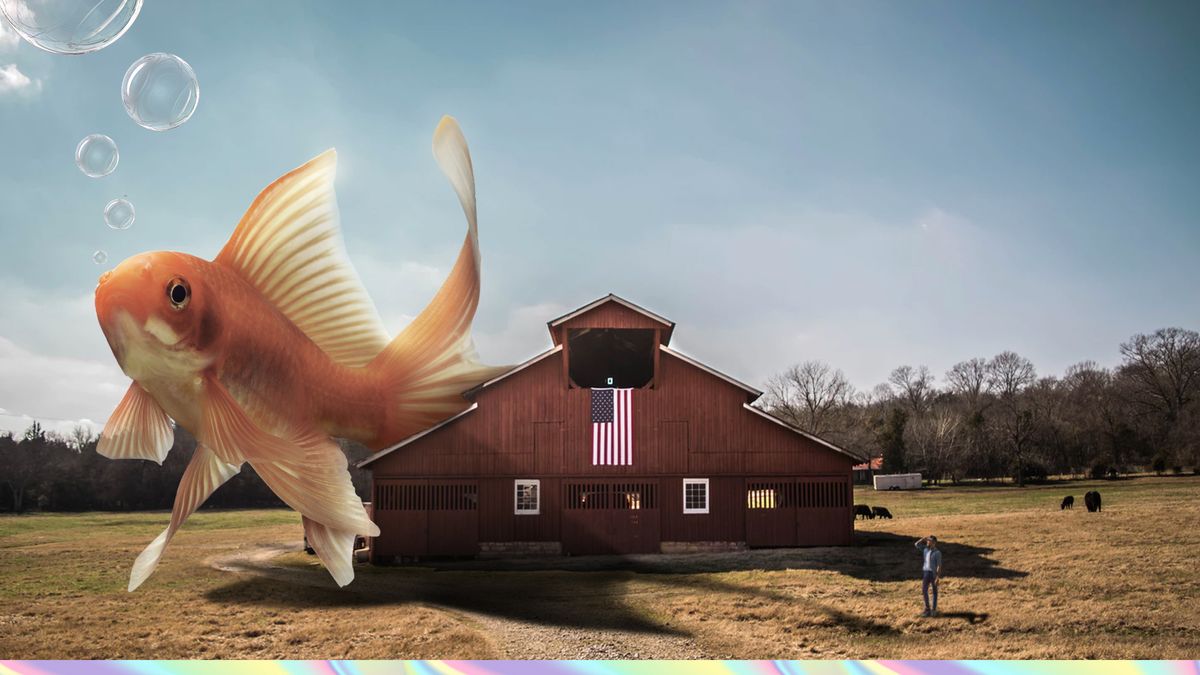 The NBA season is nearly upon us — let the musings begin. “While reading Meg’s recap of the comedy/horror Trek The Movie, I came to a startling realization: Grayson Allen is the main character Tom. I don’t know how this happened — much like Trek in general — but I know it’s truth. Grayson Allen tripped anything that moved in college, a move only someone wearing an ‘I don’t give a rat’s ass’ t-shirt would try. He grooms his hair in the most dickish manner — rolling blonde wave — and there’s no real difference between being paid millions of dollars to ball and wandering around a Wyoming dust-patch with a fake case of chlamydia. Will it shock me if Allen shows up to Utah’s season opener against Sacramento pulling a handcart filled with fresh-cut grain? No. Will I be confused when Allen warms up wearing a red flannel shirt, pointy brown boots, and wide straw hat? No. Will I be surprised when Allen trips Buddy Hield and tells him, ‘That isn’t pain, pain is getting lost on a backwoods trail, having to burn everything you own, and listening to an impromptu rendition of ‘The Spirit of God?’’ No.”

People drove 500 mph in a car and that’s not even the most amazing thing about this story. The feat was performed by Team Vesco, a Rockville-based racing squad owned by Rick Vesco. After peaking at 503 mph on the Bonneville Salt Flats, Rick said this: “No one has ever done it. Five hundred miles an hour. People around the world, we’re getting telegrams right now and everything else about this thing and it’s neat. It’s all been worth it.” Um….telegrams? People are sending telegrams? And others are receiving them? Is this some strange subreddit community where people get their jollies from 200-year-old forms of communication? Can we join?

Goldfish have taken over a Utah lake — and state officials are fighting back (Paighten Harkins, Salt Lake Tribune)

Our worst fears are confirmed — goldfish are taking over. We thought they were innocent creatures. We assumed they would be content to nibble at small particles of food inside glass bowls and continue as the world’s most unexplainable, useless pets. WE WERE WRONG. Their takeover begins now, at Payson’s Maple Lake, where goldfish are reproducing with the recklessness of aquatic polygamists, bullying trout, and not cleaning up after their meals. Who will save us from impending doom? Is there a future where we eat food while living in glass bowls and smug goldfish make fun of our useless nature as pets? IS NOTHING SACRED ANYMORE?!?!?

TJ and Shaylee Voss are the world’s most motivated people. For three straight years, the Voss’ have decorated their yard with skeletons that change on a daily basis: one day an undead church, the next a morbid barbeque. We struggle to put out a newsletter once a week and this Layton couple is putting in daily work for nothing more than thank you letters. Honestly, we’re just ashamed of ourselves at this point.

Joe Ingles is a lovable math teacher who doubles as an NBA sharpshooter. How sharp, you ask? “Ingles is the only player to shoot at least 44 percent from beyond the arc in each of the last two seasons.” Push up your glasses, math nerds — that’s better than Curry, Thompson, Korver, Redick, and Durant. The league laughed when Ingles showed up with a ruler and TI-84 graphing calculator, now he’s laughing while marking everybody’s assignments with bold red F’s.

Chris and Meg discuss a toddler cash mishap, a would-be assassin who got tired, a city official with questionable expense reports, and a goldfish infestation.