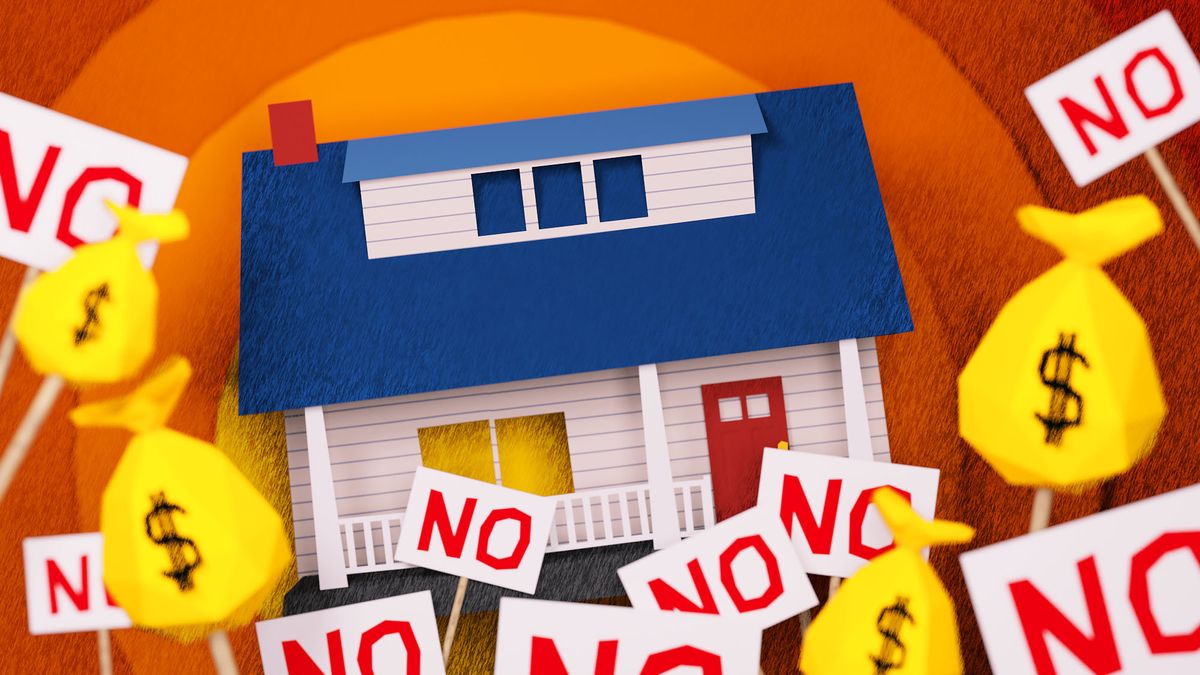 At the time I was making $50,000 per year, and my wife was not working. After paying the mortgage we had plenty of money to walk a block to the grocery store to buy snacks and bring them back and eat them in the small but functional kitchen. The backyard had some fruit trees and the neighborhood was pleasant.

If Zillow’s “Zestimate” is any indication, the same house is now worth around $415,000. Interest rates have fallen since we owned it, but even so a mortgage would be well above $1,500 today.

In the last year in Utah (as of the time of writing this), the Zillow home price index has risen 28.5%, to $493,221. If you have owned your home in Utah for more than a year, it is probably worth a lot more than you paid for it.

That probably feels good, if a little weird. After all, you merely lived in it and it’s worth 28% more? How wonderful and strange to make money in your sleep. But is it a good thing for housing prices to rise like a soaring technology company stock, humming along at a 25% clip each year?

One catch is that your kids and their friends, your colleagues who have outgrown their apartments, and anyone who waited an extra year to get ready to buy their houses are scrambling to find a place to live that they can afford. Wages are not rising 28.5% yearly to keep up.

We know that housing price growth is almost entirely a function of supply—if you don’t have enough housing for the demand, the prices rise. If almost no homes are on the market, as we have experienced in the last year, prices rise a lot. On the other hand, if we build more housing, prices will go down (or at least, not rise as much).

So why don’t we just build more?

We don’t build for a lot of reasons, but I would group them primarily in an effort to preserve the “character” of the places we live.

We are nostalgic for the houses that line some streets in Salt Lake City and were owned by prominent members of society in the 1800s and early 1900s, so we rally to oppose the developer’s plan for five-story apartment units to replace the historic homes.

We oppose housing that would replace a piece of farmland—we got used to driving past it each morning and seeing horses grazing in the early morning sun. Maybe we pulled off to the side of the road and took pictures for our Instagram at sunset as we drove home at night. The pastures and farmland in Alpine or Spanish Fork or Brigham City are part of what we think about when we think about our “place.” So we show up to the city council meeting to protest the developer’s rezoning request.

We oppose luxury condo projects because we’ve never met someone we liked who owned a luxury condo. Maybe we figure that we should hold out for more affordable housing, something more noble than some modernist, sterile monument to urban rich people.

But then we also oppose affordable housing, not because we look down on those who would live there but because we think this particular development is just not ideal for the existing character of the neighborhood. Yes, please build, just not here.

Compounding this problem is that high housing prices create incentives for existing owners not to support increasing housing supply and affect prices. After all, if the price of homes goes down or stagnates, you are now messing with my most valuable asset: my house. Over time the newer buyers begin to have mortgages proportional to the high prices, and going underwater on a home is a disaster—as we saw in the Great Recession.

In the Bay Area, entire communities are practically frozen by their own reluctance to build more housing. As a result, there is a palpable stagnation in 1,000 square foot homes built in the 1950s that are listed for $2.5 million.

Lack of housing crowds out the school teachers, firefighters, and police officers who would work in those communities, with the remaining people who can afford to live there uniformly well-off.

In Utah we are still a fairly builder-friendly place. But the seeds of a Bay Area-type problem seem to be planted here as well. You see evidence of it in the way people talk about new developments and the opposition to building despite historically tight housing supply. You probably see it in your own instinctive opposition to certain projects close to you. I know I have.

The way out of the Bay Area trap lies in adopting a default, pro-building approach to housing. Here are three suggestions for how this pro-building mindset works.

First, we should preserve and defer to the rights of landowners (including developers) to build housing. Japan, for example, has broad protections for property owners and a simplified zoning model that significantly reduces the barriers to build. We should resist the urge to use zoning to artificially constrain housing to low density because of aesthetic preference.

Second, we should resist the urge to protect every older building, recognizing that historical significance is subjective and ultimately less important than serving our present and future housing needs. This shift can be difficult emotionally—I love historic homes and historic neighborhoods. Of course, there will still be historic homes and neighborhoods where the housing market supports them. Freedom to build is also freedom to restore—there is nothing to prevent someone from purchasing one of these historic homes, restoring it, and happily owning it for as long as they like. But that isn’t the only valid fate of a historic home or building.

Third, we should use public and private initiatives to preserve open spaces, including through conservation easements. Being pro-build does not require us to be anti-open space, and we have to be proactive to create parks and nature for the future.

Utah’s economic engine is roaring. People want to stay here and enjoy everything the state offers. Leaning toward building by default gives our communities their best chance of fostering opportunity. We won’t lose the true character of our state by building enough housing for people to live and work. But it takes each of us to adopt this mindset and have the courage to support building where possible in our own communities.