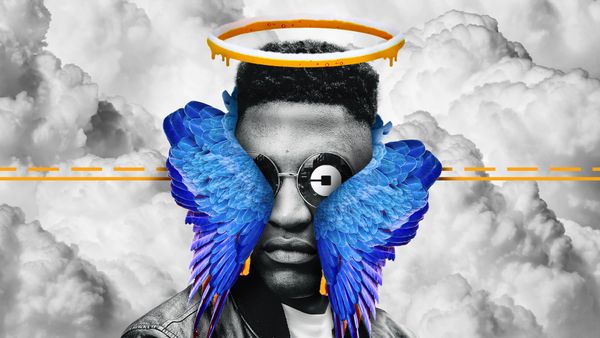 Meg’s journey through the burgers of Utah continues. “This burger voyage has led me to some unexpected realizations, one of those being that while on its own American cheese is gross, on a burger it’s amazing. Because it’s mostly chemicals it melts faster than the core of Chernobyl’s reactor #4, and because it has no real taste it adds a creaminess to burgers without distracting from the taste of the patty.”

You think millennials have it easy? Baby birds have it even easier. They’re taking Ubers and not even footing the bill! Just look at young Petey, a lesser goldfinch who cruised into the Wildlife Rehabilitation Center of Northern Utah in style. A very responsible drunk man had found the bird and determined Petey’s hydration levels were lacking. He called the wildlife center and was told to drive Petey in. Instead the man called an Uber and sent Petey on a solo journey that ends with the goldfinch healthy and thriving, according to the center’s executive director. What a heartwarming story. Can Netflix please secure the rights to Petey & The Drunk and start production immediately?

Utah scientists discover that crocodiles were once vegetarians. But, in the end, it was ‘survival of the carnivores.’ (Courtney Tanner, Salt Lake Tribune)

Science is sweet because you can say whatever about ancient creatures and no one can prove you wrong. It’s impossible. U of U scientists believe old-school crocodiles were vegetarians because they had weird teeth. I DARE YOU TO PROVE THEM WRONG. It’s not as wonky as it sounds if you think of all the vegetarians you know, though hopefully these crocs didn’t have B.O. Researcher Keegan Melstrom worked on the project for years, saying, “That’s how research goes. You kind of just smash your head against a computer for years until something works.” That actually does sound wonky. At one point Keegan shouted, “They’re herbivores! This is definitely a herbivore!” Hell yeah dude. Let loose. Tell us tales of these beautiful veggie crocs, make us forget all the man-eaters devouring Floridians.

Quidditch is a make-believe sport everyone agrees is now real. Salt Lake City is set to host our country’s Quidditch Cup, where teams from all over the United States will come to Utah and run around with PVC pipes between their legs (it’s a Quidditch thing, don’t ask). Local players like U of U beater captain (?!) Danika Liou are ecstatic: "It's a great community to be a part of. All of my friends I've made in college were through Quidditch...Honestly, I found my husband through (the team)." Full contact sport and the possibility of securing a mate? Sign us up.

“People think the water is clean to drink out of, but upstream, some guy might be peeing in it.”

The voice of Utah.